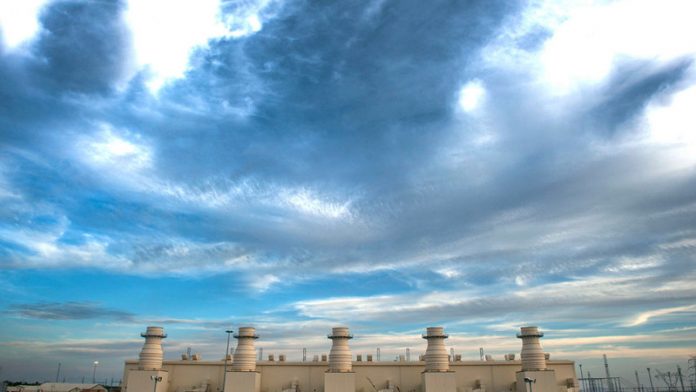 After a decade of stop-start development, the independent Dedisa peaking power plant in the Coega industrial development zone in Port Elizabeth, began commercial operations this weekend.

The necessity and economic rationale of Dedisa, and its sister plant at Avon in KwaZulu-Natal – which together cost about R11.8-billion – were previously in question, given that it was first proposed more than 10 years ago.

But the department of energy, which has spearheaded the project, said there remains a critical need for peaking capacity in the face of power shortages.

Ompi Aphane, the deputy director general for policy, planning and clean energy, said that converting the peakers could play an important part in creating “anchor demand” for gas and justify the potential development of a liquid natural gas terminal in South Africa.

The two peaking power plants are designed to dispatch electricity to the grid when demand rises, for example during the evening hours.

Given that they run on liquid fuel, the electricity generated from peakers is more expensive than the power from coal or renewables

Eskom has two peaking power plants, Ankerlig and Gourikwa in the Western Cape, which are also OCGTs. The utility has been forced to run these power stations for much longer periods than they were initially designed because of the extensive power shortages.

Earlier this year however, even the additional supply from the peakers was insufficient to prevent load-shedding across South Africa.

The independent Dedisa and Avon plants have been developed through a consortium involving Engie (formerly French firm GDF-Suez), local empowerment company Legend Power Solutions, Japanese firm Mitsui and the local community’s Peaker Trust, according to a statement issued by the consortium.

Dedisa will produce 335MW and the Avon plant, which is under construction and will come online next year, will push out 667MW.

Eskom has signed 15-year agreements to purchase power from Dedisa and Avon.

Running its own peaking power plants, Ankerlig and Gourikwa, has cost Eskom dearly. Last year, the power utility was forced to go to the National Energy Regulator of South Africa (Nersa) to claw back money through the regulatory clearing account, thanks to the excessive fuel bill it had incurred.

In its most recent annual report, Eskom said production from Ankerlig and Gourikwa for the 2014-15 year was 3 709 gigawatt hours (GWh) compared to a target of 2 092GWh, and the average load factor – which provides a gauge of the rate at which these plants have been used – was almost 17.6% versus a target of 9.9%.

Spending on the OCGTs amounted to R9.5-billion for the year, well over the budgeted R6-billion.

Eskom said the average cost of running OCGTs is about R2 573 per megawatt hour (MWh), versus the cost of power from renewable independent power producers, which averages R2 172/MWh, and its coal base load power stations, which cost R300/MWh.

“While the OCGTs were originally intended to provide only peaking power, they have continued to exceed targeted production as a means of closing the power supply gap,” Eskom said in the report.

“This raises concerns over the financial sustainability of Eskom, as a megawatt of power produced by an OCGT station costs almost nine times as much as the equivalent produced by a coal-fired power station.”

Eskom refused to discuss the price it would be paying for power from the Dedisa and Avon plants, saying it could not provide commercial information on arrangements with independent power producers.

In a bid to curb costs Eskom has for some time planned to convert its peaking plants to CCGTs, which can run on both liquid fuel and gas.

Once converted, Ankerlig and Gourikwa will provide baseload power rather than peaking capacity.

Eskom said it was working with the state oil company, PetroSA, on the conversion of the plants.

The conversion of Eskom’s Ankerlig and Gourikwa was planned for between 2016 and 2018 when the plants will undergo scheduled major outages, according to Eskom.

The Dedisa and Avon plants were first proposed by Cabinet in 2004 and have been subject to several delays. After initially selecting the AES Khanya consortium as preferred bidder, the department of energy terminated talks in 2008 and subsequently initiated discussions with the GDF Suez-led consortium.

Fierce opposition was voiced at the 2011 hearings held by Nersa, on the granting of generation licenses for Dedisa and Avon.

During his presentation, Gary Pienaar, then a senior researcher at the Institute for Democracy in Africa, said the need for the plants had fallen away and going ahead with them would “entail unnecessary costs for Eskom and will further increase electricity tariffs”.

Pienaar also raised questions about governance during the procurement process, particularly after the department of energy entered into talks with the GDF Suez consortium without reopening the tender process. But the department had said this was justified given the precarious state of the nation’s power system.

Aphane told the Mail & Guardian this week that when the project was initiated, there was a critical need for peaking capacity. This need had, if anything, increased. Now, given widespread shortages, it was “not even a question of peaking power” but rather any generation capacity that could be added to the grid, Aphane said.

The independent peakers have a seven-year fuel supply agreement. When this lapses, “a new supply agreement, based on gas” will be needed. Aphane said the seven-year period was adequate time to plan for the conversion of the Dedisa and Avon plants to replace the diesel supply with gas.

This factor, along with the plans to convert Eskom’s power stations to gas-fuelled CCGTs, as well as additional determinations made for gas-powered electricity under the integrated resource plan, would help to kick-start the development of gas infrastructure, including the potential for building a liquefied national gas regasification terminal, he said.

“One is able to aggregate all this demand and kick-start a regasification terminal project,” said Aphane.

Engie did not respond to a request for comment. But in the statement Arnaud de Limburg, chief executive of Dedisa Peaking Power, said he is “confident that in the frame of South Africa’s Gas Master Plan we will be able to convert the Dedisa facility to baseload and combined cycle as envisaged by the department of energy.”. This policy for gas development is still to be published.

The power from peaking power plants is more expensive than other sources of electricity, but the money to purchase this power was granted to Eskom as far back as the second multiyear determination, announced in 2010, which ran until 2013. This is the process by which Nersa decides the tariff Eskom may charge customers.

Aphane said it was not so much the expense of diesel that resulted in the high costs of running peakers; the use of these plants beyond what they are designed for “becomes the expensive exercise”.