Sugar vs syrup – the bitter reality 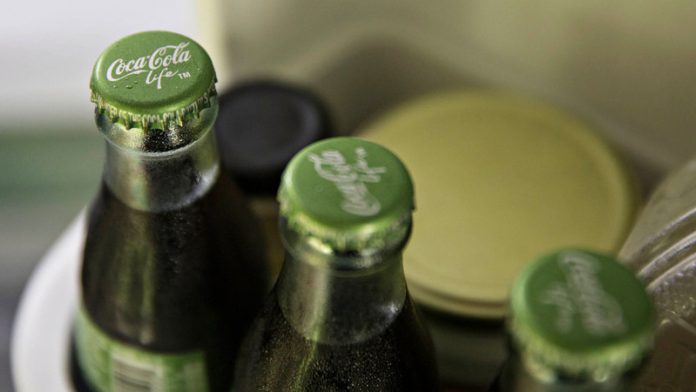 Big Sugar and Big Syrup are heading for a showdown. After years of bickering, United States sugar companies and their rivals, the makers of high-fructose corn syrup, are going to trial over what exactly constitutes a “natural” sweetener.

Billions of dollars are at stake. But this legal dispute masks a bitter reality for both sides: Americans are consuming less sugar and corn syrup than they used to. Nutritionists agree with what parents have been telling kids for a long time: too many sweets are bad for you.

“It’s like comparing Camel versus Marlboro cigarettes,” said Walter Willett, the chairperson of the nutrition department at the Harvard University school of public health.

That might be extreme. But shifting consumer tastes help to explain why corn syrup giants such as Archer-Daniels Midland and Cargill have been looking beyond the sugar-or-syrup debate to develop alternative sweeteners and to expand into the market for new flavours. Cargill, for instance, in 2008 introduced Truvia, a no-calorie sweetener made from the herb stevia. It’s now the best-selling sugar substitute after Splenda, according to data from the Chicago-based market research firm IRI.

Stevia has found its way into top brands. It’s now in Coca-Cola Life, Pepsi True and Celestial Seasonings teas, as well as in sugarless salad dressing, chocolate and chewing gum. Zevia cooldrinks, which use stevia, also include monk fruit (Siraitia grosvenorii), which is also called luo han guo, as a sweetener.

Cargill said last week it has developed a way to produce molecules in stevia through fermentation, which may be cheaper and easier than extracting the minuscule amount of useful chemicals in each leaf.

The move towards “clean labels” is being driven by millennials, who value natural products over pricing, said Duncan Fox, a Bloomberg Intelligence analyst.

The battle between sugar and syrup is coming to a head. A coalition of big sugar growers and refiners sued in 2011 over a Corn Refiners Association advertising campaign claiming corn syrup was as natural as sugar and a nutritional equivalent.

The sugar and corn companies are scheduled to be back in court on Tuesday to argue over whose expert witnesses will testify. A Los Angeles jury will then hear the case in November over whether to punish the corn association and leading members, including Archer-Daniels Midland and Cargill, by fining them up to $1.6-billion, the amount sugar companies say the defendants earned by allegedly misleading consumers. That sum includes what the sugar companies said they spent on marketing to counter those claims.

Unlike organic, federal regulators don’t have a strict definition for “natural”, making the debate less clear-cut for the jury.

“From a food science perspective, it is difficult to define a food product that is ‘natural’ because the food has probably been processed and is no longer the product of the earth,” the Food and Drug Administration says on its website.

The plaintiffs in the case include American Sugar Refining, which calls itself the world’s largest vertically integrated cane-sugar refiner. The company is part of the sugar empire of the Fanjul family, which came to Florida after the Cuban revolution.

Archer-Daniels Midland, Cargill and their codefendants in turn seek $531-million for damages they say they suffered from the sugar group “preying upon consumers’ food fears”. The corn refiners argue there’s no scientific proof linking corn syrup to obesity, which surged in the 1970s but has continued to increase as corn syrup consumption has fallen.

Whatever the trial’s outcome, both sides will still have to contend with consumers. And, as Willett pointed out, “natural” doesn’t necessarily mean healthy. “Nature contains some of the most poisonous substances we know,” he said. “And some things are natural, but we consume them in a very unnatural way.” – © Bloomberg, with assistance from Jennifer Kaplan in New York