The problems facing Liverpool’s next manager 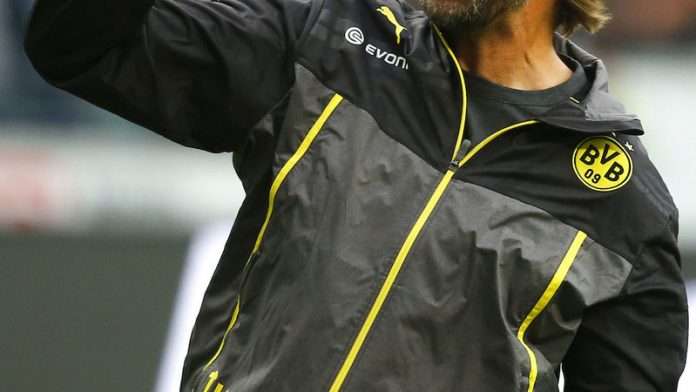 Brendan Rodgers turned his final press conference as the Liverpool manager into a personal defence, stressing patience and the need to rebuild. Yet it will be someone else who will inherit these and other issues.

Liverpool’s squad
The new coach – Jürgen Klopp, should he accept the invitation – inherits a playing pool of shallow quality. Christian Benteke and Roberto Firmino were absent from Rodgers’ final game owing to injury but, even if they had been fit, Liverpool’s squad at Everton on Sunday would not have looked equipped to deliver on the club’s top-four ambition. Philippe Coutinho brings creative class, albeit inconsistently, Daniel Sturridge scores goals but is frequently injured, and the young potential that Rodgers was tasked to develop is there in Joe Gomez.

Yet there is no outstanding core to this Liverpool team and the owners’ conviction that Champions League qualification is a realistic aim is at odds with the talent at the new man’s disposal. Rodgers had to contend with several seismic losses during his 40-month reign – add Jamie Carragher’s retirement to the departures of Luis Suárez, Steven Gerrard and Raheem Sterling. All were inadequately replaced. Before what proved Rodgers’ final home league game and win as Liverpool manager, an unnecessarily nervous 3-2 defeat of Aston Villa, he was asked whether mediocre results are inevitable considering his best players had been replaced by mediocre ones. Many managers would have snapped at the blunt, insulting question. “I think that’ll be for other people to write,” replied Rodgers, adding he accepted working with players the club brought in.

The transfer committee
Players the club brought in. That line was always Rodgers’ way of saying player recruitment was not the sole responsibility of the Liverpool manager under Fenway Sports Group (FSG), and that will not change now he is gone. Liverpool’s owner did not reinvent the wheel when assembling a group for the delicate task of signing new talent – the focus on it may suggest otherwise – but signing players without the manager’s wholehearted approval (Mamadou Sakho, Alberto Moreno and Firmino) and not giving him the final say on deals created conflict where there must be co-operation. In sacking assistant manager Colin Pascoe, first-team coach Mike Marsh and ultimately Rodgers before turning to a replacement prepared to work within the existing structure, FSG has shown more faith in its system than in the coaching set-up it appointed to bring it to fruition. Almost £300-million was spent on 31 players during Rodgers’ time as a member of the transfer committee.

With minimal return. £120-milion was spent on seven players during Kenny Dalglish’s brief second spell in charge with Damien Comolli as director of football. Similar results. The common denominator can be found in Boston. It is where the new manager should look for a compromise, rather than making one himself.

Breaking the economic model
Liverpool have the fifth-highest turnover in the Premier League and the fifth-highest wage bill. Their average league placing during Rodgers’ three full seasons in charge was fifth. It is not rocket science, as the former manager often said, along with the dispiriting warning that fifth was “probably where we are at”. Work is progressing on the new main stand at Anfield and the increased corporate revenue will help Liverpool close the gap on their rivals in terms of match-day income. The club made £51-million on match days in 2013-14, the last set of accounts published, compared with £108-million at Manchester United, £100-million at Arsenal and £71-million at Chelsea.

Manchester City made £47-million but that was before their stadium expansion and their owners can spend freely again now that the financial fair play rules have relaxed. the financial fair play rules were a major attraction to FSG when it acquired Liverpool from Tom Hicks and George Gillett in 2010 and this summer’s net spend – £14-million excluding the long-awaited tribunal fee for Danny Ings – may reflect a belief in Boston that the Premier League’s uneven playing field will not be addressed by Uefa after all.

Attracting the best talent
Klopp is box office. Rodgers, with all due respect to a manager who delivered a box-office Liverpool team only two seasons ago, is not.

Liverpool have missed out on a host of leading targets in recent years – Alexis Sánchez, Diego Costa and Dortmund’s Henrikh Mkhitaryan, to name just a few – while losing the best talent at the club. Rodgers was not to blame for Sánchez preferring Arsenal over Liverpool or for Suárez’s lifelong ambition to join a top Spanish club but Klopp has the charisma and title-winning pedigree that appeal to many players. Force of personality will only work for a while, however.

Liverpool’s record of one Champions League qualification in six seasons is the principal reason they fail to attract or keep leading talent. It is why even Carragher was moved to compare his former club to Tottenham Hotspur on Sunday. Liverpool are no longer an elite European club. Their recent domestic record is one League Cup since 2006. When a coach of Klopp’s calibre is available and, attracted by the prospect of revitalising a historical club, that club has to act.

No clear playing identity
Not a problem to deter a manager with a clear vision of how his team should perform – a quality Rodgers possessed when he first arrived from Swansea City and sadly lost – but Liverpool have been without an identity and in constant transition since Suárez left for Barcelona in 2014. Confusion over tactics and players’ best positions characterised Rodgers’ final months in charge, with the inevitable impact on results and performances damaging morale at Anfield.

As Jan Molby wrote in the Liverpool Echo on Monday: “With the investment they [FSG] have made, you would have expected us to be making more progress, by which I mean permanent progress in having a clear way of playing, a clear system, and buying players for that system. I’ve rarely had that impression during the last 18 months.” – © Guardian News & Media 2015