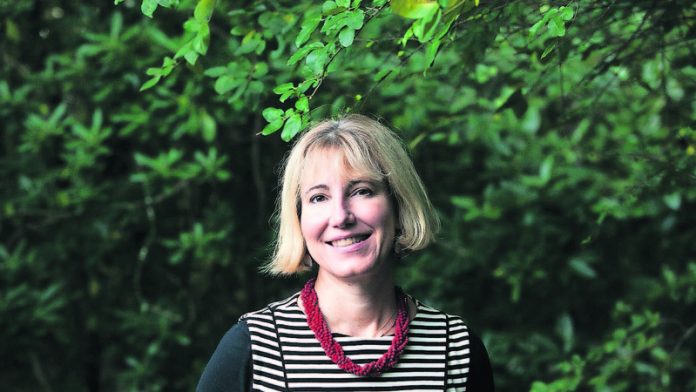 Born in Durban, Elleke Boehmer is professor of world literature in English at Oxford ­University. ­Adding to her fiction and nonfiction, which ­includes a biography of Nelson Mandela, is her new novel, The Shouting in the Dark (Jacana), from which these edited extracts are taken.

Ella doesn’t betray her communist susceptibilities to a soul. In fact she enjoys hugging them close. But then she stumbles on a surprise fellow thinker. One hot summer’s day the father announces from the dining-room door that he’s been pondering things, this damned mess in the world, these kut [cunt] politicians everywhere. Ella under the table looks up from her photo-comic. He has come to an important conclusion he’d like his daughter to hear, he says, which is this – his regard for South Africa notwithstanding, he nowadays has time for the Soviet Union.

He wipes the sweat off his ­shapeless purple nose, so like BJ Vorster’s. Yes, though he resents how the Russian Bear is the puppetmaster in Africa, he admires the cunning way they go about pulling the strings. In truth, it’s his regard for South Africa that leads him to embrace the ­Soviets.

Ella watches the father’s polished shoes march across the floor and come to stand beside her head, planted on either side of her photo-comic. “Things have come to a limit, meid, a bloody limit,” he says, a high-pitched note whistling through his loose front teeth. Usually, when he finds her photo-comics lying around the house, he puts them in the bin. Today he takes no notice of what’s at his feet.

“That slime Henry Kissinger, that insect-faced David Owen,” he goes on. “They’re coming over here yet again to slap BJ Vorster’s wrists, bloody boss us about, the cunts, tell us how to run the place. I just read it in the paper. I say, let’s show them what we’re made of. Let’s be the strongmen of the world for a change, the real strongmen who bring about real solid effects. Let’s stand up to them. I’d as soon as support Brezhnev’s Russia as the rotten West, as long as it enforced law and order, which it does. What do you say we write direct to the Russians, appeal to Mr Brezhnev the Soviet leader, ask him to give us a hand?”

Write to Mr Brezhnev … ? Ella has to twist her neck round to look up at him. Can he be serious? Has he peeped into her thoughts and found the picture of the Cuban insurgent lurking there? For the first time in years he holds her gaze.

“Yes, meid, you’ve got it – you and me, we write to Brezhnev. He’s bound to have a better idea of how to proceed than these interfering do-gooders. Like our Nat buffoons here, he talks tough but also acts tough. He knows how to keep hold of power by whatever clever means short of ­cruelty, and perhaps not even then.”

Early that Saturday Ella and the father sit down to write their letter to Mr Brezhnev at the glass-topped table on the verandah, a Croxley Cambric writing pad open between them, a fresh piece of sticky carbon paper slid under the top page. Their unfamiliar solidarity makes her skin prickle. Out of the corner of her eye she sees him scrub at the sweat on his forehead with his hanky. She averts her eyes. She doesn’t like to think about the sweat droplets running like abacus beads along his Brylcreem-polished hair.

The mother brings the father his morning coffee, iced for the heat, then retreats indoors. “Told you to switch that television …” she murmurs in Dutch, as if to herself, lips pursed in disapproval.

“Come,” the father draws his Bic from his pocket and hands it to Ella. “You’re quick with your pen, good at English. Write now, Dear Mr Brezhnev, and make sure the carbon paper’s taking. We must do a copy for Mr Vorster. We’ve nothing to hide. We’re proposing only what’s good for the nation and will make us stronger. Everywhere but in South Africa and the Soviet Union and its allies, the world’s going down the pan. South Africa must learn from the strong-arm example of the Soviets, like the Cubans do, rather than yammering about insurgents on the border.”

Hard and shrunken as Ella’s heart now is, there is one place, secret, loamy, where it won’t go smaller. A strong force pushes at this place, a green, growing shoot that came up quite suddenly and every day stretches taller. This desire to touch and be touched, this sticky persistent desire – this hunger to be beside, against, another body, it threatens her determination to make her heart small.

Touch, touching, being touched – almost all the time, whatever she’s doing, reading on the lawn, sitting at her desk at school, Ella tries to imagine the touch of this other body, this face bent to hers. She imagines the hand on her hand and the warm arm leading up from the hand.

And, no, it isn’t a nameless hand she imagines, or a faceless body. She can see the hand clearly. She can see the arm leading up to the brown sinewy shoulder. She can almost feel this breathing body here nearby her, beside her, close – so close its presence tightens her stomach like a fist.

These two hands, she doesn’t mistake them. These two hands in her daydream are ordinary everyday hands, she knows them well. These hands with their long thin fingers are used to pressing tiny seedlings into the earth. She has seen them often, patting the wetted soil around the slender green stems.

It happened before she properly saw it coming, this strong nameless feeling that has grown between herself and Phineas, this lovely dangerous thing. Phineas is, after all, the gardener, the native, the African garden boy. But she herself is African as well as native – way back she proved it. She is flesh of the flesh of all other African creatures and wild things. She and Phineas are of the same flesh.

On Saturdays, Phineas’s day in the garden, the father bans Ella from sunbathing. She contrives other ways of being outside, secretly in his vicinity. With the father keeping more to the house, this is often possible. She hangs about and weeds, clips borders, finds jobs that don’t get in his way. She’s near enough to him to be able to sense his movements around the garden, spot bits of him coming around corners, his hands on the wheelbarrow’s handles, the sharp crease that forms in the back of his knees as he bends, hoes.

The thing between herself and Phineas, Ella knows, doesn’t come only from her. It’s something between them. It has grown from the look they shared that first day she gave him a glass of water. She sees how he tips his head in her direction when she’s outdoors. Even the nape of his neck when she moves about the lawn seems alert to her, as if he’s always about to turn around to see her. The look they shared that day planted a seed from which this strong green shoot has sprung.

Phineas asks the father if he can please come to work an extra afternoon, Wednesday as well as Saturday. He wants to earn more money to help his family, he says. Plus the garden can do with some extra assistance. Ella overhears his request, feels herself blush.