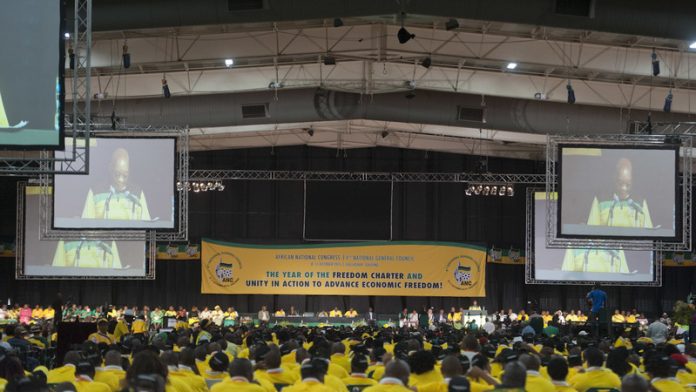 If there is one ANC alliance partner that emerged the biggest loser at the party’s national general council (NGC) last weekend it has to be the South African Democratic Teachers’ Union (Sadtu).

Judging from the NGC resolutions, the basic education department’s detrimental shortcomings on improving teaching in public schools were downplayed and ignored.

But resolutions were taken in favour of issues Sadtu vehemently opposes on the basis they do not make sense for improved teaching and over which its members are sensitive.

Forget the resolution by the ANC on the Annual National Assessments (ANAs) that the party supports them; the cacophonous bang on Sadtu at the conclusion of the NGC was that the introduction of inspectors in schools should be fast-tracked.

Sadtu opposes outright school inspectors, way more than the ANAs. In fact the union does not completely reject the assessments, but – along with four major unions in the country – wants them written triennially.

The inspection system collapsed in the early 1990s after Sadtu’s members embarked on rolling protests against it. Teachers hated that an official would just rock up in their classroom and stand at the back observing how they were teaching. Samson Gugulethu Nkambule, whose 2010 thesis for a master’s degree at the University of Pretoria addressed school inspection as a monitoring instrument, previously told the Mail & Guardian most teachers were still emotional about inspectors.  “There is still resistance from the democratic teachers’ union to school inspectors because its members regard their abolishment as their victory.” His research found that apartheid-era inspectors were unpopular with teachers because they were “autocratic, subjective and judgmental when evaluating the performance of teachers”.

A veteran teacher in Mpumalanga told the M&G in 2013 inspectors caused misery in public schools. “Many principals died of stress because of these people who would burst into schools and intimidate everyone.” He failed to see how inspectors would fit into a democratic South Africa. “Apartheid was fertile ground for the inspectorate system to thrive. It will not survive in the democratic order where people can make their voices heard.” But reading the NGC resolutions, President Jacob Zuma said the “ANC has called for … fast-tracking of the introduction of inspectors in schools”.

School inspectors appear to be Zuma’s personal preference. Zuma seems to believe the system is key in ensuring teachers are in class on time and teaching a full seven hours each school day.  Delivering his political report at the ANC national conference in Mangaung in 2012, Zuma said he wanted inspectors back and hinted it would happen even if the unions opposed it. “Some of our friends in labour don’t like this idea,” Zuma said at the time. “If they don’t, we will just send them to find teachers not doing their work.” What followed after the Mangaung conference was a push by Lindiwe Sisulu in 2013, who was minister of public service and administration, to have inspectors back in schools.

But Sadtu stood its ground, and told Sisulu to mind matters concerning her ministry and leave education to Basic Education Minister Angie Motshekga. The union’s general secretary Mugwena Maluleke at the time argued inspectors were not wanted because they used to treat teachers badly during apartheid. “They were just there to find fault, policing teachers without playing a developmental role.”

Maluleke was a teacher in Limpopo when inspectors still operated. “School inspectors traumatised us. On the day they came you didn’t teach. You were in an emotional state. Their approach was [to be] threatening, insulting, undermining.” Instead of the return of inspectors, Sadtu argued teachers needed a proper continuous skills development and training system. This would help cultivate teachers’ content knowledge as they adapt to curriculum reform.

“In most centres, teacher support/training is not provided on a daily/regular basis due to the general lack of capacity,” the department’s presentation to the committee said.

But problems in the centres were vast, with the presentation, for instance, revealing “some of the centres do not have good infrastructure and lack training spaces”.

A number of the centres did not even have subject advisers. These are subject experts whose full-time job is to cultivate teachers’ content knowledge as they adapt to curriculum reform.

Unions, including Sadtu, prefer subject advisers to inspectors. “Subject advisers are crucial because they work with teachers instead of policing them,” Maluleke once told the M&G.

But alas, the ANC wants inspectors back in schools. Sadtu must be kicking itself for being the biggest loser of the week in the tripartite alliance.