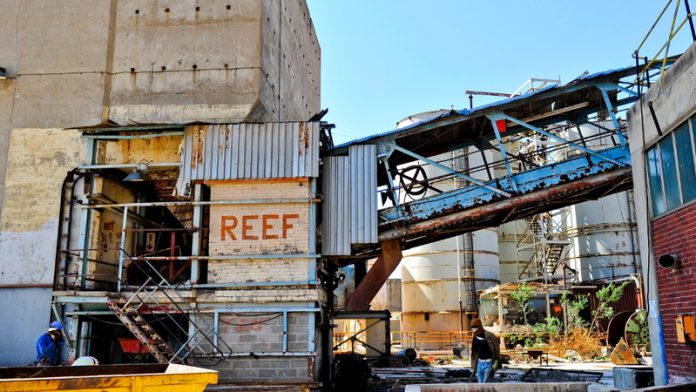 Shortly after lunch on Monday, Wim Trengove SC turned to a question that will likely become critical in the months to come. Is it necessary to prove that gold miners became sick directly as a result of their employers’ alleged negligence?

That day, thousands of gold mineworkers, represented by Richard Spoor Attorneys, opened a case in the high court in Johannesburg to have their case certified as a class action suit. The applicants are suffering from silicosis, an incurable and progressive pulmonary disorder that is caused by silica dust, present in the gold mines of the Witswatersrand and the Free State.

The miners ultimately want 32 gold mining companies to pay damages for what they allege was a failure to adequately prevent their illnesses. Many others suffer from tuberculosis (TB), which they claim also came about from unsafe working conditions underground.

The miners worked underground in the gold mines from 1965 onwards. Many others have died of the disease and their families are seeking compensation.

Wim Trengove SC represented the applicants on Monday. He submitted that the mining companies caused their workers’ illnesses because it was cheaper to pay statutory compensation fees than to put in place safety measures that could have prevented them becoming ill.  The mining companies will respond to these allegations in the case, expected to last around two weeks.

In order for the class action to be certified, the court heard on Monday, this court must be satisfied that there is a prima facie case to be made against the mining companies. It does not have to decide on the merits of the case, but it must be sure that there is a case to be made.  Trengove touched on what would be argued, should the case proceed to trial, providing insights into what the potential implications of the case could be in law.

Would the applicants in this case be able to sue if it could be shown that there was no negligence on the part of the mining companies, but they had become sick anyway? Probably not.  Or that’s the way the law used to work, anyway, argued Trengove. But since the majority judgment in “Lee”, in the Constitutional Court, the “but-for” test is more flexibly applied, Trengove submitted.

Dudley Lee contracted TB in prison and sued the state for damages. Because Lee could not prove that he would not have contracted TB if the department of correctional services had taken reasonable measures to prevent his illness, the Supreme Court of Appeal (SCA) dismissed his case.  In other words, there was no causal link between what the department did wrong, and his contracting TB.  Lee appealed to the Constitutional Court. In a majority judgment, the Court found that South African law allows for a more “flexible” approach, Trengove told the court on Monday.

He said that the ConCourt held that a plaintiff does not have to establish a solid causal link, but only to establish “that the wrongful conduct was probably a cause of the loss”.  Trengove submitted that the silicosis miners would fall under the Constitutional Court’s more “flexible” approach, rather than the SCA’s “mechanical” approach.  On paper, the miners said there was “ample” evidence that supports this. Most obviously, that preventing exposure to harmful amounts of silica dust prevents silicosis. And that the industry had failed to implement universal norms that would prevent exposure to large quantities of silica dust.

“It follows that, as in Lee, the test for causation is satisfied because the mineworkers contracted silicosis and TB as a result of the dangerous and unhealthy circumstances under which they worked due to the respondents’ failure to protect them,” said the applicants in their court papers.

Even if the applicants were wrong, Trengove said, there was another legal argument to be made before a trial court. The applicants want the trial court “to develop the common law on the onus of proof for negligence and causation”.

On the papers, the applicants said one such outcome could be that the onus could be placed on the respondents in cases like this to prove that they were not negligent, once an employee becomes sick as a result of their work.  Arguments continue on Tuesday.