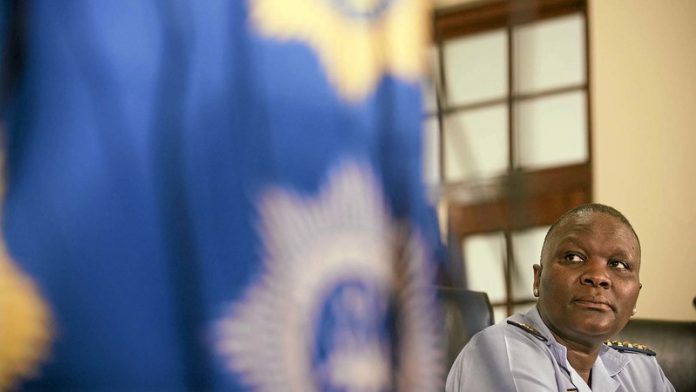 The presidency announced in a press statement on Wednesday afternoon that Phiyega’s suspension was with immediate effect and on full pay.

“The suspension is to endure pending any decision that is made following upon the recommendations in the board of inquiry into allegations of misconduct, her fitness to hold office and her capacity to execute official duties efficiently,” said Zuma’s spokesperson, Bongani Majola.

Zuma seemingly announced that Phiyega was suspended without warning her. She was in Parliament answering questions at a portfolio committee meeting.

It was no different for former police commissioner Bheki Cele, who was manning a road block in Mpumalanga when the news dropped of his suspension.

It is unclear when the portfolio committee on police found out about Phiyega’s suspension.

Head of forensic services at the SAPS, Phahlane has been in a tussle previously with police union Popcru, which accused him of corruption.

Popcru spokesperson Richard Mamabolo said that while they would not want to comment on the acting commissioner, the union would stand by Phiyega.

Board of inquiry
Phiyega wrote to Zuma on September 28 giving reasons why she should not be suspended.

Earlier in September, Zuma established a board of inquiry following recommendations by Judge Ian Farlam in the Marikana report.

The presidency said Judge Cornelis Claasen would chair the inquiry and be assisted by advocates Bernard Khuzwayo and Anusha Rawjee.

The inquiry would determine her fitness to hold office.

In Farlam’s report, Phiyega’s actions on August 16 2012, when 34 mineworkers were shot dead in Marikana, were criticised.

The terms of reference of the board of inquiry include investigating whether Phiyega, acting with others in the SAPS leadership structures, “misled the commission” by hiding the fact that they had authorised the “tactical option” during a management meeting the day before the killings. It would also investigate if Phiyega, while taking the decision to go the tactical route, could have foreseen the “tragic and catastrophic consequences which ensued”.

Zuma wants the inquiry to establish whether a report prepared for him and a media statement issued on August 17 were “deliberately amended” to hide the fact that there were two shooting incidents, “resulting in misleading the public that all the deaths had occurred at Scene 1, which arose out of members of SAPS having to defend themselves from an advancing mass”.

A board of inquiry into suspended national police commissioner Riah Phiyega's fitness for office was concluded on Friday pending a final finding.
Read more
Advertising
Continue to the category
National