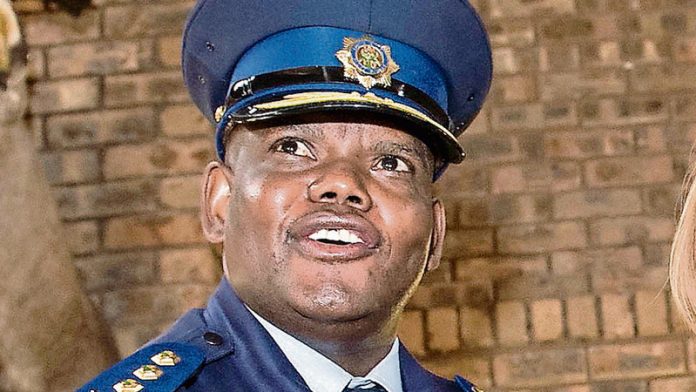 If acting national police commissioner Johannes Phahlane’s fans – of which there are quite a few – have their way, the “acting” part will not be in his title for very long. Then he will just have to win over the biggest union in the police – with which he has clashed in the past – and he will have the chance to put the South African Police Service (SAPS) back on track.

“This is an audition,” said a former high-ranking police insider. “If he passes the test, [President Jacob] Zuma will appoint him, definitely.”

Phahlane was relatively unknown until Zuma announced his acting appointment on Wednesday, shortly after announcing the suspension of commissioner Riah Phiyega.

But in the SAPS it was an open secret that he was in the running for the position, despite being neither a provincial commissioner nor one of Phiyega’s ­several deputies.

“If you appointed one of the commissioners it would be the same as re-appointing Riah,” said a police manager.

Parliament may also have had issues with the appointment of any ­deputy or provincial commissioners.

Those ­commissioners, combined as a board of commissioners, drew the ire of the portfolio committee on police after expressing, in writing, their “full support for … Phiyega” in August.

Phahlane was not part of the group, yet was sufficiently senior to be in Parliament, before the portfolio committee, when Phiyega’s suspension was announced.

Supporters say he is experienced, tough, articulate and “clean”.

“This guy, he only drinks Rooibos, not even coffee,” joked one.

They also describe him as nonpartisan, which amounts to an extraordinary compliment amid the fierce internecine battles within and between various police structures.

Phahlane isn’t expected to play a significant part in the board of enquiry examining Phiyega’s conduct and fitness to hold office, something insiders believe may also have counted in his favour.

But the new acting commissioner has few fans among the top leaders of police union Popcru, which has consistently expressed its absolute support for Phiyega in recent months.

In 2011 and 2012, Popcru formally complained about everything from mismanagement to graft at the police forensic services division then under Phahlane’s command.

Phahlane accused Popcru and several individuals of defaming him in the course of making those allegations, which saw angry comments from Popcru lobbed right back at the union by Phahlane’s lawyer.

A report dismissed many of Popcru’s allegations, but found severe deficiencies in a procurement system established by Phahlane and recommended an investigation into irregularities under his watch.

This week, Popcru would not comment directly on Phahlane or his appointment, saying only that it still stood behind Phiyega.

Phiyega was suspended on full pay and her future will be determined by an inquiry chaired by Judge Cornelis Claasen assisted by advocates Bernard Khuzwayo and Anusha Rawjee.

Both the inquiry and Phiyega’s suspension has been welcomed by a wide range of political parties, unions and civil society organisations. None of those contacted by the Mail & Guardian would immediately comment on Phahlane’s prospects or fitness for the top policing job.

The guidelines follow a court order in the case of Collins Khosa, who died after an alleged assault by members of the army and the Johannesburg metro police
Read more
Coronavirus

Why calling the police is not an option for me

Brutality at the hands of those meant to protect us is just too common in our society and is mostly targeted at poor, black people
Read more
Coronavirus

In court papers, the family says the investigations into the death of Collins Khosa are neither impartial nor effective
Read more
Coronavirus