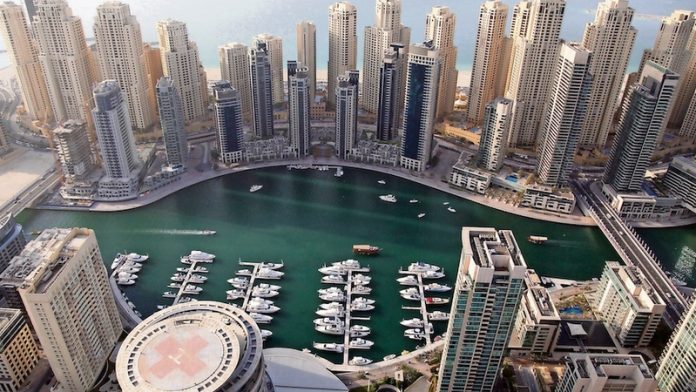 South Africa is allowing MTN potentially lucrative tax credits on money sent from its African operations to a letterbox company in Mauritius.

The Mauritian entity employs no staff and cannot, therefore, physically provide a service.

It was also reported that several African authorities are challenging these payments, which reduce MTN’s taxable profits in those countries.

Now MTN is fighting to keep the tax break in the face of a treasury proposal that it should be scrapped.

The South African government included the tax break in the Income Tax Act in 2012 as an incentive to companies such as MTN to keep their headquarters on South African soil and, in MTN’s words, to “export skills to the rest of Africa”.

A giant MTN billboard on a building in Lagos. (George Esiri/Reuters)

The incentive did away with double taxation, because some African governments were “incorrectly” withholding taxes on management fees, according to a South African Revenue Service (Sars) note.

But last year the treasury appointed a tax review committee, led by Judge Dennis Davis, which made several proposals, including that the tax credit should be reconsidered.

The committee argued that, in handing out the credit in lieu of foreign taxes on African management fees, South Africa was “giving away its tax base”. It recommended that South Africa should rather “develop a coherent policy in respect of [bilateral tax] treaty negotiation and interpretation”.

Davis’s proposal attracted strong opposition from MTN. Last month, its tax head, Carel Gericke, appeared before Parliament’s finance portfolio committee to argue that South Africa should continue to lose out because the management fees created jobs here. He intimated that MTN might move its headquarters abroad if the tax credit was removed.

In a slide presentation, Gericke explained that, to capitalise on the new tax credit provision, MTN established a South African-based “shared services hub” in 2012. It expected this to employ 500 staff by 2018.

Faced with the withdrawal of the credit, he told MPs, “the question is whether or not our shared services centre can continue in South Africa”. This would be “bad for employment in South Africa”, he said.

He did not mention that all management fees from MTN subsidiaries abroad are paid to offshore companies. About 55% of these fees end up in a Mauritian company with no staff. The remaining 45% is routed to Dubai, a jurisdiction that levies no tax whatsoever. MTN employs more than 100 staff members there.

MTN refused to disclose how much it claims in credits and for which African countries.

In last week’s article, we reported that MTN’s management fees have been challenged in at least Uganda, Nigeria and Ghana. The company said it did not claim the South African tax break for payments from these three countries.

It also said it was not allowed to claim against any management fees paid to Dubai. It appears, therefore, that it only claims against some of the fees that go to Mauritius.

Its spokesperson, Chris Maroleng, said: “All tax credits claimed by MTN were legitimately claimed within the ambit of the law. There are no legal requirements (JSE, international financial reporting standards, tax or otherwise) for MTN to publicly disclose information on tax credits claimed. As such, MTN does not disclose this information publicly.”

Although MTN said MTN Mauritius pays its own management fees to two MTN companies in South Africa, it refused to disclose how much and admitted that not all the money came to South Africa, raising questions about how these payments support South African jobs.

For example, in 2010, when MTN Mauritius received hundreds of millions of rands in management fees, only R58-million found its way to one of the South African companies. It was not possible to establish what was paid to the other local operation.

Maroleng did not explain how the fees helped to create jobs in South Africa if they were being paid to a shell company in Mauritius.

Having answered seven rounds of questions from amaBhungane and Finance Uncovered since March this year, MTN has declined to provide further answers.

“Some of the rebates may be disallowed on audit”

New figures released this week to amaBhungane by Sars reveal that the tax credit is enjoyed by many companies. In 2013, 297 taxpayers claimed credits and 382 claimed for last year. Tax returns are still being submitted for 2014.

About R370-million has been claimed since 2013, excluding the outstanding tax returns. This appears to be a modest amount, although the potential future benefits for service companies are likely to be higher.

It seems likely, therefore, that MTN has not claimed huge amounts under the tax credit. But the fact that it can do so for fees that are paid to Mauritius has wider significance, given the number of South African companies that are using the provision.

Last month, a procession of accountants, tax advisers and financial professionals joined Gericke before Parliament’s finance committee to make the case that the tax credit should remain in place.

According to a document before the committee, the treasury had reported that companies were “abusing” the tax break.

Sars spokesperson Babs Naidoo said he could not comment on MTN. But he said that, of the R370?million granted to date, “some of the rebates may be disallowed on audit, if invalid or excessive”.