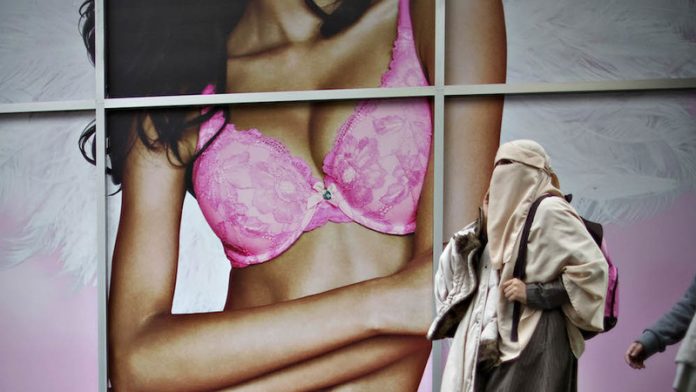 A Canadian election campaign that began amid widespread concern over a faltering economy has turned into a national referendum on the rights of immigrants, with the Conservative government of Stephen Harper, the prime minister, gaining support for its hardline stance against Muslim women who veil their faces in public.

The “niqab issue”, inspired by the ruling party’s legal campaign to prevent one Pakistani immigrant from veiling her face in the ceremony held to formalise her citizenship, remains divisive as Canadians prepare to vote for a new government on October 19.

Although polls show that a substantial majority of Canadians support the government position, opponents denounced it as a dangerous, “disgusting” attack on the country’s fragile multicultural harmony.

With the latest polls showing Justin Trudeau’s Liberal party gaining ground on the Tories, attention is now focused on the bloc of voters yet to signal its intentions: hundreds of thousands of immigrants in the suburbs surrounding Toronto.

From the campaign’s start, no party doubted the importance of winning these polyglot districts, where more than four in every 10 citizens were born outside Canada. After decades of frantic growth, there are now more seats available here than in most Canadian provinces. It is here that the decisive battle of the national election is taking place.

A Canadian election campaign dominated by debates over the rights of immigrants is ironically fast becoming a two-way race to be decided by immigrants.

The question is whether the Conservatives’ effort to mobilise their nativist base in the rest of Canada using expressions of religious intolerance has tarnished their appeal to the immigrant voters.

Suburban Toronto voters shocked the nation four years ago by handing the Harper Conservatives all but one of the two dozen seats then available in the “905”, named for the new telephone code the district’s explosive growth made necessary.

Unique among rightwing parties in the West, the Canadian Conservatives targeted immigrants as a voting bloc naturally receptive to a message blending social conservatism with laissez-faire economics. Immigrant voters responded by turning Harper’s minority government into a majority, overturning a long tradition that automatically allocated their votes to the Liberals.

“If you want to form a government, you need to win 905,” said local Liberal candidate Navdeep Bains.

Similar breaks won’t come so easily to other Liberals fishing for suburban votes in these muddied waters. Like Bains, Liberal candidate Rob Oliphant is running to regain a suburban seat he lost in the 2011 Tory sweep. But when a Muslim door opens during his canvasses in Muslim-majority Thorncliffe Park, Oliphant is more likely to be scolded than praised because of a controversial new sex education programme introduced in Ontario schools by a Liberal provincial government, which has sparked outrage among conservative Muslims.

“I’ve heard this a thousand, two thousand times,” Oliphant sighed when yet another Muslim woman challenged him about sex education during a recent canvass, repeating that the federal party has no control over the provincial government.

Ignoring the niqab controversy that has obsessed the rest of the country, frustrated community leaders are now urging local Muslim parents to punish the Liberals on October 19.

Adding to the confusion, a year ago, the same immigrant voters currently protesting sex education voted overwhelmingly in favour of the provincial Liberal government that introduced the new curriculum.

The reality of 905 today, unlike almost any other region in Canada, is nobody can predict which way it will swing – the result will be fateful, with the newest of Canadian citizens currently situated as the ones to decide whether Harper or Trudeau forms the next federal government. – © Guardian News & Media 2015