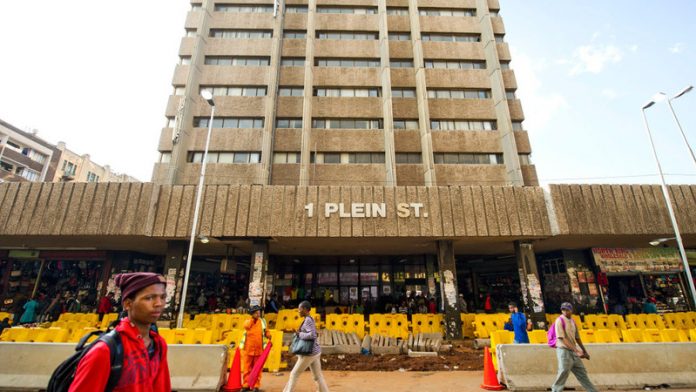 The ANC’s iconic Shell House in downtown Johannesburg, where Nelson Mandela planned the democratic takeover of the South African government, has been sold to union investment company Hosken Consolidated Investments (HCI). It could be housing 500 families by as early as next year.

Shell House was the ANC’s first headquarters after its unbanning in 1990, and was the site of a 1994 massacre that threatened to undo preparations for the first democratic elections.

The now dilapidated high-rise, which the ANC itself described as an “eyesore” in an internal report last year, is going to be turned into affordable rental accommodation as part of a growing portfolio of such units owned by HCI. Rentals are expected to start at about R3 000 a month.

HCI is a publicly listed company and was originally established as an investment vehicle for the Southern African Clothing and Textile Workers’ Union (Sactwu), which remains the biggest shareholder in the company.

Sactwu, in turn, is an important affiliate of trade union federation Cosatu, an alliance partner of the ANC.

The ANC has often found itself severely cash-strapped in recent years, and HCI operates in several regulated industries and will be significantly affected by government decisions such as whether set-top boxes for digital television will have encryption capabilities.

Secret sale
The sale of the building was initially shrouded in secrecy, with ANC treasurer general Zweli Mkhize refusing to answer the Mail & Guardian’s questions about it two weeks ago. Not even the ANC’s national executive committee (NEC), the party’s highest decision-making structure between national conferences, was told who the buyer is or how much the building was sold for.

After the M&G independently obtained details about the sale agreement, however, insiders said the secrecy was because of commercial considerations and should not be read as suspicious.

“The price is going to be public in the deeds office when the transfer is completed, and HCI is a listed company,” said one person with intimate knowledge of the deal, speaking on condition of anonymity.

“[The price] is absolutely market related … Everyone was aware of the reputation risk and made sure of that.”

In terms of the agreement, HCI will hold 75% of the building and the ANC’s property holding company, Dakawa Properties, will retain the remaining 25%.

The M&G understands that in October last year the ANC NEC resolved to attach conditions to the sale, such as retaining control of part of the building to be used as the party’s heritage museum. This week several parties involved confirmed the intention to create a museum of some kind, but no firm plans seem to exist yet.

The sale agreement was apparently concluded about four months ago, but has not yet been registered with the deeds office.

Yet HCI appears to be hoping to start converting the office block into residential units early in the new financial year. Property

management agent Broll has given many small traders working from the ground floor of the building until the end of March to vacate the premises.

“We have given tenants notice to vacate the property in terms of the lease,” Broll’s manager for Shell House, Lucas Moledi, said in a statement in answer to questions this week.

“The lease agreement provides, as most leases do, that if the building is being redeveloped, the landlord may give tenants notice. In this case, the notice period is six months, which is unusually long.”

Trader occupants
The traders, who sell everything from shoes to nappies, are the only occupants of the building. The single entrance to other floors in the building, in front of which is an impromptu hair-braiding studio, is closed to all except those the security guards cryptically refer to as “contractors”, although there is no sign that any work is under way.

Several of the traders this week complained that they were being forced out of the building by nefarious means, such as electricity being withheld despite their payment of rent.

“I’m spending R300 a day on petrol so I can sell here,” said one trader above the whine of a portable generator. The sound of many generators echoes throughout the building, with cables running inside to power lights and showcase electronics.

The traders said the electricity outage, now weeks old, coincided suspiciously with the notices they were given to vacate.

Moledi confirmed that Shell House had been entirely without electricity for nearly three weeks, but said the timing was a coincidence.

“At first, we were subject to a power outage in the area, which lasted about five days,” Moledi said. When that was rectified, the building’s management discovered “vandals had gained access to the basement and attempted to steal cables. In the process they severely damaged the electrical infrastructure.”

Traders were contemptuous of the suggestion that efforts were under way to fix the electrical problem, but reluctantly agreed that the building was prone to break-ins and theft. One trader reported two major thefts in one month. Another told how he believed burglars had gained access to his store by way of a broken high-level window, a fire escape and sufficient crawling space above a ceiling.

“It is becoming an embarrassment, losing value and beginning to cost the ANC heavily in rates and reputation, and attracts criminal elements and negative publicity,” Mkhize’s report said. He added that the ANC needed to act quickly before it lost the building, considered one of its most valuable assets.

“The property is in a prime spot [and] it’s highly sought after by developers, with potential to develop it for commercial and residential purposes,” Mkhize said. It is in a busy part of the city centre, and is also close to taxi and bus ranks and train stations.

“It [Shell House] was dilapidated, street kids and adults lived there and water was leaking all over the building,” an NEC member said this week.

Some water leaks were still evident this week, but one trader tenant said efforts had been made to make the building “prettier” by removing mounds of rubbish and closing off water pipes.

The City of Johannesburg is currently relaying the pavement outside the building’s entrance, a project that has, on occasion, created traffic jams of epic proportions. – Additional reporting by Matuma Letsoalo