Jerusalem on the brink of civil war 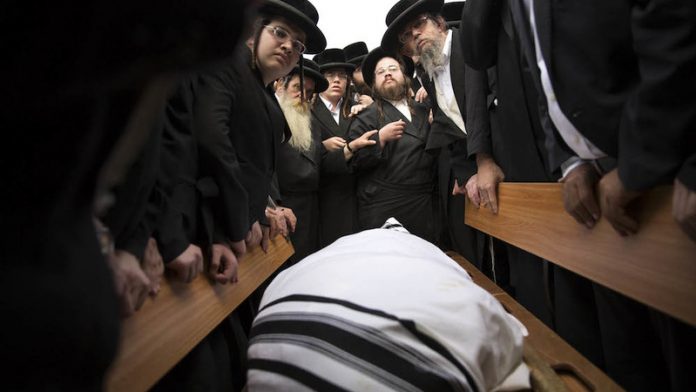 The recent wave of attacks has put Jerusalem in the grip of a toxic anxiety, with parents keeping children away from school, restaurants and public places empty, and residents taking the kind of precautions not seen since the height of the second intifada.

The fear is equally palpable among Palestinians, with many worried they will be viewed as a potential threat or be accused of being a terrorist.

Hours after police set up checkpoints in Palestinian neighbourhoods of east Jerusalem, the interior minister, Silvan Shalom, said he was revoking the residency status of Palestinians in the city who had taken part in attacks on Jews.

Worst hit have been areas along the city’s so-called “seam line”, which marks the boundary between Jewish west and largely Palestinian east Jerusalem. At times in recent days they have seemed like ghost towns.

In Armon Hanatziv, the scene of Tuesday’s bus attack, a handful of people waited for another number 78 at the bus stop. Among them was a man in a striped polo shirt and black baseball cap who, like others approached by the Guardian, declined to be identified.

“I have to take the bus,” he said. “I don’t have a choice. Everyone has felt the change in the atmosphere in the city in the last two weeks. I just don’t feel safe any more. I am more careful, of course. I watch to see who the people are around me. I want to know who is behind me.”

In the famous Mahane Yehuda market, usually packed with shoppers, the lanes of stores saw only thin custom again on Wednesday. Stallholders say their custom has dropped by up to 50% in recent days.

Among those visiting on Wednesday from Rehavya in west Jerusalem were students Inbal Honigman and Tal Hadad, both 25. “I know an awful lot of people are just feeling intimidated by the situation and won’t go out,” said Hadad.

“There are places we are avoiding,” said Honigman. “We’re not going to the Old City and some of our friends are just staying at home or going from one closed space to another.”

The sense of division and anxiety is visible in other ways: parents rush in their cars to pick up children when school closes and contractors arrange for Palestinian labourers to be ferried to and from work in minibuses with curtained windows, which they quickly enter.

Segments on Israeli television show how to parry a knife thrust or treat a wound, and some Israeli parents have bought their children pepper spray.

There are more weapons evident following the call by the mayor of Jerusalem, Nir Barkat, for the city’s residents to carry their guns, even as the city’s streets have been flooded with extra police. The sound of helicopters, sirens and drones has become a feature of the city nights.

Palestinians’ fears are being stoked over a growing atmosphere of vigilantism, which Israeli commentators have stoked up. “In the next stage, more Israelis will take to the streets and take the law into their own hands, and we have no shortage of hotheads,” warned Alex Fishman, the security correspondent of Israel’s top-selling daily, Yedioth Ahronoth.

“This terrorism of individuals could become a civil war: Jews against Arabs.”

On the other side of one of the new checkpoints being installed on the border between Jabel Mukaber and Armon Hanatziv, another student, Mohammed Hamid (21), was having lunch in a shawarma café.

“It has always been risky for me and my friends to go into the centre of Jerusalem or the west of the city,” he said. “You know you are not safe and risk being stopped and harassed by police. But now it’s worse because Israelis are terrified. Because of that you are worried someone will shout: ‘This is an Arab, this is an Arab,’ and someone will shoot without you doing anything.”

Nafez al-Rajabi, the owner of the Al Baik coffee chain, including branches in the Old City and Beit Hanina, is one of those who has kept his children home from school, as Israelis are doing on the other side of the city.

“I don’t feel safe,” he said. “The best strategy for me was to keep the children home from school. I know lots of people who are not sending their kids [to school].

“The most dangerous of my stores to visit,” he added, “is the one in the Old City near the Damascus Gate. Even though I am older, a little over 40, I’m being very cautious. I don’t take my bag or even wear a jacket when I visit. And when the children are out of the house in the neighbourhood, their mother monitors them by phone all the time.” – ©?Guardian News & Media 2015

Ramaphosa’s letter on the Palestine-Israel conflict