Quarterfinals clash of the hemispheres 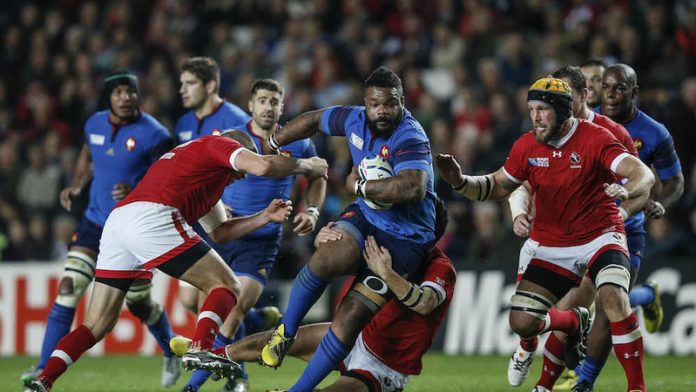 It has been a gripping World Cup so far, a compelling mix of antipodean skill and grit, Celtic heart and soul, Latin gusto, Asian pride and Anglo-Saxon dismay. This weekend’s quarter-finals will boil all those ingredients down to one time-honoured question: Does the balance of union power reside in the northern or southern hemisphere?

The collective outcome of the four games – two in London, two in Cardiff – could settle that debate for the foreseeable future. This has already been a record-breaking tournament in terms of attendances, revenue and global interest. Might there be further twists in store?

The mood in the South Africa camp has shifted dramatically since their defeat by Japan. That jolt has given the Springboks precisely the reality check every ambitious team needs to prosper in a tournament of increasingly tight margins. Only Argentina scored more points in the pool stages than the supposedly long-in-the-tooth South Africans and the Japan result has clarified one or two of Heyneke Meyer’s selection posers.

Jean de Villiers’s injury withdrawal has deprived the Boks of their captain but simplified the midfield equation, and the influential Fourie du Preez will surely start at scrumhalf.

Wales? It is becoming a case of mind over matter as Warren Gatland seeks to paper over the injury cracks behind the scrum. Liam Williams is the latest significant loss. How much more optimistic would Welsh supporters be if players such as Leigh Halfpenny, Jonathan Davies, Scott Williams, Rhys Webb and co were still standing? On the other hand there can be no disputing Wales’ spirit in adversity and the battle scars of Pool A will have hardened them up for what lies ahead. Stand firm defensively – and Shaun Edwards is a master motivator on these occasions – and a second successive World Cup semifinal is still attainable.

The simple act of writing down the two teams and the venue brings memories of 2007 flooding back. It was at this same stage eight years ago that the All Blacks suffered their most painful defeat this century, stymied by a French side who preyed on their lack of composure when the pressure of knockout rugby began to bite. Could it possibly happen again?

Not on the evidence of France’s defeat by Ireland on Sunday when Ireland gave a masterly demonstration of how to frustrate and ultimately outplay opponents with high hopes of topping Pool D. There is nothing lily-livered about the French pack, however, and the sight of a black jersey tends to rouse them.

The question is whether they can score enough points to fluster the reigning world champions, who possess the consistent ability to score tries out of nothing. Defensively, too, the manner in which Robbie Henshaw and Rob Kearney outmanoeuvred Mathieu Bastareaud and Frédéric Michalak respectively on Sunday will not have escaped the notice of Steve Hansen.

France also have a shorter turnaround and possess nothing like the individual craft of New Zealand’s back three. Then again we were saying similar things before Cardiff 2007.

The Pumas have been playing some of the best attacking rugby at this tournament without anyone paying them a great deal of attention.

Factor in Ireland’s injury problems and this fixture becomes even more fraught from a green-shirted perspective. Paul O’Connell and Peter O’Mahony will be hugely missed and a nation holds its breath regarding Johnny Sexton’s fitness and the outcome of the citing of Sean O’Brien.

On the plus side Ian Madigan did a fine job after Sexton departed and Conor Murray remains the most astute scrumhalf in the northern hemisphere.

Henshaw is rapidly emerging as a genuinely top-class centre and the Ireland coach, Joe Schmidt, continues to play a tactical blinder. France’s downfall was not dissimilar to Leinster’s European semifinal against Toulon last season, which the champions won only in extra time. Hold on tight at the scrum, get to Michalak and anything is possible.

Argentina, though, have an outstanding goalkicker in Nicolas Sánchez and have an ominous track record when it comes to wrecking Irish World Cup campaigns. The Pumas have already rattled New Zealand at this tournament. Given a bit of luck they will privately see no reason why they cannot go all the way to the final.

Having beaten England and Wales on successive weekends, the Wallabies will fancy seeing off a Scotland side who were given a major scare by Samoa in Newcastle on Saturday. Australia will have Michael Hooper available again and the defensive commitment thatallowed them to hold out against Wales with only 13 men will merely increase their belief they can now win big games in a variety of ways.

The Scots, though, are steadily growing in confidence and Sean Lamont’s belief that this is “by far” his country’s strongest squad in over a decade is hard to dispute, despite their modest recent Six Nations record.

“You can take us for granted all you want and you’ll get a bite on the arse,” said Lamont after the 36-33 thriller at St James’ Park. Australia have been forewarned but winning at Twickenham has not been a Scottish speciality down the years. – © Guardian News & Media 2015