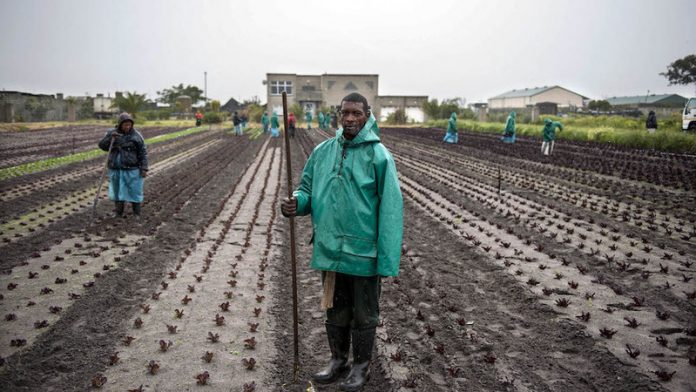 Cosatu notes and strongly disagrees with Frans Cronjé’s attack on government and the Expropriation Bill (Farmers’ rights must be defended). Cosatu supports the progressive provisions of the Expropriation Bill. We believe it is an important legislative tool to build a capacitated developmental state.

We strongly support its progressive provisions, which will enable government to expropriate land and other property in support of the constitutionally provided objectives of land reform. The Bill will address the legacies of apartheid and colonialism, ensuring public access and ownership of South Africa’s natural resources, such as minerals and water, and providing security for the dispossessed victims of apartheid.

These are all provisions provided for in our democratic Constitution. There are areas where government has been blocked in ensuring all citizens have access to land and water. The Bill provides clear time frames to overcome the current problems where expropriation cases are deliberately delayed by the wealthy.

The new valuer general will help ensure that public funds are no longer looted by unscrupulous wealthy landowners through exorbitant compensation claims, as we saw with the R800-million paid for the Mala Mala Game Reserve two years ago. This prevented other cases of land reform from being dealt with.

The Bill provides for access to courts, which guarantee the legal rights of all affected parties. This is important: most expropriation cases involve ordinary workers’ whose houses may need to be expropriated to allow for roads, dams, etcetera to be built. In such cases, fair compensation must be paid. We strongly oppose any compensation being paid to persons who benefited from immoral apartheid expropriation. We cannot support paying public funds to compensate theft. The Bill must be amended to prevent such cases of compensation being paid.

We also insist that the Bill be amended to provide for mediation processes (similar to those provided by the Commission for Conciliation, Mediation and Arbitration) before expropriation cases may go to court.

Courts are expensive and alienating for ordinary workers who cannot afford lawyers etcetera. We strongly reject the hysterical attacks on the Bill by the Democratic Alliance, Free Market Foundation and Cronjé’s South African Institute for Race Relations. Their objections are devoid of facts, logic or honesty. All property owners will benefit from the checks and balances, and legal protections, provided for in the Bill.

Expropriation laws exist in all countries, including the United States, the United Kingdom, etcetera. The existing Expropriation Act was passed in 1975 and reflects the values of that racist and undemocratic era – values that the Institute for Race Relations, Free Market Foundation and the DA clearly miss and cherish.

Cosatu believes all laws must be in line with the progressive transformation provisions of our democratic Constitution. The Bill is in line with those objectives and we call for its adoption by Parliament and the inclusion of our proposed amendment. – Matthew Parks, Cosatu parliamentary office

We would like to dispute several claims attributed to Neil Coleman in the article on minimum wages (SA unpicks Piketty’s Brazil knot). Coleman is a fan of Brazil’s minimum wage (788 reis a month). In our paper, cited in the article, we point out that the real value (in terms of local purchasing power) of the Brazilian minimum wage is less than R2 400 a month.

Coleman replies that we have not taken into account the recent depreciation of the Brazilian currency. This is misleading because our calculations are based on real purchasing power, not nominal exchange rates. Inflation in Brazil has in fact eroded the real value of its minimum wage. The real value in South Africa of the Brazilian minimum wage remains below R2 400 a month.

Secondly, Coleman points to the higher levels of taxation and social spending in Brazil compared with South Africa. This is largely because the Brazilian tax and expenditure data include social insurance contributions and expenditures, whereas equivalent spending on pension funds and health care in South Africa is excluded from the data.

More importantly, much public expenditure in Brazil comprises tax-funded subsidies to the pensions of retired civil servants who have a powerful trade union but rank among the rich, not the poor.

Social assistance and the minimum wage both contributed to a decline in poverty in Brazil – along with strong employment growth. The key difference between Brazil and South Africa is not welfare provision or the minimum wage, but the employment rate.

Poverty is much higher in South Africa because so many people are unemployed. Coleman seems unable to acknowledge this. – Jeremy Seekings and Nicoli Nattrass