This is the place where individuality meets the group 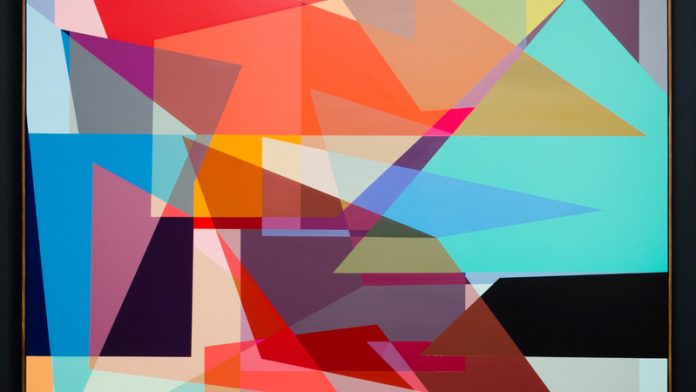 A sense of youthful exuberance marks the group show, This Is the Place, at Salon 91 in Cape Town until October 31. Paul Senyol’s lyrical line; Andrezej Urbanski’s clinical yet quirky geometric abstraction; Andrew Sutherland’s light, gentle brushwork; Dani Loureiro’s sculptural word-play; Jade Klara’s poppish graphic-design work and Wesley van Eeden, who seems to straddle the styles on offer – these all add up to an intriguing exhibition. The artists also collaborate on a number of pieces.

“This is the place” where differences co-exist and come together, where the sexy and superficial co-exist with the profound and philosophical. “This is the place” where the totality is more than the sum of its parts. Consider It Was Us, a layered image by Senjol, Sutherland and Klara. A tiger seems to rest on the glass surface (by Klara), beneath which Senyol’s unmistakable wiry lines are interspersed with Sutherland’s realism (for lack of a better word).

The trio creates a tantalising image; one is uncertain how to piece these strands together. That it is one unified image is in itself meaningful: together the surface ignites in layers that emanate from distinct consciousnesses and distinct stylistic interventions.

The tiger rests on the bed of roses. The fact that an image appealing to the eye results perhaps gives one a sense that indeed differences can not only tolerate each another but can also combine to build and establish something the individual, alone and self-absorbed, simply cannot achieve. It Was Us, rather than trying to assert self in contradistinction to the social, transmutes into an “us” without swallowing the individual in the process. Is that not a lesson for politics?

The collaboration of the geometrically precise Urbanski with word-sculptor Loureiro confirms this reading: her words become neon-like electrical signals as Urbanski’s spray painting lends itself to Loureiro’s playful word “sculptures”. Each enlivens the other. Duality is overcome as sculptural form and paint coalesce.

Urbanski’s “centre stage” piece, marked by a title of coded letters and numbers, is a deluge of diamonds, an orderly mass of structured lines painted with precision, a Google-like design (re)contextualised as fine art. The carefully nuanced squares, planes and “perspective” of Urbanski’s other works on this show display an exactitude broken asunder – a square is not quite a square, a cube not quite a cube and a vanishing point is only suggested. These “abstract” paintings are formal suggestions asking us to see, through the mass of things, some sort of coherence, while also deconstructing that perception.

Finally, Sutherland’s This Is the Place is an evocative landscape with a bluish cast. The actual location of this place is unsure — does it matter? When one is in a particular place, more often than not one really wants to be elsewhere, or, if not, to “capture” the place so one may move to a “new” place, to remember it, change it, own it, return to it. So is one ever actually there?

This show should appeal to a diverse audience. Its spirit is warm and, without trivialising it, it is not heavy. It is particularly encouraging to see artists working together on a single piece, offsetting extreme individualism and opening up a dialogical relationship between self and other.