Can any of these men clean up Fifa? 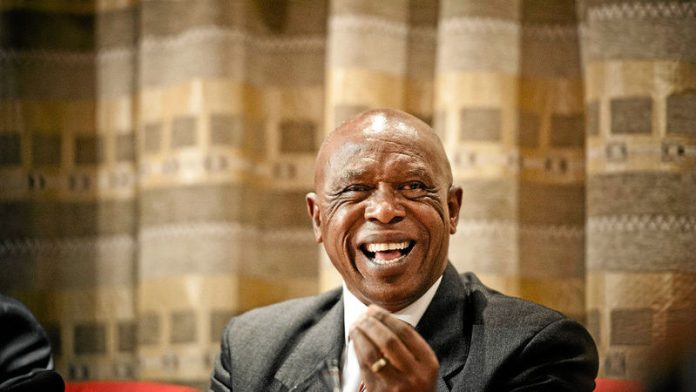 As world football cries out for a new start, the eight candidates who have lined up to reconstruct the discredited Fifa that Sepp Blatter built come with enough baggage to put an airport terminal to shame.

Rewind a month and amid the wreckage of the US and Swiss corruption investigations Michel Platini was the odds-on favourite to replace his one-time mentor in Zurich.

There was plenty of disquiet beneath the surface among those who worried about Platini’s previous proximity to Blatter, his laissez-faire style and the questions surrounding his backing for Qatar to host the 2022 World Cup.

But whatever the conversation outside football given the backdrop created by the dramatic intervention of the US Department of Justice in May, inside the bubble his ascension to the presidency appeared a done deal as Asian and African powerbrokers swung behind the man they considered the likely winner.That all changed when Blatter was placed under criminal investigation by the Swiss attorney general and Platini questioned as “somewhere between a witness and an accused person” over an alleged £1.35m “disloyal payment” .

Platini and Blatter were suspended by Fifa’s newly emboldened ethics committee for 90 days each. The Frenchman, desperately battling to salvage his reputation, strongly denies the allegations and says he was owed the £1.35-million by Blatter under a “gentleman’s agreement”. He remains a candidate on paper alone.Even Platini’s confused status is instructive. By refusing to back away from the Fifa race while he fights to remain as Uefa president, as many of those close to him would prefer him to do, he betrays his ego.

But he also gave the 54 conflicted Uefa members an additional conundrum. In a sane world they would join others in calling for a halt to the process, highlight the importance of wholesale reform over this grotesque personality contest and call for an external candidate who could oversee the far-reaching changes required.

The strong initial signs were that Uefa, in its confusion, would instead swing behind Sheikh Salman bin Ebrahim al-Khalifa, who became the new choice of Sheikh Ahmad al-Sabah, the Kuwaiti Fifa executive committee member who was a staunch supporter of Blatter, then said he would back Platini.

But Sheikh Salman, who confirmed his candidacy on Monday 10 days after the Guardian revealed he planned to run, has been dogged by claims he was involved in a brutal crackdown on pro-democracy protesters in Bahrain in 2011 that led to 150 athletes being identified and, in many cases, imprisoned. He has denied the allegations.

That he was helped into power by Blatter and sits atop the Asian Football Confederation, an organisation mired in historic corruption allegations and with transparency issues, does not exactly lend him a reforming zeal. So it was that amid concern from many on Uefa’s executive committee about the message they would send by backing Sheikh Salman they alighted on Gianni Infantino.

The affable Swiss, a multilingual lawyer tasked with implementing the whims of his president, Platini, and forming a bridge between the confederation, the biggest clubs and the powerful leagues, has been at Uefa since 2000 and the general secretary since 2009. Hard-working, diplomatic and grounded he may be but Infantino will have to work hard to emerge from the shadow of the compromised Platini .

The fact that his candidacy is partly a hedging strategy to allow Platini to re-emerge if, by some miracle, he manages to negotiate the legal minefield that might allow him to do so, makes that task all the more difficult.

One of the more intriguing names on the list is that of the South African businessman Tokyo Sexwale , a millionaire anti-apartheid activist once imprisoned on Robben Island. The appeal of the one-time host of the South African version of The Apprentice is clear. But Sexwale was also a member of the 2010 World Cup organising committee, which became embroiled in allegations surrounding a $10m payment to the disgraced former Fifa vice-president Jack Warner, allegations that South Africa has denied. Nor is Sexwale’s business career free of controversy while his closeness to Blatter will also cause raised eyebrows.

Then there is the game behind the game. Who is pushing these candidates forward? Who stands to gain if they win?

With candidates from Asia, Europe, the Caribbean and Africa jockeying for position, there are few certainties among the shifting alliances and pork-barrel politics that lie behind the deals cut in five-star hotel lobbies.

And how do they intersect with the reform ideas pushed forward by the Fifa committee headed by the former International Olympic Committee executive François Carrard and those aired by Domenico Scala , the head of Fifa’s audit and compliance committee?

Prince Ali Bin al-Hussein , the softly spoken head of the Jordanian FA who stood against Blatter last time around with the backing of Platini only to fall out with the now suspended Uefa president, remains convinced he can win and, bizarrely, is the favourite of some bookmakers. But few others share his conviction.

Almost uniquely among the candidates the former French diplomat Jérôme Champagne has produced a manifesto and a carefully argued vision for the future of football. But he is someone who was an insider in Blatter’s Fifa for 11 years before being forced out by Platini and others in 2009 and, if he does not distance himself from his one-time ally, he too cannot help but appear compromised.

Fifa’s regulation that any candidate must have been involved in football for two of the last five years – introduced only after Blatter won a fourth term in 2011 – rules out any external candidates.

The so-called “integrity check” that each candidate must now undergo at the hands of Scala’s ad-hoc electoral committee will itself be much scrutinised – particularly as it relates to the human rights claims against Sheikh Salman.

For all that one must deal with the world as it is rather than as one would like it to be, the line-up of presidential candidates does not inspire much hope of radical change beyond the 26 February election, even if some version of the long-overdue governance reforms proposed by Carrard are belatedly introduced.

Any reform must go beyond regulations and change the organisation’s personalities, culture and practices too.

Those on the list must convince the rest of the world, as well as the 209 voters, that they are capable of doing that.

While the candidates were scrambling to get their applications in, the Play the Game conference in Denmark was considering just some of those issues in the company of some of the whistleblowers, journalists and academics who might offer a more coherent way forward. The manner in which the game’s leading figures – Platini, Blatter, the also suspended Fifa secretary general Jérôme Valcke – brought one another down in a grim facsimile of a low-budget gangster thriller will become clear in time.As ever, the temptation is to turn away from the whole stinking mess and leave football’s discredited power brokers to jockey for position while screaming ‘a plague on all their houses’.But Fifa’s collapse offers a once-in-a-lifetime opportunity to create a world governing body fit for purpose. It would be a crime to waste it. – Guardian Media