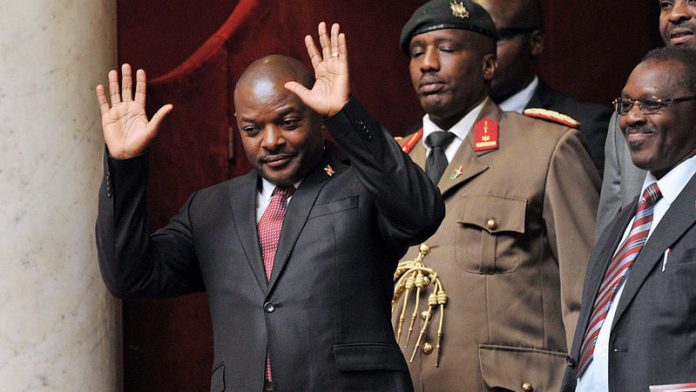 At least three people were killed and 15 others wounded in Monday’s clashes, the latest in months of unrest triggered by President Pierre Nkurunziza’s successful bid to win a third term in office.

Attacks have included gunmen firing rocket-propelled grenades and machine guns on security forces in the capital Bujumbura, with the government blaming “criminal gangs.”

On Monday, police killed a “madman” who tried to attack officers with a machete in Bujumbura, police spokesperson Pierre Nkurikiye said.

Later, gunmen hurled grenades and fired on security forces, a police officer said, resulting in a firefight in which one civilian was killed. Seven policemen, two soldiers and three civilians were also wounded.

In a separate attack, a government official told Agence-France Presse that gunmen killed at least one policeman in a “very violent” attack in the Kamenge district of Bujumbura.

“For nearly an hour we heard the sound of grenades and rocket explosions, the sound of firearms including machine guns,” the official, who asked not to be named, said.

Others suggested the number killed was far higher, and one police officer speaking on condition of anonymity said that “many were killed from our ranks,” without giving further details.

On Tuesday, a corpse riddled with bullets was found dumped in a Bujumbura residential district, several witnesses said, a regular occurence in recent weeks in the capital.

Sporadic street protests and violence have rocked Bujumbura since April, when Nkurunziza launched his third-term bid culminating in his controversial re-election in July.

Opponents said it breached the terms of a peace deal that paved the way to ending a 13-year civil war in 2006.

The UN has warned that Burundi risks sliding back into civil war after a dramatic rise in killings, arrests and detentions, with over 200,000 refugees fleeing to neighbouring countries.

Some 200 people have been killed in Burundi since violence broke out in April, with a third of those in the past month alone, the UN says. – AFP