UKZN students could be forced to buy laptops 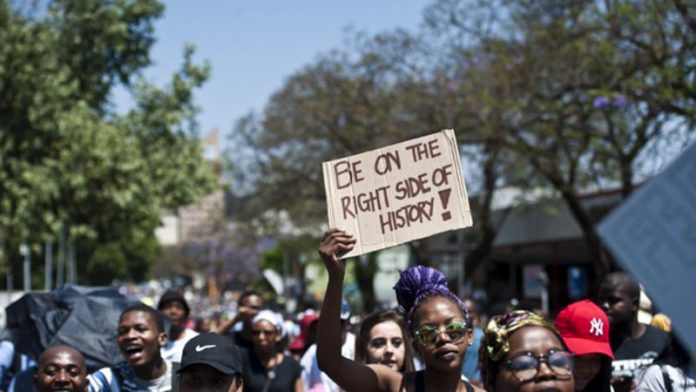 With the affordability of higher education under the spotlight as never before, it has emerged that the University of KwaZulu-Natal (UKZN) is considering a plan to make laptop computers compulsory for all first and second-year students.

Thousands of students across the country have engaged in a campaign of civil disobedience, protesting first against prospective fee increases for 2016 and now against the fact that fees exist at all.

Against this backdrop, deputy vice-chancellor Professor Renuka Vithal – in an internal e-mail circulated among staff and students – has laid out the phasing in of Moodle, an online learning portal. The letter was leaked to News24.

Moodle is currently being used by some staff and students. But according to the letter, it will be phased in for all modules over the next three years “to maximise the teaching and learning potential of this system”.

“From 2016, all disciplines at UKZN will place their level 1 and 2 module learning/teaching material on Moodle. This will mean that all first and second-year undergraduate students at UKZN in 2016 will have to bring a laptop with effect from 2016,” it reads.

Vithal adds that lecture note fees will no longer be charged for certain undergraduate modules with the cost of investing in a laptop offsetting the cost of the notes over a three-to-four-year undergraduate degree period.

“In 2016, Student Support Services will provide funding for new students and second-year students, who receive NSFAS, to purchase a laptop.”

Scepticism
But one UKZN lecturer, who spoke to News24 on condition of anonymity, was sceptical of the plan.

“If this goes ahead, you are going to have thousands of students with laptops. The University scarcely has the infrastructure in the form of plug points to charge these machines,” he said.

“The deal they have negotiated is for a bottom-of-the-line laptop that is going to be out of power in hours, and you will expect students to have a charged and functioning computer all day. This is going to fall on its head.”

On the discounting of lecture note printing fees, the lecturer said learning from a screen would be a challenge.

“I don’t know any of my students … who won’t need to print out and learn from their notes. It is very hard to just use a PDF off the screen. They will incur printing costs over and above this.”

UKZN failed to respond to questions at the time of publishing. –  News24