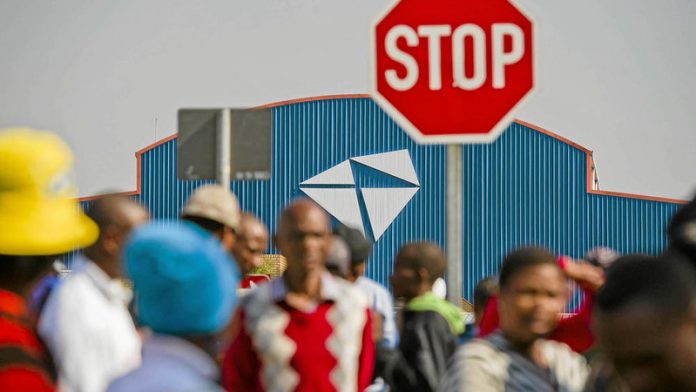 On Wednesday, the Communication Workers Union said at a media briefing that it was planning a march involving an estimated 4 000 Gauteng postal workers in Johannesburg.

The union issued demands to convert all Sapo contract workers to permanent employment, payment of outstanding back pay, 10% salary increases for the current financial year, a halt to changes in workers’ terms and conditions of employment, and a “total stop to piecemeal salary payments”.

Union members expected to submit a memorandum to Gauteng Premier David Makhura outlining more demands for government to bail out Sapo and release a Special Investigative Unit (SIU) report on corruption at the post office.

The union has called additionally for the public protector to release a report on corruption at Sapo.

But the post office has poured cold water over the union’s strike plans.

“The Labour Court has granted a final order against the industrial action which CWU has scheduled for tomorrow,” said Sapo on Wednesday afternoon.

“The Communication Workers Union [CWU] has been interdicted and restrained from striking and marching to, and/or picketing at the South African Post Office’s work premises; including the head office, retail outlets, mail centres, depots, regional office and hubs tomorrow, 29 October 2015 … This order effectively makes any strike, march and/or picket unlawful and illegal.”

But the union said in response to the court interdict that it was consulting its legal team and still plans to go ahead with the march, even it just passes by post office buildings to the offices of the public protector and Gauteng legislature in Johannesburg.

“The strike is not off,” said union provincial spokesperson Veli Zulu.

The union said earlier on Wednesday that its intended march was planned before the advent of Sapo’s problems with paying salaries.

Over the past week, Sapo has announced publicly that its negative financial position meant it was struggling to pay full salaries. The post office paid staff 70% of their salaries last week and planned to pay the remaining 30% on Wednesday. – News24.com