REVIEW: Poetry that flays the senses 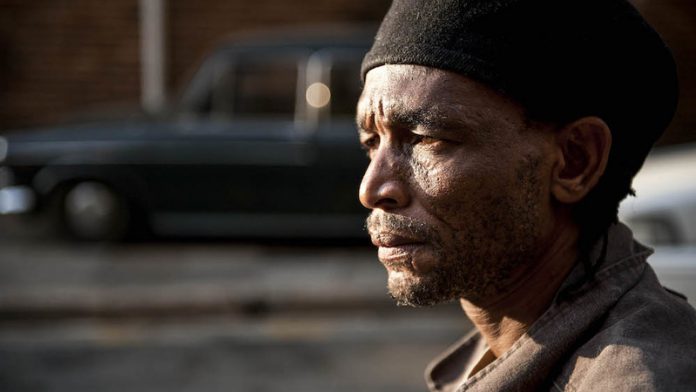 A HALF CENTURY THING by Lesego Rampolokeng (Black Ghost Press)

Back then, in the Horns for Hondo days, it would have been as hard to imagine Lesego Rampolokeng as a 50-year-old elder statesman of South African literature as Martinus van Schalkwyk as an ANC Cabinet minister. Both came to pass. The former has turned out rather better than the latter.

A half century thing marks Rampolokeng’s 50th birthday with his eighth poetry collection, joining a novel, musical jams (with the Kalahari Surfers, Louis Mhlanga and the late Zim Ngqawana, among others), movie and theatre scripts, and more. But it all started with the Congress of South African Writers in the early 1990s: an era when there seemed to be an aspiring poet on every impromptu stage.

Not everything produced back then has stood the test of time. Rhymes that electrified in a live ­performance space sometimes limped, stumbled and fell flat on the printed page; it wasn’t their intended medium.

Besides, at that historical moment, the content and act of poetry mattered more than the form. What counted was that lips sewn shut by censorship and oppression were ripping themselves open to sing.

Rampolokeng’s work was different. If we define a poet as someone who crafts and patterns words so that they can say far more than when they rest in anomic solitude in the dictionary, then right from the start, he was a poet. “It’s about the word,” he proclaimed. His lines sounded great to the ear, and read equally beautifully in print.

As with Guernica, the reader cannot look away from the horrors: “… it is time again for Dumile Feni’s African Guernica/ For Thami Mnyele’s black art of tragedy … that rises out of the deep & dark river of blood/ & gardens sprouting heads with flowers growing out of them…” (Writing the Ungovernable).

How does he craft such a compelling vision of revulsion? The tie between speech and writing is not as tenuous as some teachers of ­formal language suggest, and Rampolokeng’s beginnings in performance poetry certainly inform his craft. Much as he respects the word, Rampolokeng is never scared of it.

He writes in english but not English – or, as he puts it, he “shoots the English with British bullets” – constantly drawing from his own sonic and intellectual landscape, African languages and township taal to shape fresh words, aphorisms and metaphors: “I stand against stanzaed hazards toxic sentences narcotic verses plastic prose” (The Bavino Manifesto).

Most often, the words are aggressively filthy. But sometimes they are laugh-out-loud scatologically or satirically funny: “… shopping mall revolution/guerillas among the crystal glasses – /johnny walks blue & in his eye is the same hue/ at home he lynches nina simone in his sound system” (When Man & Myth Don’t Come To One).

And sometimes they really are beautiful, especially when he writes about music, or writing, or the magic moments when the two meet: “skeleton-coasted gold-dusted diamond-busted blood, brain flesh & bones as I rest my veins upon the Kgalagadi sands/(my scriptures picture-sutures for my sounds/wounds psyche-bound …/it begins with sound)” (Bavino Manifesto).

That half-century hasn’t pushed the poet into elder-statesman complacency; he’s still the Lesego we knew from the Congress of South African Writers days. But if there is something new, it is that there are more moments of unadulterated sonic beauty here.

Harrowing though the ride is, every page yields gorgeous and intricate wordsmithing to savour. But no sooner does he catch you musing on these, than Rampolokeng fries your eyeballs with a horrifying image or klaps your brain with an avalanche of disturbing thoughts. The technique of paradox is wholly deliberate, and the poet is doing it better than ever.

And yet … and yet … Making change in the corrupt, commodified world we inhabit is not over, anywhere. Much as it hurts, much as it entails messy error and deliberate cruelty, there are dimensions of dignity, aspiration, celebration and commitment in struggle that Rampolokeng does not capture.

“I haven’t arrived at the positive yet,” he told a questioner at this year’s National Arts Festival. Although he remains the most accomplished and accurate cartographer of our tortures, torments and betrayals, I’m increasingly asking myself where the new poets are who can similarly map our joys.