Student victory back to square one 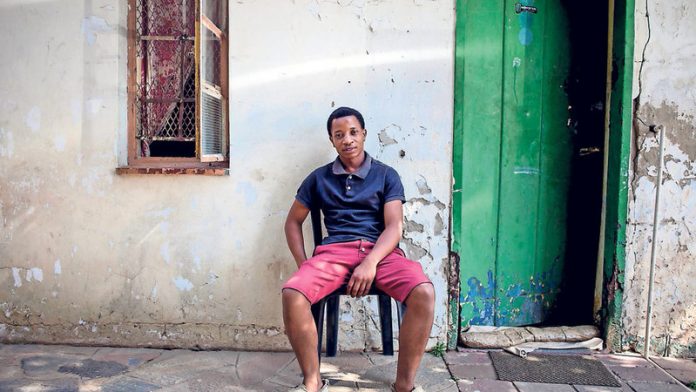 Despite the #FeesMustFall euphoria, financial exclusion continues to haunt poor and middle-income university students, with debts keeping some home and leaving others without certificates, despite graduating.

Thousands of students fall out of universities each year as a result of financial exclusion, including some who do qualify for National Student Aid Scheme loans, but

don’t get it because NSFAS funding is insufficient.

With no immediate prospect that this situation will change, many students this week spoke of the need to continue to agitate for change.

Their memorandum to the four institutions said: “The 0% fee [increments] concession is an enormous victory for [the] mass student movement, but tens of thousands of poor students remain locked out of education. They will remain locked out until we have free education for all.”

The anticipation that more than 5?000 students at Tshwane University of Technology will be financially excluded in 2016 also fuelled protest across TUT campuses this week. Andile Banele Malepo, president of the Pretoria main campus student representative council, said these students were excluded from NSFAS this year and some had debts from previous years.

The institution gave in to the demands of protesting students earlier in the year to register both unfunded and indebted students. TUT registered this cohort on the basis that they pay R3?000 upfront for both tuition and accommodation.

“But even now those students are not funded. It means they are not going to view their results and will be excluded if the university refuses to register them. That’s the problem. We want the university to clear their accounts to zero now,” Malepo said.

TUT did not respond to questions by the time of publication.

Jaco van Schoor, UJ’s deputy vice-chancellor for finance, told the M&G at the time that 4?378 of the university’s students who met NSFAS requirements couldn’t be assisted. This figure included returning and new students.

This week, Van Schoor said UJ had contributed R45-million from its own funds to rescue at least 1?518 of those students. He said while 536 students did not return, the remainder, 2?324, “managed to raise the minimum payment for registration”.

But it appears that a significant portion of these 2?324 students did not last a year on campus.

Said Van Schoor: “Of those students who have formally cancelled their studies at UJ in the course of 2015, 23% have cited financial difficulties as the reason for cancellation.

“Although there may be a variety of reasons for students dropping out, it’s fair to assume that for those in good academic standing, financial difficulties would be paramount.”

As yet, UJ doesn’t know how much NSFAS will allocate to it, “but we foresee shortfall in 2016”, said van Schoor. This indicates another round of exclusions.

The research concluded that only 15% of the country’s university students complete their studies. The rest drop out for a number of reasons including financial problems.

This week, Letseka said: “The moratorium on fee increments does not resolve the issue of students who are in [the] system but owing. They will face a dilemma, come next year when they are supposed to move to the next stage.

“Their results are going to be withheld and [they] will not be allowed to register. The question is what’s going to happen to them. Those students are now going to fall into that crack and bracket of dropouts.”

Agreement Baloyi is one such youngster who dropped out after being financially excluded. He completed his first year in language practice studies at TUT Soshanguve campus in 2014, but returned home to Tzaneen in Limpopo because of the shortfall in NSFAS funding.

He raised only half of the R3?000 the institution required from him to register for tuition and accommodation. Outstanding debt of more than R20?000 compounded the problem.

“I am home right now doing nothing,” Baloyi told the M&G by phone.

“I’m scared to go back to TUT because I’ll end up owing them lots of money. I would go back if they were to give us free education. I’m now thinking of going to a college.”

Mandla Dlamini is from Ladysmith in KwaZulu-Natal, but he now lives in Yeoville, Johannesburg, while he searches for a job. He’s in a cohort of graduates whose qualifications are being held by a university because his fees have not been paid.

He completed his national diploma in public management at the Durban University of Technology (DUT) last year, but the institution dropped him a surprise at his graduation in April: instead of the qualification, he was bestowed a debt letter, which said he owed R24?659.23.

DUT spokesperson Alan Khan told the M&G that NSFAS paid a portion of Dlamini’s R48?010 fees. “He falls under the same category of short-paid funding from NSFAS for 2014.”

NSFAS spokesperson Kagisho Mamabolo blamed the university for Dlamini’s troubles. DUT submitted a full fee claim for Dlamini late in 2014, said Mamabolo. “At that time NSFAS had already exhausted funds. There was a shortfall for him – and not only for him.”

That left Dlamini stranded. “I think I wouldn’t be in this position if university education was free,” he said this week. “Students would not be experiencing these NSFAS issues.”