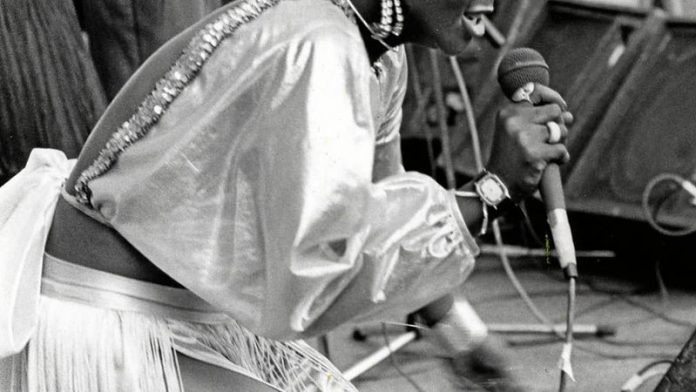 Renowned musician Brenda Fassie, affectionately known in the entertainment industry as “Ma Brrrr”, would have turned 51 this month and South Africans took to social media to remember her. It’s no secret that Nokuzola Fassie was one of Mzansi’s biggest and most influential musicians, known for her energy, boldness on stage and popular hits such as Vulindlela, Soon and Very Soon, Weekend Special and Black President. Many on Twitter sent happy birthday messages while others remembered Fassie for her voice, dance moves and no nonsense attitude.

” i am so good and so loving that men don’t believe it ” – Brenda Fassie pic.twitter.com/3KiHgGGSTd

Today we remember the late great South African Afro-pop icon, Brenda Fassie who was born on this day in 1964 #RIP pic.twitter.com/wWMw5GM4DD

Fassie made headlines for many reasons; she shot many music videos and documentaries about her life and music. Let’s take a look:

It would have been Brenda Fassie’s 51st birthday today. Here she is on dreams pic.twitter.com/1S3xXkhPf4

Brenda Fassie showed up for her fans. Even on crutches. pic.twitter.com/jKP98bR7yk