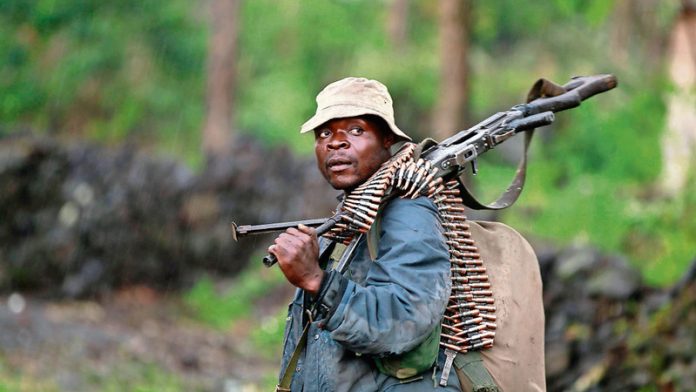 The rebel group M23, which signed a peace agreement with the Democratic Republic of Congo government two years ago, is warning that the deal runs a risk of failing because of the state’s apparent lack of commitment in implementing it.

M23 complains that the government has disregarded the bulk of the agreement and continues to victimise its ex-combatants, some of whom have disarmed as part of the deal.

In a letter addressed to the chairperson of the International Conference on the Great Lakes Region (ICGLR), José Eduardo dos Santos, who is also the president of Angola, M23’s political leader Bertrand Bisimwa complained that President Joseph Kabila’s administration only made an effort to ­implement one of the 11 points in the peace declaration, that of granting amnesty to some M23 members.

“The DRC government refuses to implement all its undertaken commitments despite numerous appeals and ultimatums from the United Nations, the African Union, the SADC [Southern African Development Community], the ICGLR along with several partners for peace in the DRC,” Bisimwa wrote in the letter, which the Mail & Guardian has seen.

Bisimwa warned in the letter that the Nairobi peace agreement “may suffer the same fate as the previous agreements signed between the Congolese government and the National Congress for the Defence of the People (CNDP), whose failure justified the creation of M23, which, in turn, demanded the respect of those agreements”.

CNDP was led by Laurent Nkunda and later by Bosco Ntaganda, who handed himself over to the United States embassy in Rwanda and was sent to the International Criminal Court in the Hague, Netherlands.

The Nairobi peace agreement “runs the risk of sinking”, Bisimwa said, adding that M23 refuses to take responsibility for anything that may happen because of the non-implementation of the peace deal.

He listed several factors that he said complicated the implementation of the peace agreement, among them the lack of time frames for completion and a lack of monitoring by both the International Conference on the Great Lakes Region and SADC.

Kabila’s government failed to recognise M23 as a partner in the peace agreement, said Bisimwa.

“The DRC’s government without shame considers that the M23 ceased to exist since our movement signed the Act of November 5th 2013, renouncing … its state of rebellion,” he wrote. “However this Act has nothing to do with a possible waiver of the existence of our organisation.”

Part of the peace agreement is that M23 be allowed to transform itself into a political party.

There have been fears about the reorganisation of M23 since August last year when a new grouping called M27 began recruiting members in North Kivu province. Among the recipients copied on the letter is President Jacob Zuma, his Rwandan counterpart Paul Kagame and United Nations secretary general Ban Ki-moon.

The South African National Defence Force formed an integral part of the UN-led Force Intervention Brigade that pushed M23 out of the eastern DRC and eventually persuaded the organisation to renounce the rebellion.

South Africa, however, believes M23 in its current form poses no threat to the DRC. “The capacity for them to be a threat has been severely compromised,” said a government official who did not want to be named because South Africa is yet to take a decision to respond to the letter. “The intelligence we have suggests they are no longer what they used to be. They are crying for attention.”

Christoph Vogel, a researcher attached to the University of Zurich and a political analyst based in the DRC, told the M&G that M23 was continuously raising concerns about the lack of implementation of the peace deal because it did not want to disappear into oblivion.

“I think it’s M23’s way of getting back on the international stage and saying ‘we are still here’,” he said. “They want to pressurise the government to implement the agreement.”

Vogel ruled out the possibility of M23 causing havoc in the eastern DRC again. “There is no sign that M23 is reorganising. There have been rumours that the group was coming back together, but none of that produced anything. They are just crying out for attention.”

Vogel believes the implementation of the Nairobi peace deal simply fell by the wayside because of other urgent issues that need the DRC government’s attention.

“It’s not a question of interest, it’s a question of priority in the level of government,” he said. “I think at some point there was this window of opportunity to kick-start the process by granting amnesty, demobilisation and reintegration.”

However, he said the DRC government has been giving “a lot of liberty to M23 people to move around because some of them have got families in Congo, but are still based in Uganda and Rwanda”.

Meanwhile, there is a relative sense of peace in towns in eastern DRC such as Goma, but villages still suffer from rebel attacks.

Vogel said the disappearance of M23 in the past two years seemed to bring a sense of peace. “It’s overall a rather stable situation, but at the same time it’s unpredictable. There are ongoing and complicated operations against the FDLR [Democratic Forces for the Liberation of Rwanda]. At the same time there are about 70 groups of different sizes operating in North Kivu.”

M23 claimed that “insecurity has reached its peak with daily deaths, assassinations, massacres … rape, kidnapping, robberies of banks and public transport vehicles, attacks against military convoys and looting”, among others.

The DRC government could not be reached for comment.