MTN feels the pressure in Nigeria 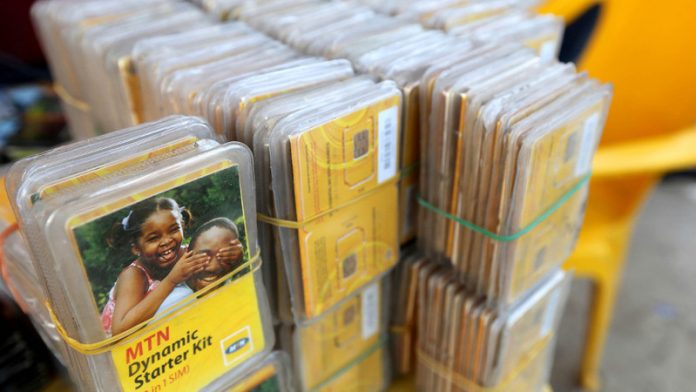 As MTN continues to negotiate a mammoth penalty for not observing new Nigerian legislation, the Nigerian Communications Commission (NCC) has confirmed that the company was the only mobile operator in the West African nation that did not comply.

The hefty $5.2-billion fine relates to Nigerian security legislation in which MTN failed to disconnect some 5.1-million SIM cards that were not registered by the September deadline.

Some experts say registration in Nigeria, a vast country with a large rural population, comes with several challenges in verifying identities and residential addresses.

Commission spokesperson Tony Ojobo said he could not comment on the matter. But asked about whether other operators faced similar penalties, he stated: “All other mobile operators have complied.”

MTN is one of four mobile operators in Nigeria.

According to the commission’s website, as at September 2015 MTN held 42% of the country’s mobile market share, down from almost 50% in 2013. Etisalat was the smallest, with just 16%. Porting data, however, shows that Etisalat experienced by far the most incoming porting – mobile customers moving their number to its network – between October last year and September this year. MTN received the least.

Disconnecting the unregistered SIMs as required, industry experts say, would have had a financial implication by possibly increasing customer churn from MTN to other operators in the country.

The impact of the $5.2-billion fine levied against the telecoms giant was first felt last week when it lost billions of rands in market capitalisation, as investors exited the shares listed on the JSE.

The company was also placed under investigation for the timing of its Stock Exchange News Service announcement on the matter, with the main concern being whether insider trading took place.

The impact rippled into this week when Nigerian media, seemingly incorrectly, reported that MTN had agreed to pay the full fine amount. The news sent MTN’s share price into free fall and, in a rare occurrence, the JSE opted to suspend its trading until the company could put out an announcement to placate the market.

The Nation of Nigeria this week reported Deputy President Cyril Ramaphosa, a former MTN chairperson, as saying: “If this fine is indeed imposed as it is, it is going to impact on South Africa as well, as our revenue fortunes from a taxation point of view are going to be lower.”

Oladiran Bello, director of Good Governance Africa, a think-tank with offices in Lagos, said the most important question is: “Why has the NCC levied this fine at this point in time?”

He said there were a number of views, the most extreme being that the government, under fiscal pressure from significantly lower oil ­revenues, is looking for income by levying such fines on multinationals.

“Nigeria has a number of diverse players and entities; President [Muhammadu] Buhari’s government may not have prioritised what investors would like him to prioritise. But investment is important and I don’t think they would willy-nilly want to jeopardise that.”

Bello said the fine could be viewed as disproportionate to the offence. “They want to send out a clear signal … they are trying to rewrite the script of governance and trying to improve transparency and administration. But what the regulator has done is probably excessive.”

However, this week also presented some good news for MTN in Nigeria.

The Nigerian Communications Commission on Tuesday approved the renewal, and consequent extension, of the tenure of its operating spectrum in two frequency bands until the end of August 2021.

Meanwhile, Nigeria’s central bank this week rejected a request by the country’s Financial Reporting Council to take disciplinary action against Standard Bank Group’s Nigeria unit, Stanbic IBTC, after the council said the lender had made material misstatements in its financial accounts and recommended a fine, Bloomberg reported.

The central bank reportedly said the council didn’t follow due process, noting it was “seriously concerned” that such a drastic regulatory decision could be taken on an entity under the regulation and supervision of the Central Bank of Nigeria without consulting the bank.

Events conspired against MTN in Nigeria