Censoring satire: No inconvenient truths for us, please 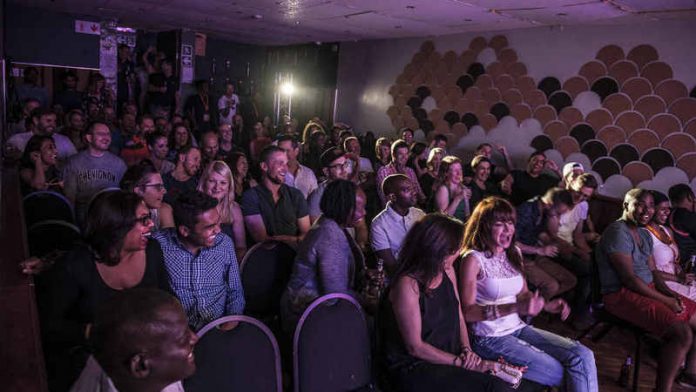 The slot was called Fire in the Hole, and the sweltering room with poor ventilation was quickly living up to its billing. Gumbi had started off promisingly enough, with a gag about how former right-wing leader Eugene Terre’Blanche’s desire for nubile black men had unwittingly led to his demise.

A few minutes in, Gumbi – who calls himself “the other Trevor” – had dug himself a hole, talking about how black women never enjoy sex because “their vaginas are always dry” and questioning why “navy- blue bitches with the complexions of struck matches (and Duracell batteries)” were wearing blonde weaves.

But that was just the tip of the iceberg, and as he descended down a rabbit hole of endless abject stereotypes – never elevating them to the point of satire – the crowd started to laugh out of sympathy as opposed to cognisance.

As he refused to leave the stage, it became difficult to tell whether Gumbi was lucky to have died in a tiny room full of mostly white people – who probably expected nothing more from him – or whether a crowd of black people might have offered him solace in his performance of baseness, and perhaps led to a more conscionable set.

Author Elizabeth Ludwig writes that, “if comedy is an expression of abjection, then it must be an expression of one’s [own] abjection; otherwise the performer is likely to be seen to be perpetuating the abjection of others. For the performer to make jokes at the expense of a minority group to which he or she does not belong is to take on a power position at the expense of othering.”

But if one understands that black people remain marginalised and effectively a minority group in many respects, Gumbi’s set, for example, could be read as an act of further subjugation of an oppressed mass.

‘Next time try a woof woof’
As it happened, in the very next slot, in front of a mixed crowd, Stuart Taylor performed a subtle act of subversion. Taylor spoke of house hunting in the Cape Town suburb of Constantia, a neighbourhood where the people step over starving beggars to help stray dogs. “Next time try a woof woof, my friend,” he told a beggar, the comedian himself just a little bit removed from the pan-handler’s plight.

Next, Taylor told of going to his neighbourhood Spur steakhouse, and how he watched with indignation as the waiters started performing a humiliating dance of “follow the leader” typical of the chain’s birthday song routine. Taylor asked for his bill in annoyance, but the Absa credit card machine further humiliated him with a slow response to his card swipe.

When Taylor discusses upward mobility, it is from the position of an outsider somewhat alienated by where he has come from and at the same time not quite fitting into his new surroundings.

“So I was performing at Montecasino [in Johannesburg], and I got tons of flak for just telling my story,” says Taylor. “Old white people actually took the time out to mail me. It was just plain grandstanding: ‘Oh, I used to like your material when you were talking about husbands and wives, but God, you’ve got a chip on your shoulder.’

“I mean, but lady, I’m just telling my story. I tell you the world as I see it. If someone walks past [me in a store] and says: ‘Hi, do you work here?’, that’s my reality. I can either be annoyed by it or I can flip it and hopefully make that audience think.

“If I was standing there saying something completely bullshit about coloured people having no front teeth, and a person of colour called me out and said: ‘You know what, that’s a fucking nasty stereotype and you’re actually being quite classist now.’ Then I’d say: ‘Fuck, you’re right, because I do have teeth.’ So I can’t do a gag like that, I’d be pandering. But if you call me out on an experience that I have or the way I see the world, then sorry, you’re the one with a chip on your shoulder.”

Taylor says the expectation of flak can sometimes lead to a form of self-censorship. “If you are performing in an edgier space and you’re performing your own one-man show, then you’ve got licence,” he says.

“But if you’re performing at a comedy night at Rodizio in Bedfordview, you’d best toe the line and not do too many jokes about class or they might not ask you to come back.”

In the Vernac Attack show during the comedy festival, patriarchy and tribalism largely ruled the roost.

The Shangaan and Venda people are still considered outsiders and the butt of ethnic jokes about their (supposedly) foot-long penises and leathery black skin.

Siya B, a Durban-born comedian, imagined pussy that could be picked from trees and fucked at will and umuthi that made vaginas whistle to shame women who slept around. The male equivalent of this concoction would make penises rattle off like a volley of bullets for men with many conquests, surely a source of pride for their owners.

In the show Live from the Thirteenth Floor, women comedians performed varying acts of shaming each other. “The ho’zone layer has a huge hole and it’s the size of your vagina,” said Nina Hastie to women who were firmly in the friends-with-benefits zone.

Celeste Ntuli navigated a fine balance of owning her (plus) size and acknowledging the dual identities of black women, who she said have to be Margaret and Madonna at the same time (“reading 50 Shades of Grey while slaughtering a goat”).

“That’s why hackers all around the world are organising marches and the [European Union] is plagued with massive corruption. Half of its annual budget is stolen by corrupt people. There’s Fifa, there’s Volkswagen. Now we are all silently sitting, disapproving of the government. Maybe the problem is us.”

‘Oversensitive’
For visiting British comic Ava Vidal, her comedy cannot be divorced from her politics. “As I grow and learn more, I find it hard to make jokes about certain things,” she says by email.

“I cannot pretend not to know better. But then I have to think about where other people are coming from. A lot of African comics outside of South Africa think I am oversensitive about race and racism. But they grew up in a country that was majority black and therefore were never racially profiled and went through things that we did.”

Asked whether there was a place for activism in comedy, Johannesburg International Comedy Festival director Takunda Bimha said: “You can’t just go to a certain place because you need to; it has to be part of your make-up and part of your DNA. Having said that, you have to start off first and foremost by being funny. But over and above that, then you can speak your own truth.”

Are women just not funny enough?

Ava Vidal is a comedian who doesn’t shy away from the truth, regardless of comedic trends.
Read more
Friday

Café by Durban day, carnival of comedy by night

"No reason to be at the mercy of venues that don't really engage with a proper set-up for comedy."
Read more
Friday

By day Mamelo Mokoena works in online advertising. By night, Mum-z, his alter ego, is one of Johannesburg's most vibrant up-and-coming comedians.
Read more
Friday

Jacob Zuma gets off lightly in John Vlismas's new show, but he takes it out on whites.
Read more
Friday

But for a trick of fate, Chris Rock might have been a truck driver. Instead the Brooklyn boy is the "funniest man alive".
Read more
Advertising