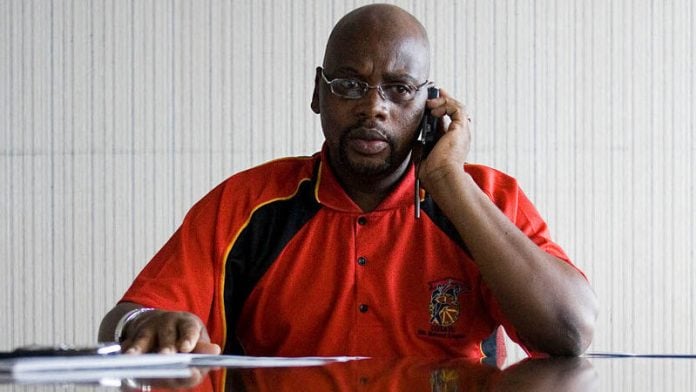 Coming on a cardboard sign to a traffic light near you soon: “One very poor union federation, disappearing affiliates, sugar daddies welcome.”

A week before its national congress, Cosatu is struggling to raise funds to pay for the three-day gathering. Cosatu president Sdumo Dlamini told the Mail & Guardian this week the organisation needs more cash than it has to fund the congress.

“We are speaking to everyone … we still need money,” he said.

Cosatu was approaching “people with money” and “speaking to business people … some are well-wishers.”

Businesses were also being given the opportunity to buy space at the congress to exhibit their products and services.

The M&G has previously reported that Cosatu’s finances were in a bad state, partly because some affiliates have lost members and receive fewer monthly premiums. This affects the contributions that these unions have committed to pay to the federation.

‘Find each other’
While Cosatu officials struggle to raise the funds needed for the congress, there is a strong push by its leaders to make the meeting go as smoothly as possible. Talks are underway to reach a consensus about leadership positions before the congress kicks off.

The M&G spoke to three union leaders, none of whom wanted to be named, who indicated that Cosatu’s national office bearers called for affiliated unions and delegates to “find each other” at the congress.

The first union leader, who serves as general secretary of his union, said he anticipated that there would not be any voting at the congress.

“There will be consensus … there won’t be any contestation,” he said, adding that it would be a “sweetheart congress”. He said affiliates were cautioned against a divisive leadership battle that could derail attempts to unify Cosatu.

A second union leader – also a general secretary of his union – confirmed there were discussions to avoid a bruising leadership battle at the congress. The leader, seen to be sympathetic to ousted Cosatu general ­secretary Zwelinzima Vavi, said democracy in Cosatu was not genuine. The federation has been split for more than a year between those who supported the expulsion of Vavi and the National Union of Metalworkers of South Africa (Numsa) and those who opposed it.

Some of these unions, which were vocal at the special national congress in September, have been demoralised and have expressed no confidence in the upcoming congress, union sources told the M&G.

Numsa announced this week that it would not appeal to the congress to be reinstated because the federation had lost its way.

The second union leader said he was discouraged by what he called the manipulation of processes in Cosatu: “There will be a pre-approved list,” he said, adding that the three biggest Cosatu affiliates would have the ultimate say on who will lead the federation. These are public sector union Nehawu, police union Popcru and teachers’ union Sadtu, which are scheduled to finalise the list of leaders they would back over the weekend.

Dlamini said national officials were not concerned with who got elected and denied it would be a “sweetheart congress”, but rather a platform for robust engagement.