Downtown Music Hub: A step towards an African renaissance 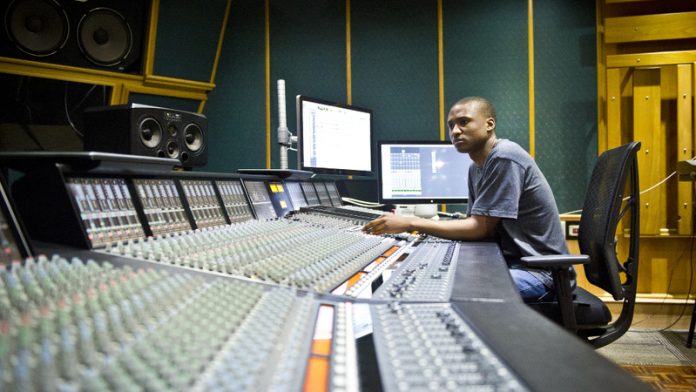 Thursday’s launch of the Downtown Music Hub on the corner of Fox and Nugget streets in central Johannesburg is a step in the direction of an African renaissance where an African solution is provided for an African problem.

It was previously known as Downtown Studios, home of Gallo Records, which dominated the music scene before democracy. The African problem was how to set free the talent and potential of South Africa’s musicians. It was between 1996 and 1999, during Pallo Jordan’s term as minister of arts and culture, that solutions were researched for the White Paper on Arts, Culture and Heritage and the Cultural Industries Growth Strategies Final Report and then put into action.

Jordan, a jazz aficionado and a friend of musicians, developed a vision for providing accessible and achievable recording opportunities for all musicians. He created a well-articulated vision of a network of music hubs. Mobile hubs, such as well-equipped buses, could reach out to musicians in the rural areas. There would be provincial music hubs in the urban centres that could receive these recordings for mix-down and mastering, and a national music hub would link the projects together and act as a centrepiece for a nationwide network of music recording and releasing initiatives.

The provincial structures, such as the KZN Music House, the Miriam Makeba Performing Arts Centre in the Eastern Cape and Cape MIC (Cape Music Industry Commission) in the Western Cape, are up and running. Now the national centre, the Downtown Music Hub, is on its feet.

The venue has a remarkable past, present and, hopefully, future. Originally it was Downtown Studios, the jewel in the crown of South African recording industry giant Gallo Records. Despite the fact that this was during the height of apartheid, artists of all cultural backgrounds and races recorded there, with many going on to huge international successes. Yet royalties on album sales didn’t always add up for local artists. Gallo Records was eventually bought out by the Times Media group. Downtown Studios went on the open market and was snapped up for a song by the National Arts Council.

A home for the music industry
Since transfer, the five-storey building has been renovated, the recording gear upgraded and education and heritage initiatives created to shift the project from commerce to community. A board with cultural knowledge, wisdom and good standing in the music community steers the project. The chairperson is Don Laka, musician, pianist, songwriter, music producer and entrepreneur – he’s the cofounder of Kalawa Jazzmee and the owner of Bokone Music.

Internationally known singer Yvonne Chaka Chaka, managing director of Kaya FM Greg Maloka and Lindamuzi Ngoma, a choralist and great teacher, are the other board members.

The chief executive is lawyer Chola Makgamathe, who says: “Our intention is to be an agent of change, a facilitator, a catalyst, a home for the music industry, for people to be able to come here and get the empowerment that is necessary to join the market. Our role is to assist people to become self-empowered because when you do that it only benefits the industry as a whole. “

The Downtown Music Hub has created a museum of living memory and music heritage on the ground floor. It is the first-ever music museum for the country.

Vusi Mchunu, a heritage practitioner and founder of the House of Memory, was tasked with setting up the permanent exhibition for the museum. It is titled A Glimpse of South African Music and celebrates many of the hundreds of musicians and producers who made international careers and platinum records in the building. It is a lovely multi-media presentation that includes historical equipment, landmark recording sessions and mannequins dressed as some of the legendary musicians in a hall of fame.

Reggae maestro Lucky Dube had his offices at Downtown Studios. His alter ego preserves his long dreadlocks flowing over his camouflage gear. The white Zulu, Johnny Clegg, is dressed in his trademark black and white jacket. International isicathamiya champion Joseph Shabalala stands in his legendary sneakers. And there are the women of song: pop star Brenda Fassie, remembered in her skimpy dress and boob tube, Mama Afrika, Miriam Makeba, in her regal African attire and the explosive jazz maskanda virtuoso Busi Mhlongo, dressed in her glorious indigenous Zulu gear.

Transforming the landscape
In a booth music plays continuously, presenting the rich and diverse heritage of Southern Africa.

Mchunu says: “We inherited in this country a heritage landscape which is totally biased, totally apartheid and colonial outlooking, totally distorting, excluding, alienating our story; the story of the Africans. Our work since ’94 is to transform that landscape. We will never erase the past. There are always versions to a story that enrich us, enrich our generations. Heritage is a mystery. If you subject yourself to the emotions, the passions, remembrances and the real voices of the people you are working on, it is indeed resurrecting of those people. Those people are great spirits. They will never die.”

The Downtown Music Hub is to become a national heritage site, adding to the regeneration and gentrification of downtown Johannesburg.

Ngoma says: “People talk about recording. We provide educative information – classes where people can come from music initiatives to meet an engineer and learn how to do the recordings, how to plan for a recording – those kinds of workshops, which are ongoing. We have school tours and incubators where kids can come in. If the Downtown Music Hub has that focus then the government can be encouraged to buy the whole block and we have something like a proper hub with conservatories, publishing structures, cubicles and distributors.”

A kilometre up Albertina Sisulu Road is the Maboneng fashion and fine art district, so it is logical that this area becomes a music district – the little Paris of Johannesburg.

“’Now is the time’, said Mandela. Now we are going to be taking those kids and recording them and putting them on YouTube so people can hear our sounds,” said Ngoma in reference to a choir that was rehearsing at the Downtown venue on the day of my visit.