Editorial: What a cop-out! 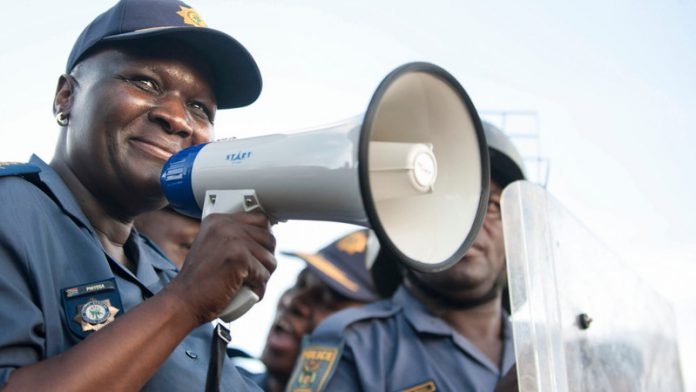 We have seen some truly extraordinary things happen in South African politics over the years, but surely, surely, there is no coming back for disgraced national police commissioner Riah Phiyega.

The president, her ultimate boss, called a board of inquiry to consider her fitness to hold office. The police minister, her immediate boss, has point blank accused her of serious crimes. The legislature that sits in oversight over her has added a few accusations of its own.

If even a fraction of the allegations against her are true, Phiyega stands a decent chance of being remembered as the worst police commissioner in our democratic history – even counting the one who went to jail (briefly).

Yet she remains, technically, the head of the police service, with prospects of several more acts to come in the lowbrow pantomime that is her slow-motion political death, as “suspended” progresses, inevitably, to “former”.

It was a long and slow road to get even as far as suspension, with a whole flurry of letters and submissions between the findings of the Farlam Commission on the Marikana massacre and concrete action.

This week it took two more reports to see further action initiated. Her immediate firing? Of course not. All the extraordinary allegations thrown at Phiyega this week as findings – perjury, fraud, wasting government money – will lead only to three different “implementation teams”: one to clean up the human resources mess she allegedly left, one to formulate disciplinary charges, and one to look at possible financial crimes.

Only once these teams have finished their respective jobs can actual disciplinary proceedings, or criminal prosecution, begin.

All of which, in case you’ve lost track (and we wouldn’t blame you), will come on top of a board of inquiry called by President Jacob Zuma, which is to consider Phiyega’s fitness to hold office through the lens of the Marikana killings. We may be lucky enough to see that board of inquiry merged with the parliamentary board of inquiry, so that there will be only three Phiyega processes running in parallel.

We are all for due process in governance, but it should be noted that in this particular case it’s being ramped up unnecessarily, massively complicating the life of government to solve a problem of its own making.

A board of inquiry into suspended national police commissioner Riah Phiyega's fitness for office was concluded on Friday pending a final finding.
Read more
Advertising
Continue to the category
Politics