He once wore his blue-and-white striped Hugo Boss shirt with pride but it became a source of despair for Bongani Ngcobo, who has tuberculosis.

Those with the disease who are declared too ill to work by a medical professional qualify for a government disability grant.

Ngcobo says the doctor who assessed him told him he “dressed too well to be poor” and declined to recommend that he get the grant.

Ngcobo was jobless because he had spent seven months in hospital being treated for multi-drug-resistant tuberculosis ­– a form of the disease that requires up to two years of treatment with toxic drugs.

He returned to his home in semi-rural KwaZulu-Natal in November last year with a packet of medicine but no money or food. Research has shown that inadequate nutrition can result in delayed recovery and higher mortality rates for tuberculosis patients.

Progress
On October 1 this year Bhekisisa published a story about Ngcobo.

“We saw in the article that this man needed a grant so we contacted him and the hospital and made arrangements to fast-forward his application,” Madlalose said.

The social security agency, which administers social grants, assisted Ngcobo with transport to and from their offices and the hospital.

“I was so happy,” said Ngcobo. “I couldn’t believe people were helping me finally.”

Officially, he is now the recipient of a temporary disability grant that will expire in six months – he can reapply if he is still too sick to work.

“We are not at fault here because it is not our doctor who saw the client but we decided to assist because we could see he was in need,” Madlalose said.

Asked whether he will lodge a complaint with the health department against the doctor who refused to recommend a disability grant because of the shirt he was wearing, Ngcobo said that he has forgiven the doctor after he apologised to him personally.

“I can only be thankful because I have the grant money, I have food and I am going to get healthy again.”

Hardships
Sandile Gumede, from the local branch of the HIV advocacy group the Treatment Action Campaign, said that Ngcobo is one of many local patients “suffering for service”.

“The one way his case is different is that he got help quickly. The government seems to get a fright when they see things in the newspaper.”

He said this shows “the media is a very powerful” accountability tool that can compel “role-players to move on issues”.

But, he said, it often depends on the influence a media outlet has on people in positions of power.

“You will not find the Mail & Guardian in every household, but it is the newspaper that government decision-makers will have on their desks.

“It’s sad, but if Bongani’s story was in a local daily paper I am sure nothing would have changed. Bongani was lucky enough to be in the M&G 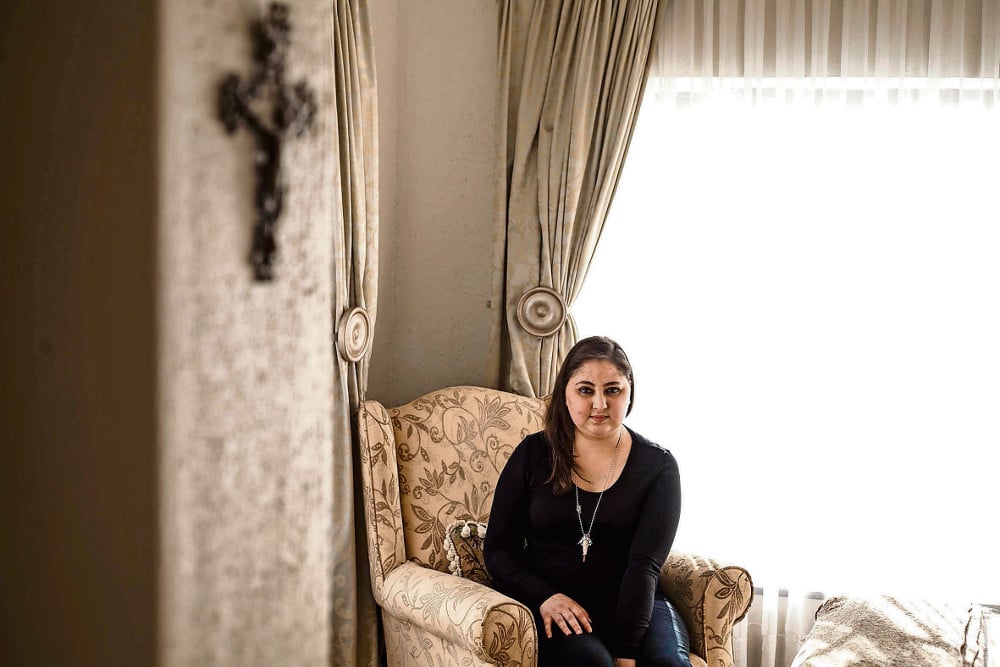 On September 17 Bhekisisa published the story headlined “Pharma sets price on life with world’s most expensive drug“, explaining Alexandra McDonald and her family’s “utter helplessness” when told there was a drug “that could help Alex survive but there was absolutely no way we could get it for her”.

McDonald (29), who lives in Edenvale, east of Johannesburg, has survived strokes and liver disease and has had brain surgery, an organ transplant and other operations.

Last year she was finally diagnosed with an extremely rare disease, paroxysmal nocturnal haemoglobinuria. The PNH diagnosis explained why all these illnesses were happening in McDonald’s body.

But her relief was quickly replaced with frustration: a new drug, the first medicine designed to treat PNH, was not registered in South Africa and would cost her an estimated R320 000 a month.

The total cost of treatment is made even more expensive in the long term, according to McDonald’s haematologist, Karen Gunther, because the drug is not a cure and needs to be taken for life.

It suppresses the disease so effectively that patients can now live into old age.

Poor prognosis
The traditional prognosis predicts people with PNH will live for only 10 years after being diagnosed, according to research published this year in the medical journal Clinical Advances in Haematology and Oncology.

McDonald’s mother, Genevieve Jorge, campaigned for almost two years to get the new drug, eculizumab, for free – through the media, social network-based appeals for donations and by pleading with the US-based pharmaceutical company itself.

After losing a challenge against their medical scheme, which won the right to refuse to fund the drug based on the extreme cost and because it is not locally registered, Jorge was desperate.

Alexion Pharmaceuticals, the company that makes the drug under the name Soliris failed to respond to Bhekisisa’s requests for comment but that did not mean they fell on deaf ears.

A few hours before the story was published Jorge was contacted by the company with the news that a supply of Solaris was on its way to the country for McDonald.

“Because Alex’s case is so severe and rare, she is the only PNH patient with an organ transplant, Alexion said they would give it to her on compassionate grounds after taking time to consider it,” she said.

Her media-based campaign succeeded: “We’re so grateful to Alexion and everyone else who played a role in helping Alex, including the Mail & Guardian and the support we received on social networks.”

“Alex was literally dying before my eyes but now I have my child back.”

But, for the other handful of PNH patients in the country the only avenue available to get eculizumab at a reduced price is in court through a legal challenge of compulsory licensing, which, as Julia Hill from the local branch of Médecins Sans Frontières explained, would be even more difficult than normal because the disease is so rare.

She said previous compulsory licence threats had succeeded for HIV medicines but in that case there were “exponentially” more people who would use the drugs.

Fix patent laws
She said the only long-term solution is radical change to South Africa’s patent laws, which would allow “access to cheaper generics for life-saving medication”.

Two years ago the department of trade and industry released a draft intellectual property policy that contained suggestions to reform the Patent Act to allow access to essential medicines. But, with no further word from the department, activists are worried the policy has been shelved.

In an October press release the Fix the Patent Laws campaign accused Minister Robert Davies of being influenced by the concerns of big business.

Vicki Pinkney-Atkinson, of the South African Non-Communicable Diseases Alliance, said: “It is unacceptable that Minister Davies is ignoring the pleas of South African people to urgently fix our patent laws and appears to be influenced by some pharmaceutical companies to abandon reforms to improve affordability of medicine”.

She called for immediate action by the government.