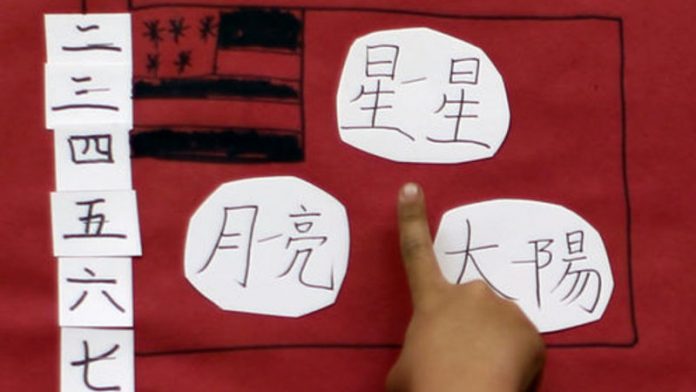 It’s said that behind every powerful language is an army and money. Consider the case of English. In South Africa, as in its other colonies, the British arrived with the Bible in one hand and the breech-loader in the other. Behind them was the English language, military might and money.

British missionaries wanted to convert Africa’s indigenous “heathens” to Christianity; to clone little English people on the continent through the medium of English. Next came the Afrikaners, descended from the Dutch. Their slaves created a “kitchen” language out of Dutch and called it Afrikaans. White Afrikaners appropriated it as their own and it became the language of apartheid.

One of the tipping points of white rule was the 1976 Soweto uprising – a furious, powerful response to the news that Afrikaans would become a compulsory medium of instruction.

Now there is a new potential coloniser on South Africa’s linguistic block. From 2016, Mandarin will be taught in the country’s schools as a Second Additional Language. This new government policy will see African languages bumped even further down the educational pecking order.

Policy prevarication
In 2014 South Africa’s Department of Basic Education unveiled a policy designed to prioritise and improve the way African languages like Xhosa, Zulu, Sesotho and Tswana are taught. English and Afrikaans are favoured as first languages by most schools, even those whose pupils do not speak either as their mother tongues.

The policy proposed teaching an African language to all children from Grade 1 at the level of a First Additional Language. The department argued that introducing African languages to all pupils would create a more cohesive society and improve communication between all South Africans.

If properly implemented, the policy encourages a situation where South African scholars could possibly learn in languages that they understand best. That creates a more literate society – one where students actually understand what they are learning rather than simply rote learning content through the medium of English.

But almost as soon as the government introduced this policy, it seemed to backtrack. At the beginning of 2015 the policy’s introduction was delayed by a year.

It has also not been universally welcomed. Some have complained that adding an extra 30 minutes to the schoolday to fit in an African language will simply be too tiring for children. Local languages will be downgraded once again to Second Additional Language status – on a par with Mandarin, which is an almost entirely foreign language in South Africa.

A success story
Mandarin’s addition to the school curriculum appears to be more of a political ploy than a sound educational policy. South African President Jacob Zuma enjoys a close relationship with China’s government, which has led some critics to call the Asian powerhouse a new colonial power. The news of Mandarin’s addition to the school curriculum has enraged South Africa’s largest teacher union.

It would be far better to concentrate on teaching content subjects in African languages properly alongside the expert teaching of English as a subject. English should also be used jointly with African languages in the classroom to aid cognition and improve learners’ ability to transfer concepts from their own languages into English.

This is not just wishful thinking. A project in South Africa’s Eastern Cape province proves how valuable African languages are to pupils’ learning. The Cofimvaba Project involves 70 rural schools which have taught maths and science in isiXhosa up to Grade 6 for the past four years. This is by far the most dominant language in the province. English is taught as a subject and is also used bilingually alongside isiXhosa to teach maths and science.

When the project started, learners were scoring on average around 20% in the Department of Basic Education’s Annual National Assessments. This average has improved to around 65%.

This year the Grade 7s were supposed to adopt English as a language of learning and teaching. Their parents refused. They chose English as a subject and an adjunct to isiXhosa – because they had seen their children grow and flourish after watching them fail for years. The schools’ governing bodies have seen for themselves that their children can learn content subjects in their home languages while acquiring good English.

English literacy levels in these schools is at 60%, way above the average of other rural schools where English is the medium of instruction. These percentage figures speak for themselves.

It is the only project of its kind in South Africa and has been well supported by the provincial government. It should serve as a model for the rest of the country.

Mandarin is not a priority
So are we suggesting that Mandarin has no place in South Africa’s education system? Not at all. In fact, it’s already here – at our universities.

Confucius Institutes at, for instance, Rhodes and the University of Cape Town, are well versed in teaching Mandarin and Chinese characters. After three years of immersion at university many students have come out relatively fluent and are now working in China.

But do we need to teach Mandarin or Chinese from Grade R? Other countries, like Australia, have discovered that teaching Chinese as an additional language subject at school just doesn’t work. Australian school leavers emerge after 13 years with the fluency of 500 Chinese characters or less.

There are many varieties of spoken Chinese but only one set of written characters for written language which everyone must learn. The acquisition of the 500 characters after 13 years is the equivalent of Grade 1 competency. Is this worth the effort?

South Africa must fix its existing system first. Once it has achieved its educational aims through appropriate research-based and empirically sound language-in-education policy implementation, then it can consider adding other world languages to its educational repertoire. For now, let Mandarin be taught at South Africa’s universities as is presently the case.