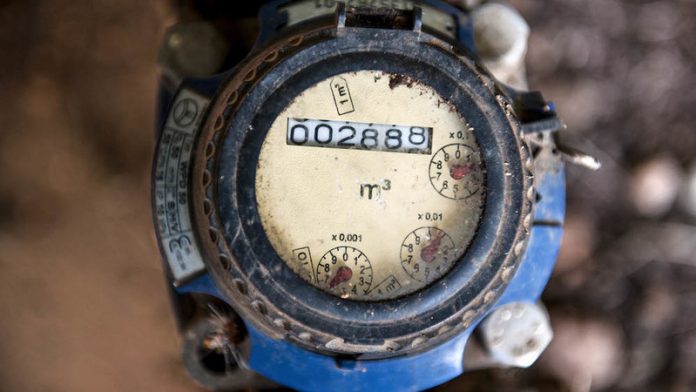 A symbolic warming milestone will be passed this year when the world is 1°C hotter on average than it was before humans started burning fossil fuels on an industrial scale.

This warming, exacerbated by one of the three strongest El Niños ever recorded, has seen temperature records broken during South Africa’s spring. Entire provinces have been declared disaster zones and water utilities such as Rand Water have instituted restrictions.

But the government is still not tackling the most easily preventable source of wasted water – theft. A third of all water that municipalities buy from the department of water and sanitation goes unaccounted for. The average for similarly water-scarce countries is 10%.

That amounts to R7-billion lost each year. This is money the municipalities have to make up in their budgets to cover the maintenance and delivery costs, including those of water. The state says R700-billion is needed to upgrade and fix water infrastructure over the next decade.

Much of the loss results from leaks, and the focus on new infrastructure rather than on the maintenance of it means many pipes are as effective as a sieve in holding water.

In places like Evaton, a sprawling apartheid-era township south of Johannesburg, theft means the municipality is unable to get people to save water. In this part of Gauteng, temperatures regularly head towards 40°C. Water levels in the nearby Vaal and other dams have been steadily dropping.

The Emfuleni district municipality has joined dozens of others around the country in declaring water restrictions. But green lawns and hosepipes spewing streams of water on to soapy cars tell a tale of disobedience.

The municipality has been unable, and unwilling, to force people to pay for the water they use. As in other parts in Gauteng, attempts to introduce water meters were resisted and the meters were destroyed.

The meters would see that each household is given 6 000 litres of free water every month, which is mandated by the National Water Act and the Constitution, based on the 25 litres of free water that people are calculated to need to survive each day. In practice, a third of South Africans do not get this free allocation of water. Everything over this has to be paid for by the household.

The situation is repeated throughout the country. eThekwini statistics for 2013 show that 8% of its water was lost through theft, thanks to 40 000 illegal domestic connections. The City of Johannesburg loses a similar amount. Most of the other metros registered the theft of about 10% of their water.

Because of its inability and reluctance to force people to pay for the water they use, the government instead looked at reducing demand and stopping waste. A 2013 plan to reduce demand by 15% was passed. But in 2014 the government told the portfolio committee responsible for water that little progress had been made in achieving it.

There have also been repeated launches of the national “war on leaks”. This got a nod in the 2012 State of the Nation address, and again in August when President Jacob Zuma said: “Let me remind you that we have a responsibility to save water. All of us. Nobody should waste water.”

The government has been more successful in other sectors. Industry, which uses 7% of all water, has steadily decreased its water footprint with efficiency measures.

Farming has also been targeted. About 150-million cubic metres of water are illegally extracted by farmers each year – while a total of 40% of all irrigation water is lost or stolen, according to government statistics.

But enforcement is hamstrung by a shortage of resources, and groups such as the Centre for Environmental Rights criticise the government for leaving the unit with too few people to police water theft.