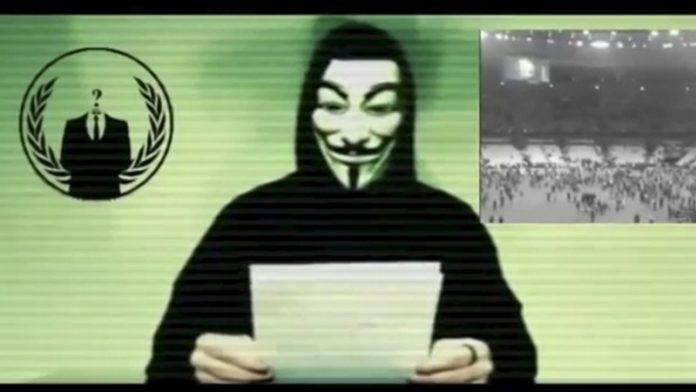 Online collective Anonymous “is at war” with the Islamic State (Isis) following the attacks in Paris, in a continuation of its “#OpIsis” campaign.

In a video, originally released in French, a figure wearing Anonymous’s iconic Guy Fawkes mask addresses the terror group directly. “You, the vermin who kill innocent victims, we will hunt you down like we did those who carried out the attacks on Charlie Hebdo,” the figure says in computer-generated speech.

A loosely related group of hacktivists, BinarySec, has confirmed that it will also start acting against Isis in the online sphere.

The group posted a statement on ghostbin, saying: “We as a collective will bring an end to your reign of terror. We will no longer turn a blind eye to your cruel and inhumane acts of terrorism towards all other religions that are not Islam. We’ve watched you behead innocent people, kidnap and murder children, and then launch terrorist attacks in France. This will not be tolerated any longer.

“We here at BinarySec live for the sole purpose of bringing down all Isis propaganda one website and/or person at a time. Isis … your jihad is coming to an abrupt end. We here at BinarySec will be one of the driving forces to your end and that’s a promise. Isis … The War Is On.”

The opposition to Isis isn’t new among hacktivist communities, and BinarySec and Anonymous, more broadly, have been disrupting jihadi online communications for a while. The operation began in January as #OpCharlieHebdo, when members of Anonymous devoted themselves to rooting out the social media accounts of Isis supporters.

Anonymous declared a partial victory in #OpIsis in February, after seizing control of almost 100 Twitter accounts associated with the group. Since then, they have made use of a varied set of tools to hinder Isis online. Social media accounts have been seized by guessing passwords or abusing reset emails and when that isn’t possible, they have been flagged to either Twitter or Facebook to be shut down.

Additionally, Anonymous has been using hacking techniques such as distributed denial of service attacks, which overwhelm a website with traffic, to bring down public Isis websites.

According to a report in Foreign Policy, Anonymous has had success in bringing down 149 websites, flagging more than 100 000 Twitter accounts and reporting a further 5 000 propaganda videos.

While Europe and North America may be afraid to go outside, we fear the crime that comes to us.
Read more
Opinion

While one reader sees Islam as an 'aggressive religion', another blames the West for the damage caused by colonialism - and scapegoating Muslims.
Read more
Business

Twelve years after George W Bush proclaimed a new era of peace and stability in Iraq, the Middle East is more unstable and dangerous than ever before.
Read more
Analysis

Anonymous strives to bring down Islamic State propaganda before it reaches the masses.
Read more
Analysis

Why Islamic State targeted Paris and why it’s changing tack

In the flurry of activity since Paris was attacked, the reasons it happened in the first place risk being forgotten.
Read more
Advertising
Continue to the category
Coronavirus