Hot? Chill out with a good read 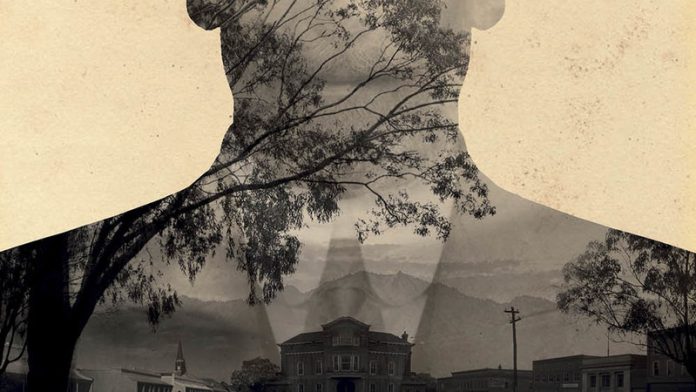 Summer is set to be very hot and dry, and this after a momentous year politically, socially and financially for most of us. So, find a cool spot and dive into a satisfying book, for now is a good time to read, especially fiction in which we try to make sense of ourselves.

South Africans have lived through many periods of war and political upheaval and we remain human in the midst of it all.

Two excellent historical novels set in South Africa are Shouting in the Dark by Elleke Boehmer (Jacana, 2015) and The Magistrate of Gower (Umuzi, 2015) by Claire Robertson.

In both these novels, written by women, the main character is a male war veteran, and both are set in fictitious country towns in South Africa, but have links to the southeastern Indian Ocean area.

Boehmer, professor of world literature in English at Oxford University, has written several novels and literary studies. JM Coetzee says her novel is as “disturbing as it is enthralling”.

Mainly set in a small town inland from Durban, it concerns a Dutch immigrant family who have washed up there after World War II.

The father, Har, is a veteran, having served in the Dutch navy in the eastern Indian Ocean, and it is he who shouts in the dark, his sherry-fuelled rants and rages witnessed by his daughter, Ella.

She is the central character, almost eclipsed by her verbally and emotionally abusive father, and only weakly assisted by her mother.

It’s a remarkably involving story in which Boehmer shows us how the complex and clever old tyrant nevertheless shapes his daughter’s political sensitivity, if only in resistance. A subtle and passionate voice, Boehmer examines survival in all its manifestations in a new country.

Robertson, whose deft and unusual first novel, The Spiral House, won the Sunday Times Fiction Award, starts her new novel, The Magistrate of Gower, in Ceylon (as it was then). It moves to Cape Town just after the South African War and then, in the 1930s and early 1940s, to a fictitious dorp, Gower, which is nevertheless big enough to have a courthouse and a branch of the Women’s Federation.

The magistrate of the title is Henry Vos, a boerseun of good farming stock, who is a prisoner of war in Ceylon in the first part of the book.

He is barely 19 when he is shipped off by his British captors; an early love affair has disastrous results, but he returns home to enter the legal profession. A secondary character is Adaira, a young woman of independent intelligence, who navigates the complex politics of the dorp.

The delineation of these characters is fairly cool, but Robertson lets her hair down a bit more in the poor whites’ “blikkiesdorp” and with the Jewish haberdasher, a refugee from Nazi Germany.

Her real interest is history – how we shape it, and how it shapes us. She looks at the British in Africa, at the formation of the early National Party and the creation of the idea of Afrikanerdom at the time of the re-enactment of the Great Trek in 1938. This is done through Henry and Adaira and their lives in the dorp.

Black South Africans are barely mentioned, as though society consisted only of white people, reflecting perhaps the excluding, blind consciousness of colonial South Africa, still subject to the British throne. Homosexuality is also an important part of this pleasingly austere and interesting read.

A historical novel from more recent times is Rehana Rossouw’s What Will People Say (Jacana, 2015), a riveting account of one family’s attempts to live a decent life during the school boycotts and gangster takeovers of the turbulent 1980s. Not for the faint-hearted.

Moving ahead a few decades into the future is a historical novel of the speculative sort, Dub Steps by Andrew Miller (Jacana, 2015).

If you’re wondering what the next century holds for Egoli, you may really enjoy this novel in which a handful of Jo’burgers survive a weird apocalyptic event and start a new society, reminiscent of Margaret Atwood’s Oryx and Crake series.

Although South African writers are still exploring the remoter corners of our identity and history, the moral guardians of Australia, Tim Winton on the west coast and Peter Carey on the east coast are tearing into the critical issues of the day – lethal environmental degradation and political corruption, both globally and locally.

Tim Winton’s novel, Eyrie, is set in Fremantle. Tom Freely, a failed and outmanoeuvred environmental activist, is nursing his wounds in a highrise (the eyrie) near the beach in “good old Freo”. The spooky kid in the flat next door, at risk from the attentions of social workers and gangsters alike, draws him out of his wallow.

Peter Carey’s novel, Amnesia (Faber and Faber, 2014), is set in Melbourne. It concerns a mad plot to use a disgraced journalist to save a young girl hacker. She’s far more charming and badass than Stieg Larson’s heroine, a genius who begins her career taking on chemical manufacturers of toxins used in agriculture, but goes on to jimmy the security of prisons that hold asylum seekers.

Carey lives in New York, but this novel is awash in potent love and nostalgia for his home country. This shows in his amused respect for Ozzies, and in his poetic evocation of the landscape and weather.

After a storm: “Out in the dark world the hail was surely melting, and the hulls of massive clouds were sailing eastwards from the plains, presumably passing over the ‘secure location’ where Gabrielle Baillieux wore a tracker anklet.” And: “It was a cold-skied Melbourne day and the blackwood wattles were blooming in the hills.”

A small book, and thus a relatively inexpensive gem, is a new collection of poems by Wendy Woodward, The Saving Bannister (Modjaji Books, 2015). Woodward has taught Southern African literature, animal studies and the writing of poetry for many years at the University of the Western Cape. Now that she is an emeritus professor, she continues to conduct poetry-writing workshops.

Her poems are a distillation of an ordinary life (insofar as any of us enjoy that in South Africa), a spiritual awareness and a devotion to the sentience of animals and their role in our lives.

In a poem that deals with what to make of the Punch and Judy shows some of us saw as children in pre-TV days, which made her cry because they were so violent, she first admires Judy: “irrepressible … a trope for endurance”. And goes on to say: “It’s the dog/ who inspires me now/ with his agency and cunning;/ and for his insistence/ on the rights of small brown dogs/ to fair play,/ on a starved truncheoned stage.”

She laments the sadnesses inherent in her parents’ marriage, writes about horses in the South African War (hundreds of thousands died on the Boer side), “their belligerence, their beauty”, and their poignant names: Malpert, Fleur, Very Nice.

In Midrash for Lot’s Wife she rewrites the story from the wife’s point of view, which is in itself a commentary and exegesis on that bit of scripture: “better by far to be a pillar –/ as impermanent as all I had loved –/ of salt, beloved by goats and bullocks,/ and the little klipspringer/ who comes stepping softly to me now,/ immune to the apocalypse behind her;/ to the dull fire and hurtling brimstone/ at her pointed, perfect hooves.”

May we too survive a burning fate this coming season, or at least fortify ourselves with the salt of reading.

Empire of Fear: Zooming in on the Islamic State

Urban gardening with with Jane Griffiths