Jonah Lomu: A true great who transcended his sport 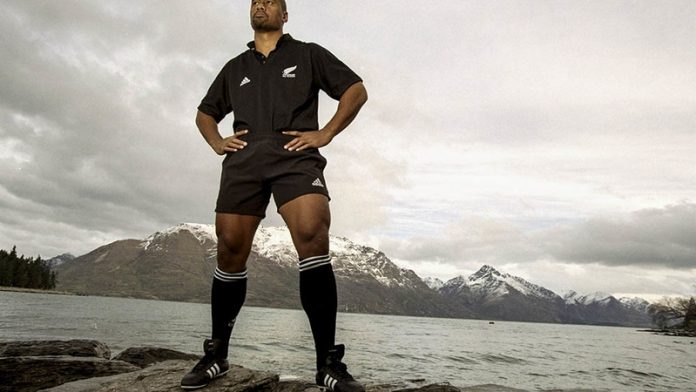 Athletic prowess does not always a great man make. Fame can easily corrupt and life beyond the touchline requires a different set of skills and emotions. Just occasionally, though, certain individuals qualify for the pantheon on both fronts. Among the litany of tributes to Jonah Lomu’s extraordinary rugby ability have been many more highlighting the gentle, generous soul within.

Rugby union was indeed fortunate to have him, even if it rarely felt like that to a generation of comparatively matchstick-limbed opponents. The Wallaby lock Dean Mumm had it spot on with his lovely tribute, describing Lomu as “an automatic selection in heaven’s first XV”.

No one makes it into that most exalted of squads without being a remarkable human being as well.

Even a few short weeks ago his humility shone through vividly on an appearance on BT Sport’s Rugby Tonight programme. What also stuck in the mind was his fascinating demonstration of how to hand off an opponent by using the sharp downward motion of his front leg – bam! – as a way to brace the rest of his body and transmit extra power through his arm. This was not an unthinking lump who relied solely on brute force.

No one will ever rival Muhammad Ali’s ability to elevate sport above all the restrictive barriers of colour, class and creed but Lomu was not far behind. Of all the sizeable impacts he made in life, none left a more lasting impression than his performances at the 1995 World Cup. Had the Incredible Hulk and Superman combined forces for 80 minutes, they would have struggled to outdo Lomu’s four tries against England in the semifinal in Cape Town.

Already at that tournament he had transformed people’s notions of what a wing three-quarter should look like.

As the monster crashed straight over the top of the unfortunate Mike Catt to score his first of the afternoon it felt like something out of Jaws.

Above my desk, to this day, sits a postcard bearing those immortal words sent by fax by a New Zealand fan to the team’s hotel in Johannesburg. “Remember rugby is a team game – all 14 of you pass the ball to Jonah!” Real life – and real rugby – does not work like that but few have ever grabbed the sporting world by the lapels so compellingly.

“It changed my life completely,” recalled Lomu last month. “I didn’t realise what I’d done until the next morning when I went to buy some toothpaste and the whole mall followed me. I was hiding in the janitor’s closet out the back waiting for security to arrive and help me get back to my hotel.”

None of us lucky enough to be there will forget the sense of shock that rippled around the ground, the kind that genuinely does take your breath away. The All Blacks were outstanding in all departments – Josh Kronfeld, Zinzan Brooke, Walter Little were in their pomp – but Lomu transcended everyone else. “He is a freak and the sooner he goes away the better”, was the wry verdict of England’s captain Will Carling at the post-match press conference.

In the event, Lomu featured in only one more World Cup and never won a winners’ medal. In 1995 in South Africa he was gang-tackled out of the final, and in 1999 his two tries at Twickenham could not prevent France from securing the most spectacular of World Cup upsets.

Even at the height of his powers, though, he was already suffering from the effects of nephrotic syndrome. Although his health problems – he underwent a kidney transplant in 2004 – restricted him to 37 tries in 63 All Blacks appearances over eight years, his record tally of 15 World Cup tries has yet to be eclipsed. What more could he have achieved had illness not intervened?

He was also ahead of his time. Only those who had seen him break schoolboy athletic records at Wesley College in Auckland or glimpsed him at the 1994 Hong Kong Sevens had an idea what was coming. Initially there were some who regarded him as lacking in subtlety and being something of a novelty act; they underestimated his acceleration, the low centre of gravity, the massive thighs and the competitive drive.

Even those of us who reckon Australia’s David Campese was the sharpest winger to have laced a Test match boot would have to accept that, one on one with Lomu in possession, there would have been only one winner.

How sad that God has chosen to sub him off so prematurely, at only 40 years of age, and reunite him on the celestial bench with his equally lamented ex-team-mate Jerry Collins. It is fair to say the two muscular All Blacks left an imprint far beyond the rugby field. – © Guardian News & Media 2015