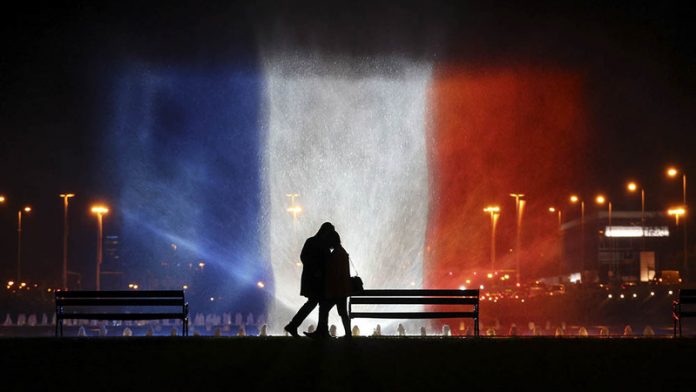 Last Friday night Paris was rocked by multiple terror attacks. By Saturday morning Facebook was awash with profile pictures overlaid with the French flag in solidarity with a city in mourning.

What followed, as has now become common in a global news cycle permeated by social media, were questions about how the media prioritises one global disaster over another.

Where were the affirmations of solidarity for the victims of the twin suicide bombings that ripped through Beirut the day before?

Paris was described as a “warzone” in the hours after the co-ordinated attacks, but how did people react to the news in countries where the threat of terror and violence have become the norm?

The reaction to the Paris attacks also prompted people to ask questions about how big global brands and websites display their mourning: If Facebook is truly global, why didn’t it offer users the chance to overlay the Kenyan flag in support for the 147 students killed by al-Shabab in April?

Western bias
Many Facebook users complained to Mark Zuckerberg about what they said was the site’s inherent bias towards Western tragedies, after the company switched on its safety check function, previously only activated for natural disasters.

Users asked why the same hadn’t been done for the Beirut bombings, or the attack in Garissa, where Kenyan students were killed by gunmen at their university campus near the Somali border.

Their criticisms prompted Facebook’s chief executive to acknowledge there were “many other important conflicts in the world”, and he promised to roll out the safety feature more widely in future.

As these comparisons were circulated, it also served as a reminder that social media campaigns to humanise the victims of terror attacks are often heartbreakingly similar.

After Garissa #147notjustanumber was set up to tell the story of each victim. This weekend #recherche-Paris and #RechercheBataclan were used to help families search for their loved ones who’d been at an Eagles of Death Metal concert where more than 80 people were shot dead.

Kenya responds
Morris Kiruga, a Kenyan blogger known as Owaahh said the reaction from Kenyans on Twitter changed from “shock and horror and overwhelming support to Parisians on such a wanton destruction of life” to a “sense of injustice once Facebook started running the flag”.

Kenyans had no such option in April. Robert Alai, a Nairobi-based activist and blogger, said that while the world stood by Kenya during the Garissa attacks, Facebook was in danger of losing the trust of their users in Africa, the Middle East and Asia. Those in Timbuktu, who have faced ongoing brutal attacks from Islamists, need these tools as much as Parisians, he added.

Alai was critical of the selective public mourning shown by celebrities and world leaders, an injustice he says was felt “not only felt by Kenyans, but across Syria, Iraq, Lebanon and Nigeria” where citizens deal with death and terror daily.

For Kiruga “the jury is still out” on whether tools like the “marked safe” app are helpful, but he is full of praise for the flag app which offers solidarity at the touch of a button.

“More than anything else it is a definite message to the people under attack that the world sees their pain,” said Kiruga.

In January this year, the world’s eyes were on Paris, where terrorists had attacked the offices of the satirical magazine Charlie Hebdo, killing 12 people.

In Nigeria, reports emerged that 2 000 people had been murdered by Boko Haram in a series of attacks on the town of Baga just a few days before the Hebdo attack.

But the news was largely overlooked by Western media, who were accused of prioritising French deaths over those in northern Nigeria.

Various reasons were offered at the time to explain why the event had passed without international outrage: the remote location of the tragedy, reporting difficulties and national inertia were all raised.

So how do Nigerians feel when the atrocity is elsewhere?

Ndi Kato, an activist from Kaduna state which suffered multiple bomb blasts this year, described the Nigerian reaction this weekend as “internet sadness”, a superficial kind of solidarity that doesn’t meaningfully extend offline.

“People were shocked of course but I feel like we are now all desensitised because of the frequency of terrorist attacks,” she said.

Soon forgotten
Tahir Sherriff, an Abuja-based journalist, explains that Nigerians have been asking questions of the world’s media: “People are being killed everywhere so what’s special about France? Who is the judge on what gets a larger coverage and what doesn’t? Are some human beings more important than others?”

For Kato, some of the blame lies with the domestic media who failed to help. “Nigerians empathise, or value the lives of Nigerians,” she says.

She gives the example of the 276 Chibok schoolgirls kidnapped by Boko Haram in 2014, a story that went viral only after the #bringbackourgirls was circulated by activists online, bringing the story to an international audience. “CNN is never ever going to prioritise Nigerians over Americans … it’s up to us,” she said.

Both #147notjustanumber and #bringbackourgirls were successful national campaigns that humanised tragedies and sent them global. But what happens when the interest moves on?

“After Garissa there were vigils in Paris, Belgium, Lebanon and universities in the United States, Australia, South Africa and Egypt,” says Kiruga.“A group from Mexico painstakingly weaved all 147 names into one patchwork quilt.”

“It was simply overwhelming but it seems to have been soon forgotten and replaced with this sense of injustice.” – © Guardian News & Media 2015 with additional reporting by Eromo Egbejule