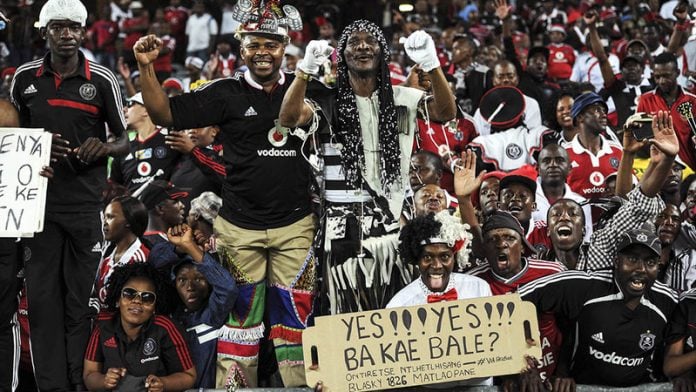 As Orlando Pirates prepare for the first leg of the African Confederation Cup final on Saturday it seems that, after years of apathy, South Africa is embracing the annual pan-African club competitions with increasing fervour.

It is only the fifth time in more than two decades of participation that a South African club contests a continental final, a markedly poor return for a league that claims to be the biggest on the continent.

Given the lucrative television deal and generous competition sponsorships that finance local professional football, South African clubs should have had a lot more success than just one African Champions Cup trophy for Pirates in 1995 and victory in the now-defunct African Cup Winners’ Cup for Kaizer Chiefs in 2001.

In between, South African clubs rarely bothered to get excited about the two annual competitions, looking on participation as an unnecessary drain on resources that diverted attention from a more important domestic agenda. Sometimes clubs even sent reserve teams out to play in the Champions League or Confederation Cup, regarding the results as unimportant and saving their best players for local matches.

But after the Premier Soccer League agreed to help with the often prohibitive travel costs, it provoked the start of a change of heart, led by league chairman Irvin Khoza and, more recently, Sundowns coach Pitso Mosimane.

Khoza, who is also the chairman of Pirates, caught the rest of the clubs off guard when he declared, some five years ago now, that his side’s ambition would be to win the Champions League and ultimately dominate African football.

Usually such a statement would have provoked a volley of derision but the all-powerful “Iron Duke” is a man whose rare pronouncements carry much gravitas among his peers.

It sparked something of a change of attitude, helped by the fact his club then had a storming run to the 2013 Champions League final.

It was galvanised by a famous aggregate win over TP Mazembe of the Democratic Republic of Congo, despite the return leg in Lubumbashi being full of the refereeing shenanigans that had been one of the reasons why South African clubs had been dismissive of pan-African competition in the past.

Pirates’ goalkeeper Senzo Meyiwa saved two penalties that day in a mythical performance as the Buccaneers seemed to be on the wrong side of the whistle for every infraction. Yet they held out to win with 10 men, after a sending-off for captain Lucky Lekgwathi, earning begrudging applause from the Mazembe fans at the end.

The Congolese had cut the television link to South Africa in the first half, confiscated reporters’ mobile phones and detained Bucs’s security personnel for the whole match.

It all provoked an outcry, and a later apology from Mazembe, but, more importantly, created an image of heroic warriors that then galvanised widespread support for Pirates, whose every subsequent step towards the final was cheered by the whole country, even the supporters of their archrivals, Kaizer Chiefs.

Since then, big-spending Sundowns have also set their sights on the Champions League and bought liberally to create an expansive squad that allows them to be competitive in both domestic competition and on the road in Africa.

They had the misfortune of meeting Mazembe in the early rounds this year and lost narrowly, but Mosimane continues to make clear that the club intends to prioritise chasing Champions League glory.

This change of emphasis makes Saturday night’s first leg of the Confederation Cup final against Etoile Sahel at the Orlando Stadium in Soweto another watershed moment for South African football.

Pirates can end a drought of some 15 years for the country if they overcome their Tunisian opponents, having already seen off the fabled Al Ahli of Egypt in the semifinal.

Victory will go a long way towards making success in the Confederation of African Football competition more of a priority for South African clubs, their players and supporters.

The insularity that is still a hallmark of the South African psyche is slowly being chipped away with each passing achievement.

Painfully, the country’s football community still values domestic success as the pinnacle prize but is slowly beginning to move in step with the rest of the world, where a club’s ultimate top achievement is becoming a continental champion.

Although this is Africa’s second club prize, it is still a formidable achievement if Pirates do go on and win. They will be confident they have the ability but their cause will be made a lot easier if they come through Saturday’s first leg at the Orlando Stadium with a lead and a clean sheet.

A solid foundation is always desirable for the side who play the first leg of a final at home but Pirates have rarely achieved this. They seem to relish emerging victorious from near-impossible situations. It is a skill they will likely find most handy over the next week.