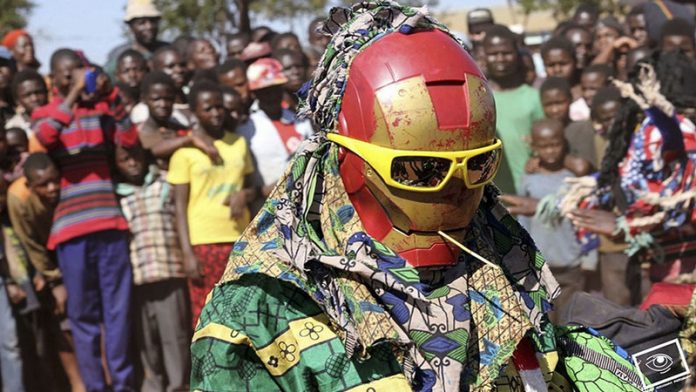 The Tumaini arts festival’s Congolese founder, Menes La Plume, is clear in his ambitions: he wants to change the way refugees are perceived across the world, and he’s doing so by showcasing their many creative talents.

For the second year running, musicians, poets and dancers came together for the festival. This year’s edition featured 18 acts from Malawi, Burundi and the Democratic Republic of Congo (DRC).

It was organised as a sister event to the Lake of Stars, a much-celebrated festival and popular beach party that has generated more than $4.7-million for the local economy in the 10 years since it launched.

La Plume is intent on dismantling the idea that refugee camps are always miserable and bleak places. He says: “As a refugee [myself] I try to make myself a voice for the voiceless. Every time I hear people complain, I become a channel through which they can get their message to a broader audience.”

Dzaleka camp was established in 1994 in response to the thousands fleeing genocide in Rwanda, and wars in Burundi and the DRC.

Some bands that performed at Tumaini (which is Swahili for “hope”), such as Babu Bébé and the fantastic Amahoro drummers, live in the camp, and Malawian acts such as the singer-songwriter George Kalukusha come from Blantyre or the nearby capital of Lilongwe.

Bars serving beer sprang up on Dzaleka’s street corners because of the festival.

Meanwhile, generators imported especially for the event gave the camp a much-needed power boost, allowing electric guitar licks and frenzied late-night gigs to filter out through the camp’s evening air.

Amid the music, life for the locals continued as normal.

Clothes were hung out to dry between the stages, and a makeshift school and health clinic operated as they do on any other day.

La Plume, a refugee from Congo, explains the festival’s distinct aim: to empower its residents as people in their own right, giving them a status beyond just being a refugee.

“No one sets out permanently to leave the place [where] they were born,” La Plume says.

“And to then go to a foreign country where they will know no one. Who chooses to be looked at as a lesser human being?”

An early highlight came from Burundi’s Amahoro Drummers, who whipped up a frenzy among the audience, made up of locals and tourists alike, while groups of children danced in close circles, kicking up red dust in appreciation.

Elsewhere, Menes’s poetry performance put a spotlight on the plight of many of the camp’s residents.

“Imagine yourself between the hammer and the anvil,” he told the audience.

“Those who beg today were rich like you yesterday. But from the summit where they were, the lightning of the human wickedness reached them and buried them in the margins of society.”

The crowd whooped in appreciation, and with Menes in charge, it felt as though anything is possible for Dzaleka’s refugees. ­– © Guardian News & Media 2015