Waiting weighs on the Proteas’ mood 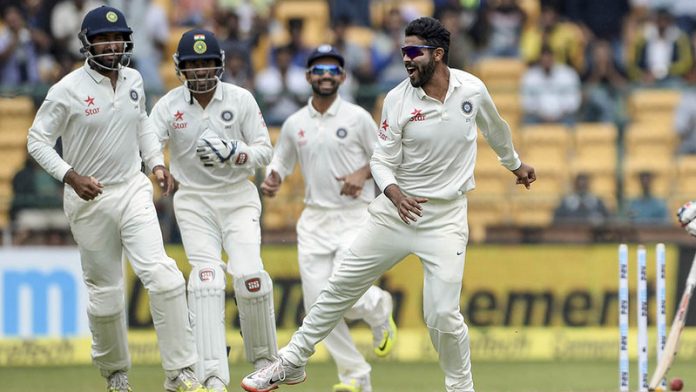 Almost 20 years ago, when Tim Noakes still believed in carbo-loading before a marathon, he completed a study into the effects on sports performance of time spent away from home and family. It was a fascinating attempt to calibrate scientifically that most unscientific of subjects, human emotion.

Nonetheless, as the country’s pre-eminent sports scientist, his results were both informative and instructive. Sports performance, especially in a team environment, would deteriorate after six weeks on the road. Emotional and mental strength weakened, if not physical strength, and results would almost always decline.

There are always exceptions to every rule, but the science behind the research was hard to question. And very few sportsmen did, especially those with wives and families. Even the most confirmed of bachelors with carefree living habits struggled with long-term separation from their circle of friends and many other comforts that they took for granted.

So much has changed in the intervening years that Noakes’ research could be written off. The only way cricketers could see their loved ones back then was by staring at a photograph and the only way they could speak to them was on a hotel room phone, which cost as much for three minutes as their daily meal allowance.

It seems natural to assume that multimedia communication platforms will have radically altered a player’s ability to withstand the natural pangs for affection and bouts of homesickness, and that’s true.

The other radical change in recent years is the accessibility of direct contact – Cricket South Africa spends millions of rands flying partners and families on overseas tours, which was not the case in the 1990s.

So everything should be fine after seven weeks in India, right? Besides, the squads for different formats of the game are different and many of the limited-overs specialists returned home two weeks ago. But the core of the playing squad has been here since the end of October and so have the management, and it is beginning to show, whether they realise it or not.

It is a peculiar phenomenon, but emotions on a tour are contagious, just as they were when South Africa toured the subcontinent for the first time all those years ago. Hotels and airports, food and hygiene were challenges back then that today’s players can barely imagine.

For much of the past fortnight, the Proteas have been bolstered by the presence of families. Thirty-one-year-old bachelor Dale Steyn described the atmosphere as “fantastic – I am an uncle to all the kids”, but, inevitably, it’s not that simple.

Morné Morkel and JP Duminy have both very recently become parents with their wives, Roz and Sue, and, as most first-timers will attest, the first year or two can be difficult, never mind the first few months. The smallest task in a hotel, such as sterilising a bottle, can become an insurmountable problem, especially with a dose of sleep deprivation thrown in.

Now let’s look at the cricket. After undeniably thrilling T20 and one-day international series wins, the Test series – the truest and hardest challenge – has gone nastily wrong. Patience and grit on a turning surface in Mohali resulted in horrible results for the batsmen. They expected the conditions, they spoke of them, and failed. Twice.

When meteorological conditions conspired spectacularly in their favour for the second Test in Bangalore, disallowing groundsmen to prepare another dry, spinning surface because of the incessant rain, which eventually ruined the game, the Proteas adopted a different, more aggressive strategy and still failed against India’s spinners.

This time, they “backed themselves” and counterattacked on a surface offering almost nothing to the spinners. Their failure, excluding the brilliant AB de Villiers, was even more spectacular.

The common perception among supporters watching from afar may be that Hashim Amla and his men would feel a lightness of spirit, a cricketing salvation by the weather, which claimed every minute of the past four days. It seemed a golden opportunity to move to Nagpur for the third Test and start afresh.

The trouble is, what will be different? They were hammered in three days on a spinning pitch in the first Test and then bowled out for 214 on a near-perfect pitch on day one of the second Test. If anyone had any doubts, they were quickly dispelled by India’s openers, who reached 80-0 in just 22 overs.

Then, for the next four days, far from feeling relieved, the tourists were forced to endure the ongoing humiliation of seeing their inadequacy displayed on the scoreboard for the many thousands who arrived at the M Chinnaswamy Stadium every day – despite the weather –and for readers and viewers around the world.

Anybody who thought India’s players might be tearing their hair out in frustration for four days in Bangalore can think again. The evidence of their superiority, so far, was untouched and untouchable. The frustration belonged exclusively to the Proteas, who were unable to get out on to the field to alter the scene of the crime and confirm that they are, actually, a much better team than they have been allowed to show so far.

Bangalore is, culturally though not geographically, India’s most “Western” city, with malls, movie theatres and restaurants. The Proteas will stay here for the next week before moving to the altogether different city of Nagpur 48 hours before the third Test begins.

They will attempt to regroup and refresh before the final attempt to reach the summit of a climb that has been remarkably successful, until the past few days. As always, it will be the last few steps that will be the hardest, in every way.