Pirates now pin their hopes on a miracle in Tunisia 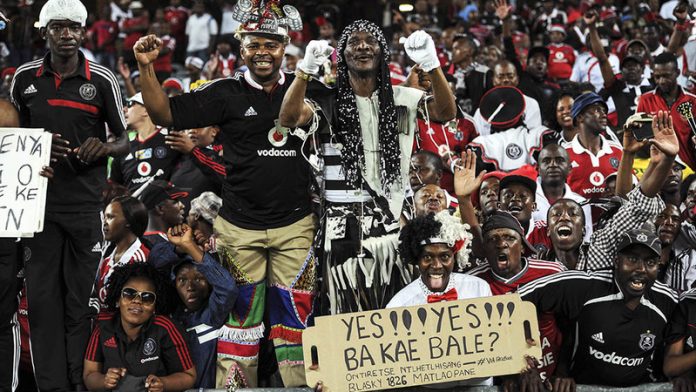 A moment of defensive ill-discipline could prove the decisive factor in stymying Orlando Pirates’ quest to win continental cup glory this year as they face a daunting hurdle in Tunisia on Sunday in the second leg of the African Confederation Cup final.

Just three minutes from the end of the first leg at the Orlando Stadium last weekend, Pirates were caught out of position and conceded a goal to finish up drawing 1-1 with Tunisia’s Étoile du Sahel, leaving themselves with a difficult task away in a cauldron of hostility in Sousse on Sunday.

The consequence of conceding a home goal in the first leg is that Pirates must score or will finish as runners-up, as they did two years ago in the African Champions League final when a similar moment of folly at home scuppered their hopes.

On that occasion, Pirates were caught fooling around with the ball on the edge of their own penalty box and were forced to concede a free kick as they were pressured into making an error that allowed Mohamed Aboutrika to score with a sensational set piece. After that, the Buccaneers were never in the tie against Al Ahli.

This time there is still hope, but a chunk of confidence has evaporated after the calamity of Saturday night, just when it looked as if Pirates would take a lead to Tunisia for the return leg.

Coach Eric Tinkler had spent all week in the build-up to the first leg emphasising the importance of not conceding at home and, 1-0 up after 32 minutes, Pirates seemed to have put themselves in an advantageous position before they bungled clearing a free kick and allowed Étoile du Sahel captain Ammar Jemal to score what he called “the best goal of my life”. It certainly will be if Étoile go on to win the trophy, adding to previous success they have had in the continent’s secondary club competition.

Tinkler has emphasised the positives of the first leg and tried to downplay the negative consequences of conceding at home. But it was like a defeat for Pirates in last Saturday’s first leg as players slumped out of the stadium afterwards while Étoile celebrated as though they had already won the title.

Scoring away from home has not been a problem for Pirates in the Confederation Cup this year – witness four goals in Cairo in the semifinal against Al Ahli – and Tinkler is insisting they will do so again.

But Étoile du Sahel know a goalless draw is enough for them to take the tie on the away goals rule and therefore are not expected to be too ambitious in their approach. They played a vigorous pressing game in the first leg and rely on the counterattack, often impressively.

Pirates’ goals on the road have come previously because the home side is more expansive and can therefore offer the space that the South African players thrive on. But to think Étoile du Sahel will come out and take the game to their opponents is to misunderstand the ready caution that is characteristic of the Arab approach.

It means players like Thabo Rakhale and Kermit Erasmus must find space for themselves after being shackled last Saturday.

Étoile came to Johannesburg well prepared and, despite tiring near the end, put up a tactical display that closed down many of Pirates’ traditional avenues of attack.

It took a spectacular goal from Thamsanqa Gabuza for the Buccaneers to go ahead. It was a left-footed cracker unlike any ever seen before from the gangly striker, who has had a massive boost in form and confidence over the past few months and is now hugely improved from the plodder who was signed from Lamontville Golden Arrows and could not crack the Pirates side for the first 12 months at his new team.

The hopes of Pirates fans, and the rest of the South African football community, which is united in backing them, rest on yet another mythic away performance where the club must produce way above expectation and confound convention.

They did so in Tunisia before, two years ago against Esperance in the Champions League semifinal, but continually having to come from a back-to-the-wall situation and rely on a near-miracle does not inspire confidence.