Earth’s climate having a ‘complete blowout’ 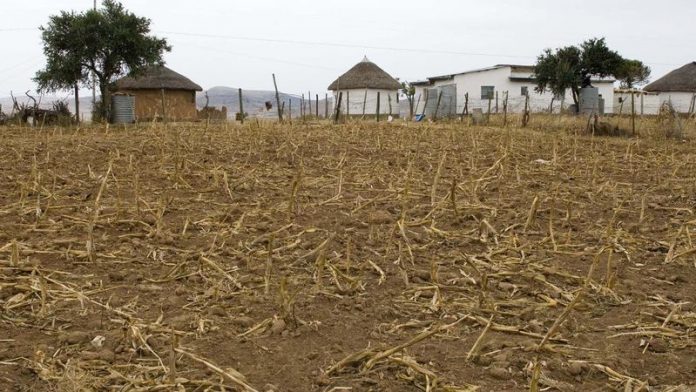 El Niño has gone off the charts. Literally. In record time, the phenomenon has significantly warmed the southern Pacific Ocean by 3°C. The large-scale ocean-atmosphere-climate interaction is predicted to continue until the end of the year. That takes world temperatures into uncharted territory, after a year in which almost all temperature records have already been broken.

This is a combination of long-term global warming – driven at an unheard-of rate, thanks to humans burning fossil fuels – and the short-term warming that comes from El Niño and other weather phenomena.

The long-term warming means the world is now 0.98°C warmer than it should be, with much of that warming coming in the past few decades. The United Nations’ climate agency says a more than 2°C rise in global temperatures will lead to wholesale ecosystem collapses.

That excessive warming tweaks weather systems and means crops and animals are unable to thrive. Most of South Africa’s crops and herbivores struggle to survive when the temperature heads above 30°C.

Last year’s heat and drought saw the wheat crop drop by a third, and more than 100?000 head of livestock have died in KwaZulu-Natal this year alone. El Niño also means little cloud cover, so night-time temperatures tend to plunge, which also disrupts the ability of plants to thrive.

The record heat has seen even the calmest of minds resorting to hyperbole. Jeffrey Sachs, director of Columbia University’s Earth Institute, said last week that the Earth’s climate system was seeing “a complete blowout”.

Nasa – which uses its satellites to observe climate change – has said this year will probably be the hottest on record. Those records, starting in the 1800s, traditionally showed a random pattern of record years. But nine of the 10 hottest years ever recorded have come in this millennium. The past 12 months have been the hottest on record.

Since 2000, average global monthly temperature records have been ­broken 32 times. The last time an average monthly cold record was broken was during World War I.

In South Africa the short-term and long-term heating is affecting the highveld the most. The UN’s climate agency forecasts that, by 2050, this part of the country will be an average 5°C hotter than it is now. November has already seen Johannesburg and Pretoria temperatures nudging 40°C, breaking long-held records.

As a whole, the country is now more than a degree hotter than it should be. That has exacerbated water stresses – South Africa is already water-scarce and semiarid without climate change and El Niño. With no meaningful rainfall predicted until mid-2016 and the Pacific set to keep warming, December should break even more records.