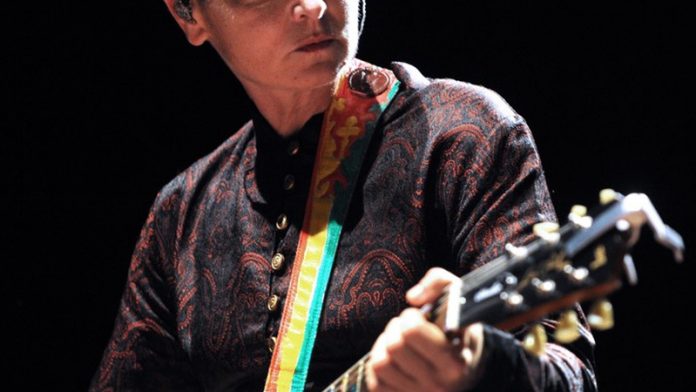 Irish singer Sinead O’Connor raised the alarm after posting what has been reported as a suicide note on her Facebook page yesterday. The emotional post states that the Nothing Compares 2 U singer took an overdose in a hotel in Dublin, Ireland. It seems being kept away from her children drove her to the edge.

“There is only so much any woman can be expected to bear,” O’Connor wrote. “What was done to me this week was appalling cruelty. By my husband, my family, by St Pats and by An Gardai Siochana, by my son, Jake and by Donal Lunny and Angela Singleton, by my son’s girlfriend, his friends… after everything I’ve been put through and been forced to go through alone…

“The last two nights finished me off. I have taken an overdose. There is no other way to get respect.”

Gardai Police were alerted to her message and found O’Connor, according to the Irish Examiner. The singer is now safe and is receiving medical treatment.

In the post, the mother of four lists her grievances and mentions just how abandoned she felt.

“I could have been dead here for weeks already and they’d never have known. Because apparently I’m scum and deserve to be abandoned and treated like shit just when I’ve had my womb and ovaries chopped out and my child is frighteningly sick,” she wrote.

O’Conner (48) underwent a hysterectomy in August and cancelled all of her 2015 shows in July to care for her ill child. The mother of four has been in battle against  two of her ex husbands to see her youngest children, Shane Lunny (11) and Yeshua Bonadio (8), People magazine reported.

US singer Tamar Braxton, who was due to perform as part of the BET Experience on December 12, has cancelled her trip to South Africa after being hospitalised with blood clots on her lungs.

In an Instagram message, Braxton said: “After yesterday’s final #dwts ( Dancing With The Stars) performance I went back to the hospital (after the doctors didn’t want me to leave in the first place) only to find out that I don’t have pneumonia but something way more serious and that is having several P.E.’s (blood clots in both sides of my lungs). As you all know I will be the first to always encourage anyone to push through any obstacle that comes along one’s way. But in this case, my health is my current obstacle… And in TRUE #tamartian form I must go about this the exact same way as I would anything else”.

The artist has also cancelled her upcoming US tour. Meanwhile, another US R&B singer is headed for South African shores. R&B and soul singer Mary J Blige is heading to South Africa to perform as part of the BET Experience Africa at the Ticketpro Dome on December 12.  Blige, who last performed in South Africa in 2007, will join artists Maxwell, Raphael Saadiq and Young Thug on the same stage as AKA, Flavour and Diamond Platnumz.

“I Love You Daddy” star dies

Ricardo Groenewald (43), best known for his 1987 hit,  I Love You Daddy passed away last week after a long battle with cancer. According to Sowetan Live, the child star went on to record three gospel albums and made his last public appearance on November 22 at His Grace Performing Arts Centre in Parow. In a wheelchair, Groenewald watched one of his children perform I Love You Daddy. He was admitted to the Tygerberg Hospital’s ICU unit on November 24, before passing on a day later. In 1989, the song earned him a spot performing on Stevie Wonder’s Children of The World Tour.  He will buried on December 4. He is survived by his wife and three children.

Mafikeng hip hop star Cassper Nyovest (real name Refiloe Phoolo), was no doubt a trending topic in South Africa this year. From his “diss track” to filling up the Ticketpro Dome in October, 2015 was his year and the MTV Base SA’s Hottest MC judging panelists agrees.

If the criteria was followed Mr “Dlala Ka Yona” should have been 3 spots higher. #BaseHottestMC. pic.twitter.com/jjqULTHtfE

MTV Base aired their annual list of South Africa’s top ten hip hop stars in 2015 on November 26 & 27. In 2014, Cassper took the second spot on the list, while K.O was voted number one by the panelists. This year’s list saw AKA, K.O, Ricky Rick and Okmalumkoolkat making it into the top five and last year’s number four Khuli Chana dropping to number seven.

The big winners at the Soul Train awards

English musician and music producer Mark Ronson and singer Bruno Mars won the Soul Train award for Song of the Year and Video of the year for Uptown Funk, while renowned producer and singer-songwriter Kenneth “Babyface” Edmonds was honoured with a Legend award for his 25 years of songwriting and producing at the Soul Train awards ceremony. The event was held yesterday in Las Vegas, Nevada.

Singers that included Brandy, Fantasia, Tevin Campbell, Bobby Brown and BoysIIMen paid tribute to Edmonds by performing a medley of his greatest hits. Soul singer Jill Scott received the Lady of Soul award, an award that according to Huffington Post, recognises icons for their longstanding presence in the industry and influence on the world of music past and present. This year Scott celebrates 15 years in the music industry and has now five studio albums to her name.

Other winners include: Omarion, Chris Brown and Jhené Aiko for best collaboration (Post To Be), The Weekend for album of the year (Beauty Behind the Madness) and Lecrae for Best gospel/Inspirational performance.