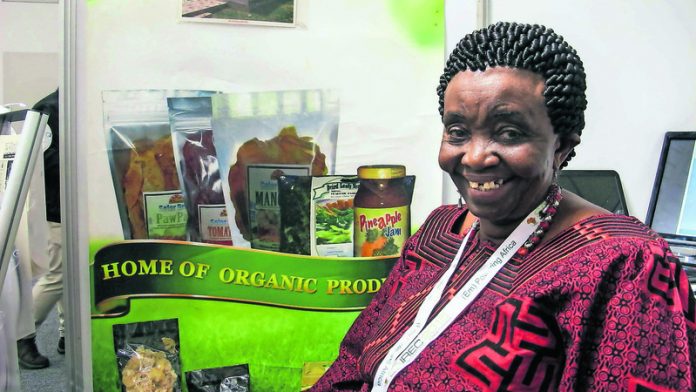 2015 has been a year of anniversaries. At UN Women, we have celebrated the Beijing Declaration and Platform for Action, the most progressive blueprint for women’s rights ever produced, which turned 20 this year; Resolution 1325, which urged countries to include women in their peacekeeping efforts, turned 15, and the SADC Gender Protocol, which set 2015 as the year to achieve its targets, reviewed what it has achieved. Finally, the United Nations itself turned 70.

This year also marked the announcement of the Sustainable Development Goals (SDGs), a set of targets for a new development agenda, building on the Millennium Development Goals that preceded them. There are 17 SDGs, which include climate change (Goal 13) and gender equality (Goal 5).

Now, another landmark declaration is close at hand. As 2015 draws to a close and leaders from across the world including President Jacob Zuma make their way to Paris for the United Nations Climate Change Conference, or COP21, UN Women is eagerly awaiting the new global accord on climate, the first in 18 years, that will likely emerge from the conference. If this accord is to succeed, it is vital that it takes into account the disproportionate effects of climate change on women.

When drought or natural disasters occur, or crops yield less because of rising temperatures, women are left more vulnerable to food insecurity, violence and exploitation as they seek to rebuild and provide food for their families. When water sources are polluted or scarce, it is women more often than men who travel further to find water, missing work or school and, in unsafe areas, expose themselves to danger.

Gender equality benefits every one of us, therefore, the universal agreement produced at COP21 must ensure the participation and leadership of women in decision-making processes; incorporate the use of gender indicators in reports and national action plans; commit to the allocation of significant and dedicated resources that promote gender equality and the empowerment of women, and support initiatives led by women and women’s organisations.

Most importantly, policymakers must ensure that all climate action is gender-responsive, rather than just gender-sensitive. In other words, it is important that not only does the document show an awareness of gender inequality, but that it focuses on concrete action.

Following the attacks in Paris, the people of France have received overwhelming support from the rest of the world. It is fitting that a meeting that aspires to something so bold and hopeful, so intent on unity is happening. Let us hope that some of that feeling will be used to tackle an issue that affects each of us, in a way that is sustainable.

2015 has been a year of anniversaries. Let it also be the year that a landmark agreement to fight climate change is signed. It is imperative that for such an agreement to be effective and sustainable, it takes into account that gender inequality constrains the ability of women to adapt to and cope with climate change.

Women farmers at the heart of climate change

As delegates and policymakers prepare for COP21 (held from November 30 to December 11) in Paris, small-scale farmers around the world are dealing daily with the effects of climate change. Unusual weather patterns, drought and natural disasters are decreasing productivity and pose a threat to food security and livelihood.
Responsible for 43% of agricultural production in developing countries, women are disproportionately hurt by climate change impacts. The existing gender inequalities experienced by women — including limited access to land, financing, and household and community decision-making — constrain their ability to adapt to and cope with warmer temperatures, rising water levels and natural disasters.

“The impacts of climate change are taking away the little that we can do to eke out a living from the land,” said Elizabeth Lachabaletsatsi at a workshop held by Gender CC in the lead-up to the Paris Climate Conference. She painted a picture of an existence that is growing more difficult each day, as water grows scarcer and that which is available is polluted. Lachabalesatsi was one of over 3 000 participants who took part in the series of workshops designed to highlight the impact of climate change on women and grassroots communities in the Eastern Cape, Limpopo, North West and Gauteng.

UN women executive director and former deputy president of South Africa, Phumzile Mlambo-Ngcuka, also highlighted these impacts in a statement ahead of International Rural Women’s Day (held on October 15) this year: “When alternative sources of food need to be found, it is usually women who have to do the extra work. Addressing the adverse effects of climate change through climate-resilient agriculture strategies and natural resource management is increasingly important for securing rural women’s rights, empowerment, and wellbeing.”

Clara Ibhiya sits in a huge hallway at the Cape Town convention centre. Around her, men and women navigate the stands at the South African International Renewable Energy Conference to find out about this new solar-pv panel, and that low-cost cooker. Smartly dressed in a long wax-cloth skirt with silver tassles, the 60-something-year-old talks about what she is here to display as part of an exhibition of green technologies organised by UN Women — Claphijo Enterprises, her fruit and vegetable drying business that she started 13 years ago in Tanzania.

“The women who are doing their small farms, their small gardens, are really happy. They used to take their things to the market, and wait there the whole day, sometimes not selling anything. Now they are assured of a customer,” says Clara. “Even myself. With this business I’ve managed to build myself a modern house. I’ve managed to take my kids to school. So I’m really happy about this project.”

Having learned about using drying to preserve organic produce from watching her mother dry roses, Clara’s idea came about when she noticed the abundance of fruit and vegetables in her village just outside of Dar es Salaam. She discovered that if she used air-drying rather than sunlight to dry the produce, she could preserve its life without destroying the nutrients. Today, her drying mechanisms are entirely solar-powered and able to dry 600kg of produce in just three days. Claphijo Enterprises sells dried fruit and vegetables, and pumpkin and potato flours.

Today, Clara employs seven people permanently, and up to 30 during harvest season. Almost all of her employees are women. Her technology is used in six other villages in Tanzania. Clara is just one example of how empowering women as critical actors in addressing environmental impacts helps many more women to enjoy their human rights, support household and community livelihoods, and spearhead innovative, green and sustainable solutions — vital if we are to successfully combat the effects of climate change.

Clara is also an example of the indigenous knowledge held by women of their environment, and a reminder that it is vital that we consult local communities when trying to implement change.

“The most inspiring thing,” says Clara, “Is that my last-born is the manager of the business. It’s so good, when you have a business that will go for another generation, it’s not common in our place. Usually when one starts a business and he or she dies, it goes with him. But with this business, I’m sure John will continue it.”