Gaming rAges on in SA (Pt 2): Developers get their game on 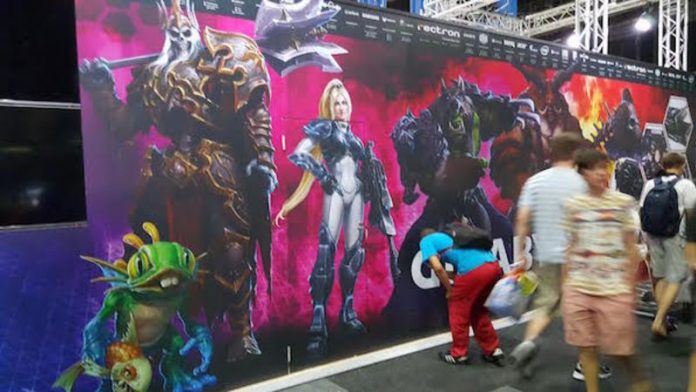 An innovative war game set in Vietnam. A puzzle game that composes original music as one connects the dots. A creepy cabin with clues to be solved. A fantasy game involving an alchemist and an inventor.

These are a few examples that reveal a vast variety of themes, topics and interests driving the South African game development scene. No one is getting rich yet, but some of the game-makers are attracting serious attention globally.

Every Single Soldier may not sound like the name of a serious software development house, but then neither does one expect a former banker to be making games. Johan Nagel, who spent 25 years in banking, rising to a senior position, eventually decided to pursue his passion full-time – but with a twist.

“I did board war-gaming for three decades, specialising in the 2nd World and the Napoleonic Wars, but it became the same build-up of forces, crossing borders, and destroying the enemy. How many simulations can you have of D-Day?

“I looked for something different, and had a real interest in post-World War II battles, so I decided to start a company called Every Single Soldier and create a counter-insurgency game. Vietnam-65 is a turn-based strategy game, but it’s about winning the hearts and minds of the local population, so it has very different mechanics.”

The game has proved a hit in the United States, which has generated about 80 per cent of its 20 000 unit sales, amid positive reviews of its fresh approach from across the globe. The game sells for $9.99 on the Steam gaming platform and the iPad App Store.

The publisher, London-based Slitherine, has already bought Nagel’s sequel, Afghanistan-11, and he is working on two further military simulation games. While five people worked on Vietnam, he has an outsourced team of nine completing the new game. He feels strongly about treating game development as a business.

“What’s missing in this industry is a businesslike approach. It’s more like a bunch of hobbyists tinkering around, and they never close a game. I’m aiming at producing four games a year. I’ve identified four studios in South Africa that are classy enough to produce decent games, and I’m popping one game into each studio.”

He is not shy about sharing the studio names, either, in case others want to follow his route: 24 Bit Games, Celestial, Retro Epic, and Render Heads.

“What Johan is doing is really great because it brings a lot of business sense to gaming community,” says veteran developer Travis Bulford. One of the grand old men of South African gaming, he was responsible for the original hit game from this country, Toxic Bunny, which sold 150 000 units in the 1990s. A high-definition version released in 2012 added another 10 000 sales.

“I ran out of steam and got married, so my focus changed. It was a game aimed at 10-13-year-olds and there’s no way to target 10-13 in the digital market.

I had to find a different way to do this.”

Bulford is about to become prolific again. His company Celestial Games is working on a psychological thriller called Montez and a horror game called Muti, while trying to raise funds for a Zulu War strategy game. Its next big thing, however, is “a bit of a cheeky game” called Battle Arena Drones (BAD), which embraces the clichés of the first-person shooter genre, but with attitude. Each drone is customisable, and each character lends capabilities to a team, forcing team play.

By the time the game was previewed at the rAge festival in Johannesburg in October, 400 beta testers had been signed up, with Bulford aiming at a thousand players to test the game.

“We need to test various technologies, graphic cards, processors, and Windows installations, for example. We also have a large drop-off, so a thousand becomes a lot less for final testing. Because it’s PvP (Player versus Player), we need more players to balance, find exploits and close holes. (prospective testers can sign up by emailing [email protected], or visit battlearenadrones.com).”

BAD will enter full beta testing in the first quarter of 2016, with a “soft launch” four months later on the Steam platform and for PCs – with a Mac game a possibility.

“It’s a free-to-play game, you never have to spend a cent, but the drone appearances are cycled and, if want to play any drone any time, you have to unlock it, and that costs currency. So do decals and paint jobs to make them look different. There’s no pay-to-win scenario, but you pay to control the experience better – and to brag!”

Meanwhile, Bulford keeps going by running a commercial business, Data Stone, which offers enterprise and mobile development. It has also produced an insurance system for capturing policies on Android devices, connecting to insurance companies’ back-end systems, and a project for the UNHCR called Refugees United, to help refugees find their lost families.

Clearly, it’s not all fun and game. But then, it’s not all hard work either, says John Nagel: “I’m trying to build it up to be a full day job. Four games will keep me busy. I came from a hectic job in the banks, and I’m enjoying this and feeling guilty because I’m enjoying it so much.”