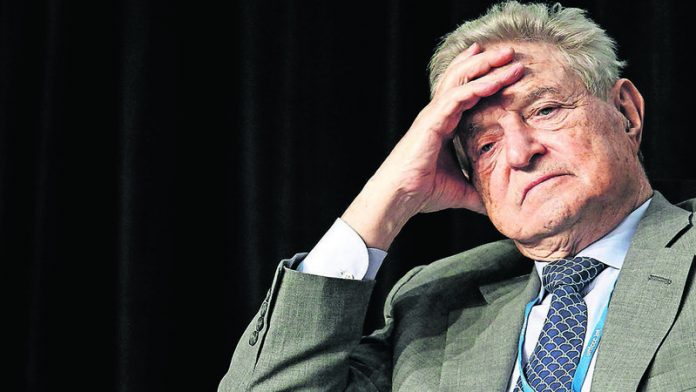 The Open Society Foundation and the Open Society Institute’s Assistance Foundation, both financed by George Soros, are the latest additions to a list of “undesirable organisations”, a list the government says is necessary to stop foreign governments from interfering in Russia’s internal affairs.

The two are accused of posing a threat to Russia’s constitutional order and national security.

Supporters say such organisations provide crucial funding for human rights and civil society organisations that Russian donors would not risk supporting, and blast the legislation on which the ban is based as a sign of an increasing government crackdown and paranoia.

Russia’s Parliament passed the law on “undesirable organisations” in May, and two months later the Parliament’s upper house sent the prosecutor’s office a list of 12 international organisations it wanted to see added to the list, including the two Soros foundations.

At the time, parliamentarian Konstantin Kosachev said the organisations on the list “criticise Russia at any chance and are trying to gain external control over the situation in our country and over our people”.

“This is a deeply unfair decision, although of course predictable in the current climate,” said Arseny Roginsky of Memorial, an organisation working on preserving historical memory, which has received grants from Soros for a number of years. “Soros has done much good for Russia since the 1990s, supporting education and science as well as civil society. The organisation should be thanked, not banned.”

The foundations closed their offices in Russia in 2003, but continued to disburse grants to a number of civil society groups.

“The authorities are using the law on ‘undesirable organisations’ to squeeze the life out of Russian civil society,” said Tanya Lokshina of Human Rights Watch. “While not banning foreign funding as such, they have banned specific major donors, and are pushing other foreign donors to stop their programmes in Russia.”

The National Endowment for Democracy, largely funded by the United States Congress, was the first organisation declared “undesirable” – in July.