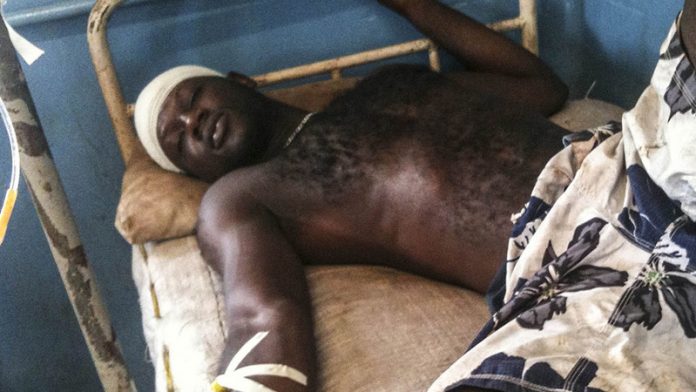 An iron ore firm once listed in London is being sued for millions of pounds over evictions and the alleged violent treatment of workers and villagers living near one of its mines in Sierra Leone.

African Minerals (AML) is accused of complicity in false imprisonment, assault and battery, trespass and theft of the claimants’ property. It is also allegedly implicated in a fatal shooting of a 24-year-old by police during a protest over pay and work conditions.

The allegations, which have been denied by AML, once again raises questions about the regulation of Western companies, listed in London, New York or on other major stock exchanges, when operating thousands of kilometres away in developing countries.

A London law firm will put the case on behalf of 142 claimants before a judge at the high court in London in a bid to get compensation for the injuries sustained in two incidents in 2010 and 2012.

In defence papers, the mining company denies liability, saying it has no vicarious responsibility for any actions of the police and the British courts lack jurisdiction for events in Sierra Leone.

Leigh Day successfully sued Shell on behalf of Ogoni people in Nigeria and has won £150-million for tens of thousands of the poorest people on Earth from some of the world’s richest companies.

Its latest case centres on two alleged incidents near an AML mining site on the outskirts of Bumbuna town in the north of Sierra Leone, where it says landowners were subjected to unprovoked violence and harassment.

According to court filings, several villages were taken over and hundreds of families relocated to allow the company to expand its operations. The majority of the claimants are small-scale or subsistence farmers and traders, many of whom had already sustained brutal treatment during the civil war.

Kadiatu Koroma, 25, one of the lead claimants being put forward by Leigh Day, has said she was beaten, raped and miscarried as a result of violence in the village in 2010.

“I remember seeing big AML trucks coming to work on our farms. They didn’t speak to anyone. We had already planted our produce and we gathered as a community and started grumbling. We were saying, ‘How can these people come and work in our farms without saying something to us?’,” said Koroma in papers submitted before a pre-trial hearing on Monday.

She said the villagers told the mining company they were trespassing on their lands and set up a roadblock to stop them destroying their farms.

Trucks of police then arrived and opened fire on the community. In written evidence gathered by Leigh Day, she said there were three AML men with the police, including its community relations officer, Yallan Atkins Koroma.

In her affidavit, she said she was grabbed by the police, beaten with a stick and then bundled into a truck half-naked, after her shirt was torn off her. She said they were then taken to an AML camp where people were flogged and beaten. Kadiatu was two months pregnant at the time and lost her baby.

“We all wanted to stop AML from destroying our farmland so I was guilty just because I lived in the village,” she said.

In the second incident at the mine two years later, it is alleged excessive force was again used against defenceless victims, when police tried to quash a protest staged by workers over low wages and unfair treatment.

In the attempt to maintain order, a 24-year-old woman was shot dead and eight were wounded after police used live ammunition.

It is claimed that the 142 claimants “suffered at the hands of the defendants, the defendants services and/or agents and the Sierra Leonean police force, who, at all material times, were acting in concert with the defendants and/or as their servants or agents”.

In the aftermath of the clash, Sierra Leone’s Human Rights Commission conducted a full-blown investigation, with its report describing the incident as “a war zone”.

Sierra Leone has one of the largest deposits of iron ore in Africa and AML was once one of the country’s largest employers with almost 7 000 staff supplying the raw material for China’s production of steel.

According to Human Rights Watch, hundreds of families were evicted from their land to make way for the mine near Bumbuna.

The founder, Frank Timis, a Romanian-Australian businessperson based in London, lost control of the company earlier this year when his Chinese backers, Shandong Iron and Steel, took control of the London-quoted company’s debt. – © Guardian News & Media 2015