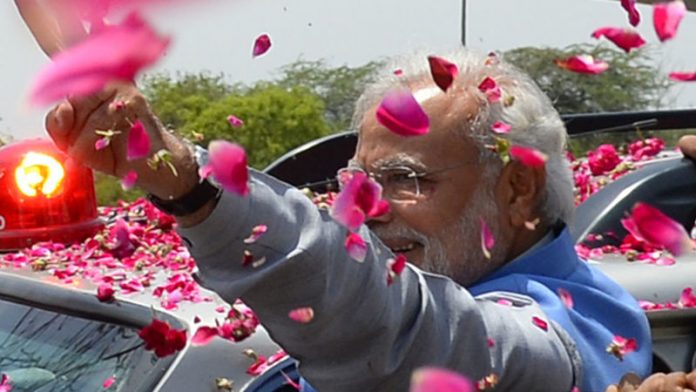 To many eyes, India looks like a roadblock to an effective world climate deal. Prime Minister Narendra Modi’s demand for “climate justice” – meaning that rich nations should reduce their carbon emissions even as India and others continue to pollute – reprises the polarising rhetoric that sank previous international attempts to battle global warming.

But there’s merit to Modi’s argument, and success in Paris requires that all countries recognise it.

The first thing to appreciate is that India’s fuel mix is growing steadily greener. Coal is still the cheapest and most abundant domestic fuel source, but it’s getting more expensive and harder to dig from the ground. Many banks already see more potential in funding solar projects than new coal-fired power plants.

That said, Modi’s central argument is sound: India can’t accept a hard limit on emissions when it’s still trying to lift hundreds of millions of Indians – more than 20% of whom lack electricity – out of poverty.

Western nations are most responsible for the greenhouse gases now in the atmosphere; the average American accounts for 10 times the annual emissions of the average Indian. But, politically, the chances that the United States and other Western nations will commit to lowering their own emissions fast enough to prevent dangerous climate change are slim. So it’s essential that they also help fund emissions cuts in the developing world.

Money devoted to mitigation in poorer countries is well spent. In India, solar power costs $96 a megawatt hour, compared with $107 in the US, according to data from Bloomberg New Energy Finance.

Building a new solar plant costs 70% more in the US despite much lower financing costs. Because most of India’s infrastructure is only now being built, smart investments can set the country on a sustainable and energy-efficient course.

What the country needs more is access to cheaper capital. And it’s taken welcome steps in this direction by authorising tax-free investment bonds and by setting up programmes to encourage private investment in renewables. Western nations could help by mobilising both public and private sources of funding, including soft loans from institutions such as the US Export-Import Bank.

As much as money, India and other developing countries need assistance with clean technology. Better grid technology could allow India to tap its potential for rooftop solar projects, for example, and access to next-generation solar cells could lower costs further.

This is not to say that India itself doesn’t have work to do. If it can’t raise its climate targets immediately, it should at least not block efforts to scrutinise the progress that all countries are making. Gas and electricity pricing and, in the nuclear-power sector, liability concerns need to be addressed to better encourage investment. And India could co-operate with Western companies by offering itself as a test bed for new technologies.

In the short term, India’s carbon emissions are almost certain to rise. But that doesn’t mean the country can’t help move the world toward a clean-energy future. – © Bloomberg