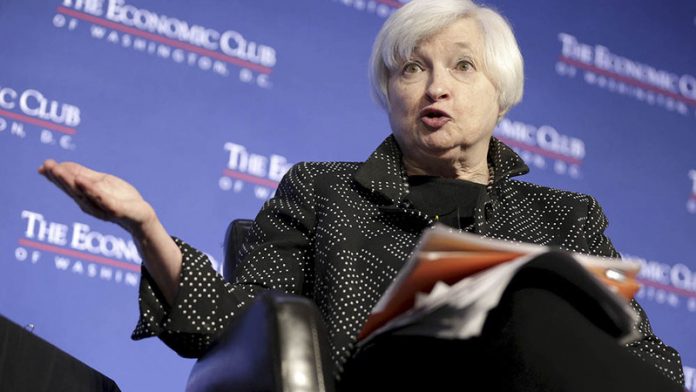 The preparations to raise United States interest rates this month by the chairperson of the US Federal Reserve, Janet Yellen, put the European Central Bank president, Mario Draghi, in the vanguard of the global charge to tackle feeble inflation.

The fresh wave of monetary stimulus he unleashed on Thursday may become the best chance for a much-needed impetus to consumer prices.

The ECB policy for the 19-nation currency bloc may set the pace for other central banks. That would help keep the worldwide monetary position accommodative, in an environment where inflationary pressures are minimal, even as the Fed tightens for the first time in nine years.

“We see the ECB as now taking on the Fed’s mantle as the primary risk manager among global central banks with respect to downside risks [for the economy],” said Krishna Guha, the vice-chairperson of Evercore ISI in Washington. “This is a seminal shift.”

Yellen said on Wednesday she was confident in the US economic outlook and warned of risks if the Fed waited too long before increasing interest rates.

“Were the FOMC [federal open market committee] to delay the start of policy normalisation for too long, we would likely end up having to tighten policy relatively abruptly to keep the economy from significantly overshooting both of our goals,” Yellen said.

Even with the euro area’s recovery confirmed by incoming data such as hiring, Guha said Draghi was taking out insurance against inflation staying too low as emerging markets stumble and geopolitical concerns rise. That was in keeping with how the Fed used three rounds of quantitative easing to guarantee the US expansion.

“He’s not being a global citizen in doing the right policy,” said Marios Maratheftis, the chief economist of Standard Chartered. “He’s doing the right thing for his economy.”

The ECB’s goal of inflation just under 2% hasn’t been reached since early 2013 and data on Wednesday showed the rate unexpectedly stalled in November at just 0.1%.

Four years into his eight-year term, Draghi has shown he’s comfortable making waves. He burnished his reputation as an aggressive policymaker in 2012 when he committed himself to doing “whatever it takes” to save the euro from the region’s debt crisis.

Earlier this year, he overcame divisions within the central bank to deliver quantitative easing.

For Elga Bartsch, the co-chief global economist of Morgan Stanley, what’s also new is the desire to set the tone in financial markets without waiting for Yellen’s input.

Fed officials will set US monetary policy on December 16.

“My sense is that Mario Draghi wants to be on the front foot on this one,” Bartsch said. “The change is it’s not everyone waiting for the Fed.”

Morgan Stanley believes that, along with stimulus from the Bank of Japan, the ECB’s additional purchases will offset the lack of additional bond-buying from the Federal Reserve and the Bank of England.

The ECB’s assets of €2.7-trillion are equivalent to 20% of euro-area gross domestic product, and growing. Fed assets total $4.5-trillion, about a quarter of the US economy.

The ECB may also in effect dictate moves elsewhere in Europe. As loose monetary policy weakens the euro against currencies such as the Swiss franc, the Swedish krona and the Danish krone, it risks making those economies’ exporters less competitive, and so draw a response from their central banks.

The Fed is likely to be in a minority. Capital Economics predicts that, of the 20 central banks it monitors, 58% will ease their monetary policies between now and the end of 2016, and 30% will tighten them. The People’s Bank of China, the central bank for the world’s second-largest economy, is expected to ease them.

Even when the Fed starts to raise rates, it won’t be especially hawkish. Yellen has pledged to be careful as US inflation remains weak. Citigroup predicts the benchmark rate will rise to 1.5% from near zero by the end of 2017. In the past three cycles, it was boosted by 200 basis points in the first year alone.

“Global monetary conditions should remain very accommodative in the years ahead,” said Michael Pearce, an economist at Capital Economics. – © Bloomberg

Have you made the most of your tax-free investment contributions?
Read more
Business

Vocabulary needed to make sense of the new normal

Negative rates are seriously spooking markets. Money managers are used to getting a positive return on their investments
Read more
Business

Consumer health improves but consumers are not yet clear— Transunion

The appreciation of the rand, low food inflation and stable interest rates have been positive for consumer confidence.
Read more
National

"Although offering consumers relief on interest payments, the cut is the product of stalled economic growth."
Read more
Advertising