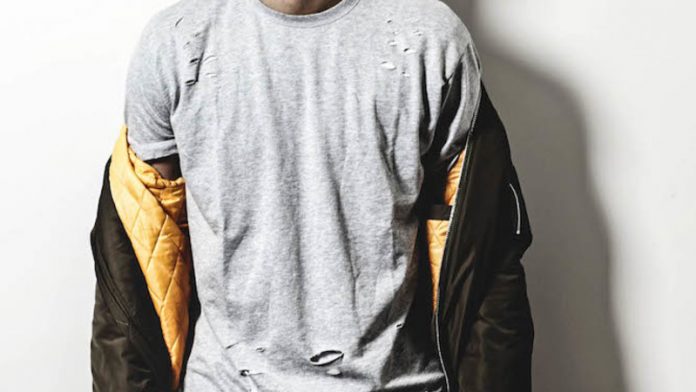 AKA and Nathi are among the South African artists who will join the likes of Maxwell, Raphael Saadiq, Flavour and Diamond Platinumz for the BET Experience Africa Event. Other artists billed for the event include Mary J Blige, hip-hop artist Young Thug, as well as Monique Bingham, Black Motion and DJ Euphionic.
More than just a music event, the experience will include food, fashion, comedy, dance and sport, in the form of a celebrity basketball game.
The Comedy Central stage will feature South African luminaries such as David Kau, John Vlismas, Joey Rasdien, Tats Nkonzo, Celeste Ntuli, Jason Goliath, Skhumba and Churchill (from Kenya).
Footwear enthusiasts can take part in Hunting for Kicks, a sneaker experience including a “swap meet”, customization and an exclusive sneaker cleaning service.
Genius Talks will feature opinion formers in a range of different fields, including sports and entertainment minister Fikile Mbalula.
Tickets for BET Experience Africa are on sale now at  ticketpro.co.za.

American singer Monique Bingham and house trio Mi Casa will end off the Kaya FM Bassline music series with a “house bash”. Bingham recently released her latest album, Best of the Last, and Mi Casa are coming off their Euro tour promoting the  release of their new album, Home Sweet Home.  Tickets R200 to R220 (webtickets.co.za ).

Admiral and Jah Seed play dancehall from 9pm. On December 5, from 7pm, Anne Kansiime, Ugandan comedian and TV presenter, is back in South Africa. She’ll share the stage with the group Dbn Nyts. Tickets from R300 to R1000 from webtickets or for reservations call 011 047 4542.

Jazz guitarist and singer Mdu Mahlobo and his band will be performing at the sundowner concert , with a line-up that also poets Sindisiwe Sibisi, Mwezi Yokwe, Mzamo Selby Dlamini and Chwayita Zizipho Bam. ?playhousecompany.com

Let’s Get Kultured hosts UK electronica DJ Martin Ikin alongside Bhakshar, G Major, Syzo B, Shugga, Stingray, I Am Rogue, Hart, Sui-Psy-D and others. Tickets R30 prebooked, or R70 at the door.

A weekly lineup of live music from acoustic to hard rock.

To raise awareness and funds for HIV-centered organisations, the 12th annual HIV benefit concert will feature artists Nathi, The Soil, Zonke, Thandiswa Mazwai, VJ Nutty, Sipho Mabuse, Ricky Rick, Donald, Stimela, and many more. Refreshments will be available for sale at the venue. Tickets from Computicket for R200 to R850.

This film zooms in on the lives of South African queers living in Cape Town and the contrasting image of post-1994 South Africa. The cast includes esteemed actors Fezzile Mpela, Lionel Newton, Sandi Schultz, Tina Jaxa and Terence Bridgett. Tickets from  ticket.tixsa.co.za and info from thebioscope.co.za

Set in 1988, Birth tells the story of 18-year-old Thembisa, who takes a train from the Eastern Cape to Gauteng in search of her aunt. She gets lost in the city of Pretoria, where she finds love and heartache and hardship. Birth premiered in August at the State Theatre in Pretoria; it stars Noxolo Maqashalala, Marcus Maredi and Khethiwe Ndlamini, and was written and directed by Joseph Komani. Info and tickets R80 online and R100 at the door.  popartcentre.co.za

Acclaimed director Janice Honeyman is back on stage this festive season with her production Bangalory’s Back. The show is targeted at a younger audience, aged 5 to 12, and it taps into the art of storytelling. Honeyman has written five short stories for the show, which she describes as “fast, fun, zany and sometimes even sad and touching”.

This comedy about love and money tells the story of the “Beaux”, Mr Aimwell and Mr Archer, two charming young men who have blown their fortunes in London and who now find themselves in debt. Marrying for money seems like the only way out for them. Cast includes Samuel Barnett, Geoffrey Streatfeild and Jane Booker. Tickets R100.  thefugard.com

The museum showcases additions to its permanent collection, covering the years between 2009 to 2015.

This is a multimedia exhibition by third- and fourth-level visual arts students.  unisa.ac.za

Stellar is an end-of-year group exhibition in aid of The Bookery.  salon91art.co.za