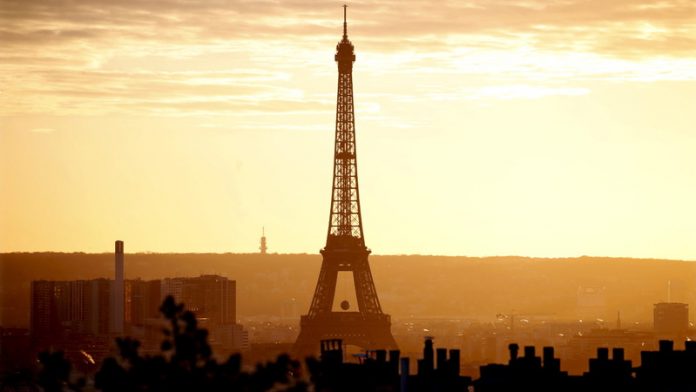 One of the key aims at the Paris climate conference is to set the planet on a more desirable greenhouse gas emissions trajectory. The talks in Paris are taking place on a landscape transformed since the failed summit in Copenhagen six years ago. Three crucial changes strongly increase the chances of an agreement, with implications for Africa.

The voluntary approach
At COP15 in Copenhagen, the negotiations adopted a top-down approach. A global emissions path was set and negotiators sought to determine a country’s responsibilities for achieving this path.

In contrast, a bottom-up approach is being adopted at COP21 in Paris. Individual countries offer what they perceive to be achievable and fair emissions paths for their particular circumstances.

This voluntary approach has greatly increased a country’s willingness to engage, expanding the scope of the agreement. In this new framework, the sum of country offers, formally called Intended Nationally Determined Contributions, is the projected global emissions trajectory.

In this new landscape, there is no prospect of all nations agreeing to adhere to a single global policy framework. Rather, countries and regions will set about achieving their nationally determined contributions in their own ways. And the means for achieving these ends will vary enormously.

Major strides in new technologies
Extraordinary developments have taken place in renewable energy technologies. Since 2008, the year before COP15 failed to produce a move towards effective global mitigation, the price of solar modules has fallen by 75%.

Declines in the cost of wind power have also been rapid, though not as dramatic.

Investments in energy production have reflected these changes. In 2014, the newly installed capacity of renewable energy systems surpassed that of fossil fuel-based systems on a global basis for the first time.

For instance, a World Bank study, which was meant to serve as a critical input to developing countries for COP15, was only published after the Copenhagen meeting.

To say that climate change information has been fully considered and appropriate policies assessed in developing countries is an overstatement. But the process of doing so is much more advanced than it was in 2009.

The 157 intended national contributions on the UN Climate change website are perhaps the most salient evidence of this improved knowledge base and higher level of engagement.

India and China are cases in point. In 2009, India viewed climate change mitigation as a developed country problem. Today, India has offered serious attempts to reduce the carbon intensity of GDP.

China has offered to peak emissions by 2030 with further declines in the decades after.

African nations are also taking part. Kenya has committed to reducing its emissions by 30% by 2030 relative to a baseline scenario. South Africa targets a peak in greenhouse gas emissions between 2020 and 2025 and then a decline after 2030. These offers, along with many others, come from difficult policy discussions and assessments in societies and governments.

Good news for Africa
The world stands at the cusp of an era of policy experimentation in driving a clean energy transition. The outcome depends on what transpires in Paris as well as the vigour with which countries pursue agreed contributions. If implemented, the global emissions trajectory that emerges from COP21 would represent a turning point.

A promising path towards a stabilised global climate lies ahead. An important step down this path will be successful negotiation and implementation of CoP21.

From the African perspective, this is very good news. The continent is one of the world’s more vulnerable regions. Africa has very good reasons to avoid extreme warming scenarios and thus a strong preference for effective global mitigation policies. The continent also possesses abundant sun, wind and hydropower resources as well as substantial, and growing, reserves of natural gas, which is a relatively clean fossil fuel.

Renewable energy sources present clear challenges because of their intermittent nature. But all countries face these challenges. The scale and breadth of Africa’s renewable energy endowments place the continent in a favourable position.

In a world characterised by globally effective emissions constraints, Africa has the potential to exploit a comparative advantage in energy production.