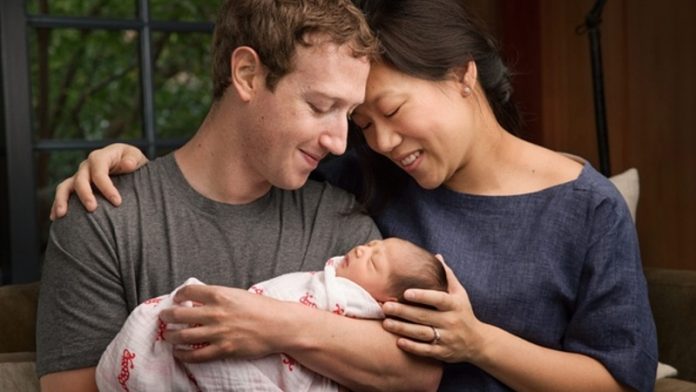 The letter was signed “Mom and Dad” but it was aimed, of course, at the world. Mark Zuckerberg’s letter announcing that he and Priscilla Chan were giving away 99% of their Facebook shares is just over 2 200 words long. That’s room for a lot of detail – and he seems to offer it. He specifies the amount of the gift: $45bn at current market value. He emphasises the need to adopt long-term solutions over short-term fixes. He suggests that his and Chan’s mission of advancing human potential and promoting equality “will require a new approach for all”.

The world responded in an understandable manner: we went apeshit with excitement. Or, to put a sociological gloss on things, we experienced “collective effervescence”, the sociologist Émile Durkheim’s term for rare moments of community cohesion marked by mass outpourings of a shared sentiment. There were some early sceptics, those quick to impute a selfish motive. But they were soon deafened by the global chorus of well-wishers chanting the same refrain: thank you, Mr Zuckerberg. Thank you for your revolutionary gift. It turns out neither assumption was right. There was no gift. Nor, in contrast to what we’ve been hearing over the past few days, is there anything particularly revolutionary about Zuckerberg’s new business model.

Whether you call it charity or philanthropy, one thing is clear about Zuckerberg’s business transaction: he didn’t surrender anything. He set up a new investment company, a limited liability company called the Chan Zuckerberg Initiative, and transferred $1-billion in Facebook shares to it. As Jesse Eisinger reported in the New York Times, Zuckerberg simply “moved money from one pocket to the other”.

The global media took an unmerited pummelling for “rushing” out its reports on Zuckerberg and Chan’s announcement – why on earth did the New York Times call it “charity”, one wag queried, when it isn’t? The answer is that when a wealthy man announces he’s giving away 99% of his fortune it’s reasonable to assume that at least some of it must be going to charitable causes.

Then things got really interesting. As if sensing that our newfound effervescence had fizzled rather abruptly, a crack team of management scholars and business journalists took up arms, manning airwaves and TV stations and the open-planned domiciles of new media startups funded by tech entrepreneurs based in Hawaii – and tried to cheer us with a single message. You’re right, they conceded. It’s not charity. But here’s the thing: it’s better than charity. It’s a new, radical movement that we like to call “philanthrocapitalism” – and it’s going to make you all rich. How, you might ask? By giving more philanthropy to the wealthy.

The most eloquent scribe of the philanthrocapitalism movement is Felix Salmon, a once-sceptic turned believer who offered this homage to Zuckerberg’s new investment vehicle: “Mark Zuckerberg isn’t going to be satisfied with small, visible interventions which don’t scale – feeding the hungry, say, or giving to the poor. Such activities improve the world, but they don’t change the world.” Zuckerberg, Salmon insists, wants radical change – and giving to the poor won’t achieve that.

Salmon’s right to suggest that Zuckerberg and other tech entrepreneurs often share an aversion to helping the poor directly. But he’s mistaken in suggesting the philanthrocapitalism movement – which includes a dizzying array of new techniques for making money out of the poor – is anything novel. On the contrary, this phenomenon – a trend you’re likely to hear endless upbeat stories about in the coming weeks, months and years – is simply an extension of a centuries-long effort to enrol every segment of the known universe into a realm where it’s possible for individuals to profiteer from their relationships with other people.

The only thing new about the “new” philanthropy is that an older and stronger beast that’s been chasing for years after the riches it can smell in the non-profit world has finally caught up to its prey and begun feasting. Philanthrocapitalism is what happens to charity after capitalists swallow it.

Three trends exemplify the philanthrocapitalist turn: the rise of microfinance; the growth of impact investing; and the rise of new investment vehicles such as Zuckerberg’s new limited liability , which structure themselves as for-profits so that they can offer financial grants and investments to for-profit recipients without the same disclosure and transparency requirements that non-profits face. Even Bill Gates’s foundation – although a traditional private foundation and not an LLC – has been ramping up its gift-giving to for-profit corporations in recent years: offering, for example, a non-repayable $11-million grant to MasterCard in 2014 to help the company expand its operations in Nairobi.

In each of these cases – microfinance; impact investing; and growing grants to corporations – there is little direct evidence of positive outcomes for the global poor and considerable evidence that such trends tend to enrich the wealthy at the poor’s expense.

The best case is microfinance. Study after study has shown that the practice has zero or negligible effect on poverty reduction. The UK’s Department for International Development published a 2011 study suggesting that assumptions of microfinance’s value for the poor appeared to rest on “foundations of sand”. And yet microfinance’s failure to improve poverty in developing regions hasn’t dented its profitability for companies that offer loans on a for-profit basis. Returns for wealthy investors routinely outperform the S&P 500 index. Rebranded as “financial inclusion”, microfinance continues to be championed by organisations such as the World Bank and Gates Foundation as a development fix. The economist Milford Bateman calls it a “zombie policy, a dead and rotten idea that nevertheless keeps rising from the grave”.

Impact investing – the idea that it’s possible to earn financial returns from investing in programmes that offer social benefits – is another “radical” trend where visible gains vastly lag behind the hype. One former enthusiast published a chastened warning for other investors in the Huffington Post. “Business is arguably the most powerful institution on earth …[raising] quality of life across the globe. But it hasn’t done so fairly. Massive inequality in wealth is the fundamental justice issue of our time. Nor has it done so sustainably,” Kevin Lynch, a former CEO of the Social Enterprise Alliance, writes.

Though Lynch once assumed that impact investing could marry the for-profit and non-profit realms for the common good, he soon changed his mind, and now fears that the “illusion of impact investing will shift dollars away from philanthropy”.

Zuckerberg is being hailed for his “unusual” decision to establish a business to channel his wealth into good deeds. But we shouldn’t be dazzled by the appearance of novelty. Trying to blend good deeds with good deals is neither revolutionary nor unprecedented. It’s simply another step on the dogged march to source new supplies of capital. It’s business as usual, rebranding as philanthropy, and announced with a deceptive air of selflessness that left us near-grovelling in thanks.

Linsey McGoey is the author of No Such Thing as a Free Gift: The Gates Foundation and the Price of Philanthropy

The co-founder of Microsoft and the richest man in the world set up the Bill and Melinda Gates Foundation in 2000 with the goal of reducing inequality.

The business magnate and former New York City mayor is creator of the Bloomberg foundation, which gives primarily to educational, health and environmental causes.

Buffett, the celebrated investor known for living a relatively frugal life, has pledged to give away 99% of his wealth.

The Scottish retail tycoon, who began selling trainers from the back of a van, established the Hunter Foundation, an initiative to help educational and entrepreneurial projects in Scotland, and sustainable development in Africa. – © Guardian News & Media, 2015